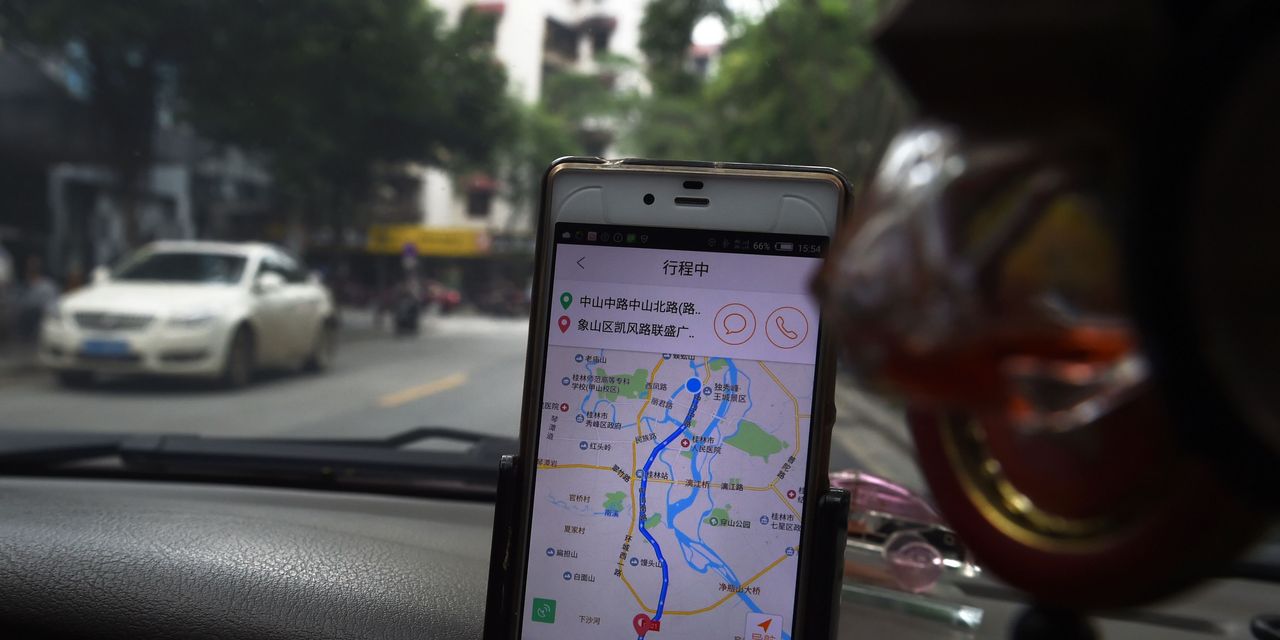 Didi did not state a targeted amount to raise, nor name which exchange it intends to trade on, information that could come with updated filings with the Securities and Exchange Commission. It expects to list under the ticker symbol DIDI. The Wall Street Journal reported Thursday afternoon that the company could receive a $70 billion valuation through the offering, and will seek to raise up to 10% of that amount, citing anonymous sources.

The company — which filed under a parent company’s name, Xiaoju Kuaizhi Inc. — did reveal in Thursday’s filing that it turned a profit in the first quarter after years of large losses, with financial records showing GAAP net income of 5.49 billion rembini ($837 million) on revenue of RMB 42.16 billion ($6.44 billion), up from a loss of RMB 3.97 billion on sales of RMB 20.47 billion the year before.

The profit stemmed from Didi investments that added more than RMB 12 billion to the bottom line in the quarter, “primarily due to the deconsolidation of Chengxin Technology Inc., or Chengxin, the entity engaged in the community group buying business, from which we recognized an unrealized gain of RMB 9.1 billion,” the company stated. Prior to that, Didi reported annual losses of RMB 10.6 billion, 9.7 billion and 15 billion in the past three full years.

U.S. counterparts Uber Technologies Inc. UBER, +0.83% and Lyft Inc. LYFT, +0.51% have not produced a quarterly profit since going public in 2019. In their most recent quarters, which mirrored the time period of Didi’s first quarter, Uber reported a loss of $108 million — its smallest quarterly loss as a public company — on sales of $2.9 billion, while Lyft lost $427 million on sales of $609 million. Uber did report a quarterly profit before going public, in the first quarter of 2018, as a result of revaluing its investment in Didi; the company reported a quarterly loss of more than $3 billion last May as a result of lowering the valuation of its Didi stake.

For more: Uber admits that ride-hailing is worth less because of COVID-19

Uber currently owns about 12.8% of Didi as the result of Uber exiting China and selling its subsidiary there to Didi. The complicated transaction resulted in Didi owning shares of Uber — which it sold in late 2020 — and Uber holding the second-largest equity stake in Didi ahead of its planned IPO.

The largest stake is held by SoftBank Group Corp.’s 9984, -0.27% Vision Fund, which owns 21.5% of the equity ahead of IPO. Chinese tech giant Tencent Holdings Ltd. 700, -0.33% owns 6.8% of the equity, slightly lower than the 7% owned by Chief Executive Will Wei Cheng, who founded the company with Didi’s president, Jean Qing Liu.

“I still remember that wintery night in Beijing in 2012,” Cheng wrote in a founders’ letter in Thursday’s filing. “It was snowing hard. My jacket was no match for the wind. I wasn’t alone. There was a long line of freezing people, ahead of and behind me, all waiting with growing frustration for a taxi to take them home. This was a common experience for me since, like most Beijingers, I never had a driver’s license. This night was different for me. Unlike the other people in line, I was not frustrated because I had a plan. We launched Didi that year with the simple goal of making it easier for people to hail a taxi. By the end of that year, Didi was already helping 100,000 people a day, including myself, to get home and out of the cold more easily.”

The founders’ letter references previous struggles that would be familiar to Uber and Lyft. The founders obliquely referenced riders killed by drivers in 2018 and complaints that drivers are not treated fairly as the company pushes for autonomous-driving technology.

After the two deaths of female passengers at the hands of drivers on the platform, Didi’s founders said, “We made significant changes to our driver onboarding process, including enhanced background checks.”

“We also re-designed more than 200 product features and installed smart devices with telematics and other functions as well as safety hardware into Didi cars across the country. We also established a physical safety ‘SWAT’ team that could get to any city in China within a few hours to respond to safety incidents on the ground,” they wrote. “The heavy lifting was worth it. Following these changes, we saw a massive drop in the number of criminal incidents per million rides on our platform as well as significant declines in the number of in-car disputes and traffic accidents.”

As for questions about treating drivers fairly, Didi’s founders and top executives said that “we have always sought to improve the earnings and benefits for our partners.”

“We have always started by listening via regular feedback sessions, and over the years have implemented a number of industry leading benefits and support measures — from buddy systems to bolster physical well-being programs, to scholarships for the children of drivers to help them attend some of China’s top universities,” they wrote. “We are committed to treating our partners with respect, while providing the opportunities and support they need and deserve. As changes take place over the coming decades, we will continue to invest in and work with them.”

Didi does not operate in the U.S., but does have operations outside of China, operating in 15 countries in Asia, Africa, Europe and South America. It also has operations aside from ride-hailing, including bike-sharing services, freight services, food delivery, leasing and maintenance plans for drivers’ cars, and an electric-vehicle charging network.

Didi has also developed and produced, in collaboration with Chinese auto manufacturer BYD Co. Ltd. 1211, +0.75%, an electric car specifically designed for ride-hailing services. Didi said that the D1 launched in November, and there are roughly a thousand of the vehicles in operation today; Didi has more than 1 million electric vehicles on its network, the company wrote in its filing, which account for roughly 38% of the mileage driven by EVs in China.

The company stated that it expects to spend 30% of the proceeds of the IPO on improving its technological capabilities, “including our shared mobility, electric vehicle, and autonomous driving technologies”; 30% on growing its international operations outside of China; and 20% on developing new offerings and expanding what the company currently offers. The rest would go to general corporate purposes.

The IPO will be led by underwriters Goldman Sachs, Morgan Stanley and JP Morgan. The company expects to sell ADSs with lower voting rights than executives receive, though the ratio of voting rights was not revealed in Thursday’s filing.

Market Snapshot: Stocks close higher with S&P 500 up 17% for year to date ahead of U.S. – China trade talks