Dole is one of the biggest producers of bananas and pineapples in the world. Read More... 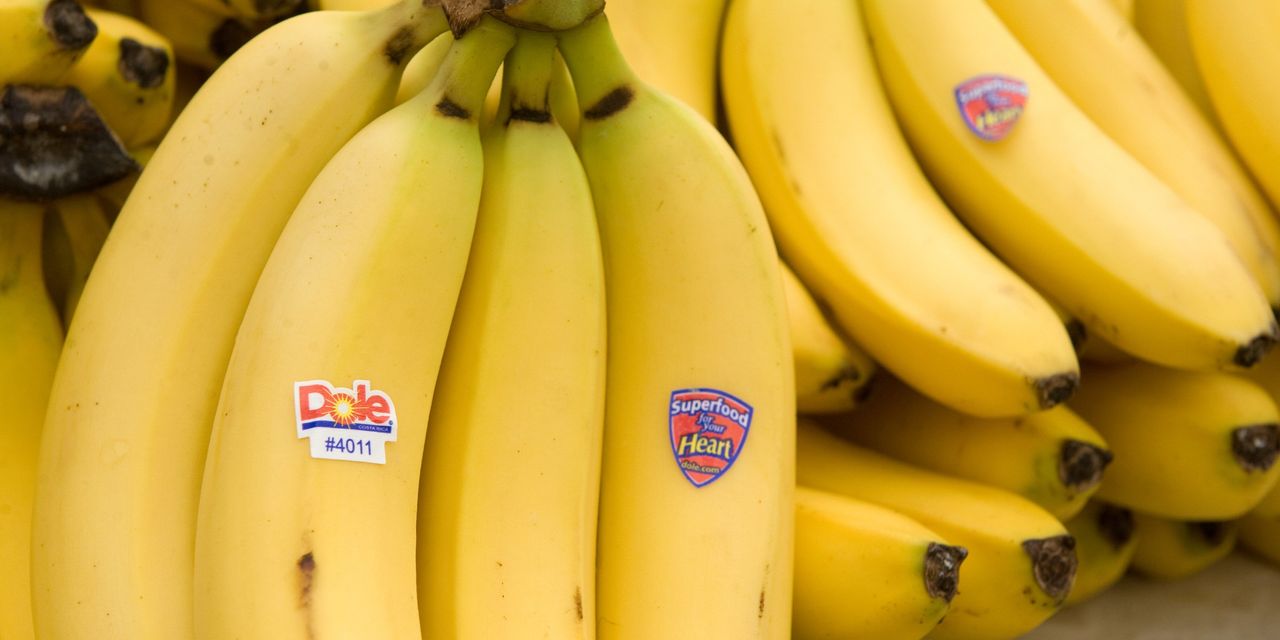 Dole Plc, the Dublin, Ireland-based fruit and vegetable giant, is going public with plans to list on the New York Stock Exchange under the ticker ‘DOLE.’

The company plans to offer 26 million shares priced at $20 to $23 each. At the top end of that range, the company would raise $598 million and it would be valued at $2.1 billion.

Goldman Sachs & Co., Deutsche Bank and Davy are the lead underwriters in a syndicate of seven banks working on the deal.

Dole Plc is the result of a merger of Dole Food Company and Ireland-based Total Produce, a process that began in 2018 when Total Produce took a 45% stake in Dole.

“The transaction will simplify the existing structure between the two companies by unifying Dole and Total Produce under common ownership, with the objective of enabling full operational integration, realization of synergies and value creation across the enlarged business,” the companies say on a joint website that outlines each individual company and their combined synergies.

See: Zevia IPO: 5 things to know about the zero-calorie beverage company before it goes public

Proceeds of the deal will be used to repay debt and to cover the costs of the merger.

Both Dole DOLE and Total Produce were founded in the 1850s with business now focused in North America and Europe. Together, the two fruit and vegetable markets are worth $335 billion with 2.7% growth expected from 2020 to 2025, according to prospectus data provided by GlobalData.

The prospectus also provides Nielsen data showing the increased foot traffic to the perimeter of the grocery store where produce is usually displayed.

“Food retailers have sought to embrace these consumer trends towards health and wellness and sustainable consumption by continuing to focus on the fresh produce aisle as a core perimeter-of-store category and footfall driver,” the document says.

Dole Plc will focus on growing its business in berries, avocados, and organic produce, in addition to building on the existing strengths of the company.

“The Dole brand is underrepresented in Europe and we see an opportunity to grow it in countries including U.K., France, Ireland, Spain and Portugal. These are markets where Total Produce has an established presence with distribution and manufacturing facilities,” the prospectus said.

“We are focused on being an enthusiastic, powerful advocate of good diet, health and well-being, and supporting consumers in making healthier choices by consuming more fruits and vegetables. We are committed to continuously improving our practices and enhancing our sustainability measures across our organization,” the company said.

The company offers more than 300 products, including items for plant-based and flexitarian diets, and had pro forma assets totaling total $4.7 billion as of Dec. 31, 2020.

Dole depends on a core group of customers in some regions.

“Overall our top 10 customers accounted for approximately 30% of pro forma revenue for fiscal year 2020, although no one customer accounted for more than 10% of combined revenue,” Dole said.

Frank Davis will be chief financial officer after the offering. He has been a director since February 2021 and was finance director and a board member at Total Produce since 2009.

Watch: Which sectors stand to win or lose as inflation creeps up

Here are five more things to know about Dole before its IPO:

Dole acknowledges a high debt burden and a lot of goodwill

Dole has about $1 billion in long-term debt. “We may face risks related to servicing our substantial debt,” the company says in its prospectus.

Its balance sheet shows it had more than $1 billion in goodwill as of March 31. “Goodwill and other intangible assets are subject to the risk of future impairments which could adversely impact our operating results,” says the prospectus.

“While no misstatement was identified, this material weakness could result in a material misstatement of our annual or interim financial statements that would not be prevented or detected and corrected on a timely basis.”

Dole will pay a quarterly dividend

As an established company with a history of profits, Dole intends to pay a dividend, which will be in line with what Total Produce has historically offered.

“Total Produce has a long history of paying regular interim and final cash dividends to its shareholders each year, progressively increasing the dividend payout in line with growth in earnings,” the prospectus says.

Dole has about 40,000 employees across 29 countries. The company warns that it uses “significant numbers” of immigrants in the U.S. to harvest its crops and work in salad manufacturing plants, creating exposure if those workers were no longer allowed to work for it.

“A scarcity of available personnel to harvest agricultural products in the United States could increase our labor costs, increase our product costs or lead to product shortages, and adversely impacting our business, financial condition and results of operations,” the prospectus says.

Dole’s key banana crops are at risk from a disease

Tropical Race 4 (TR4), a crop disease that affects bananas, has popped up in places where Dole sources its product. A TR4 predecessor forced the banana industry to grow the Cavendish banana that is cultivated now.

“While TR4 is a significant threat to the Cavendish banana, other options currently exist and are being developed,” the prospectus says.

However, a TR4-tolerant banana currently being grown in Asia and Australia is up to 20% less productive than the Cavendish and has higher production costs. Costs for TR4 prevention in Latin America as well as other contingency plans, including deployment of genetically modified banana plants have been $6.7 million to date, with $5.3 million additional spend expected in 2021 and $7.2 million in 2022.

The company has credit risk

Dole extends credit to its key customers. On a pro forma basis, Dole would have had $741.0 million in trade receivables outstanding as of Dec. 31, 2020.

“If we encounter future problems collecting amounts due from our customers, particularly customers with a large amount of credit outstanding, or if we experience delays or customer default in the collection of amounts due, our liquidity could be adversely affected,” the company said.

Dole could also face costs and lawsuits tied to its use of chemical pesticides. The company stopped using DBCP, a nematicide, in 1979 after it was linked to male sterility in the factories where the chemical was made. There are pending lawsuits in the U.S. and abroad over the use of DBCP, which could yield legal costs and settlement payments in the future.

Dole also warns about costs that could come with the current use of herbicides and other potentially dangerous substances.

“Dole Food Company has been in the past involved in remedial investigations and actions at some locations, and we could in the future be required to spend significant sums to remediate contamination that has been caused by us, our predecessors, or prior owners or operators of our properties,” the prospectus says.

: EU leaders to U.K.: Keep the trade talks alive, and let’s do this deal