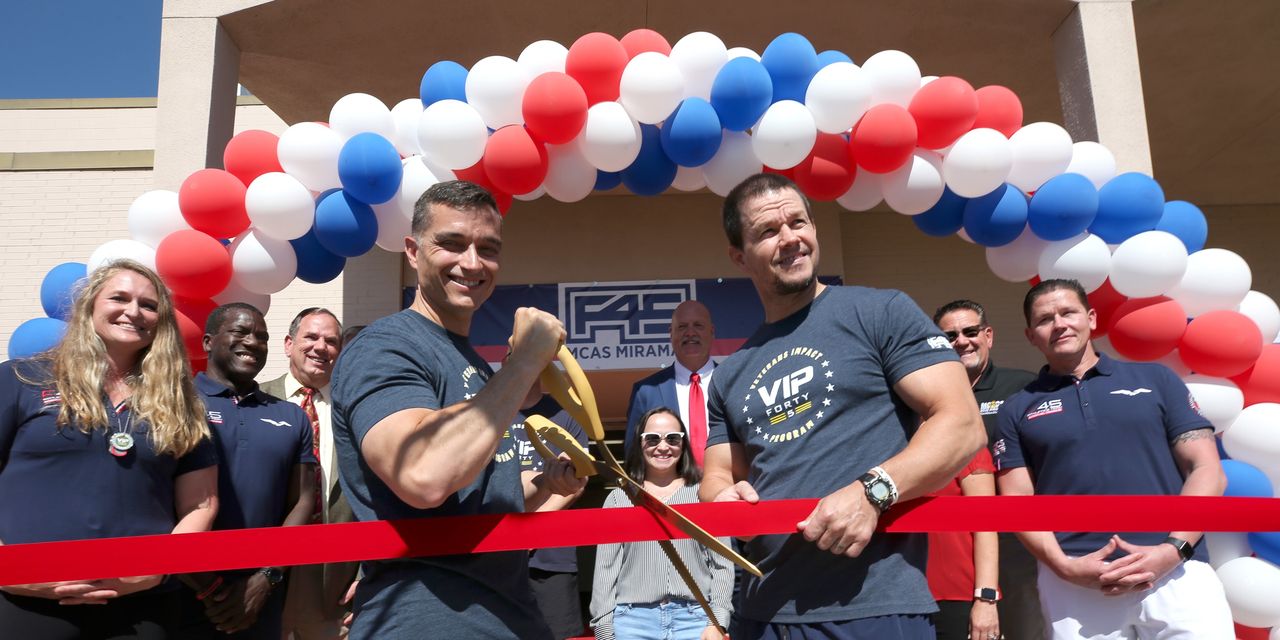 F45 Training Holdings Inc., the fitness studio franchisor backed by actor and producer Mark Walhberg, has gone public after a year in which the health club industry took a beating due to COVID-19.

F45’s deal priced at $16 per share, the midpoint of its proposed price range. The first trade on Thursday was at $17, which valued the company at $1.53 billion with 90.25 million shares outstanding after the IPO. The stock was slightly lower Friday.

F45 FXLV, -0.62% offers high-intensity “functional training” workouts that incorporate more than 3,900 movements. Studios are outfitted with screens and audio systems that broadcast the workout, equipment for members to use, and trainers that provide guidance.

Founded in Sydney, Australia in 2013, F45 now has 1,555 studios around the world. As of June 30, 1,415 of those studios (91%) were operating, with the remaining studios located in places still facing COVID-related restrictions.

The company said in its prospectus that it spent the pandemic launching programs to help franchisees, like rent deferrals and help with navigating government assistance. And the F45 AtHome Challenge launched for members.

“These strategies proved to be successful in driving engagement with, and retention of, our members during the pandemic, but we do not currently expect to further develop or focus on our at-home offering as our studios continue to re-open in full,” the prospectus said.

The U.S. fitness club industry lost $20.4 billion in 2020 after a year in which the industry generated a record $35 billion in revenue, according to data provided by IHRSA, the Global Health & Fitness Association.

Also: Soho House is going public: 5 things to know about the elite membership club before its IPO

“However, the permanent closure of 17% of clubs in the U.S.—and even higher in some countries—has left a large segment of displaced members seeking new alternatives,” said Jay Ablondi, IHRSA’s publisher, in a statement accompanying the release of the group’s 2021 report.

“Many surviving clubs in these markets have already seen significant increases in membership, outpacing pre-pandemic numbers. As we look to the future, all signs point to a strong comeback for the fitness industry.”

In addition to F45, Xponential Fitness XPOF, , a boutique fitness franchisor with chains including Club Pilates, Row House, a studio chain for indoor rowing, and Stride, a treadmill-based studio chain, has also filed to go public.

F45 is nearly 100% franchised, and has a goal to expand both in the U.S. and abroad. The company would also like to grow through partnerships with universities, the military, hospitality companies and corporations, with studios currently at Stanford University, the University of Texas at Austin, the University of Southern California, and, as of June 2021, at the U.S. Air Force Station in Miramar, Calif.

The company would also like to target new demographics. F45 launched Prodigy in 2018 for kids ages 11 to 18. And Malibu Crew targeting men over the age of 50 is in development.

F45 will use the proceeds from its IPO to pay debt, hand out employee bonuses, pay for certain assets acquired from the Flywheel indoor cycling studio chain, and for corporate purposes. The company has $248.6 million of debt, some of which it incurred during the pandemic.

F45 founder, 43-year-old Adam Gilchrist, is also the company’s chief executive and will serve as executive chairman now that the company is public.

Don’t miss: Dole IPO: 5 things to know about the fruit and vegetable giant before it goes public

Chris Payne, 41, has been F45’s chief financial officer since June 2018. Prior to joining the company, he was the CFO for the World Surf League, the governing body for professional surfing.

Among the company’s risk factors, it identified an internal weakness in its financial reporting.

“This includes an inadequate level of precision in management’s reviews of accounting documentation and journal entries, including a lack of evidence to support that a review had been performed,” the prospectus said.

“In addition, a lack of segregation of duties existed in certain key financial reporting processes, including a lack of separation between the preparer and reviewer of journal entries; individual users with administrative access to the general ledger, billing and payroll systems also having access to post journal entries; and insufficient implementation of the automated approval hierarchy for invoices in our billing system to ensure reviews were being performed by the appropriate personnel.”

F45 says it has taken action to fix its accounting issues.

3 Dow Stocks That Are Screaming Buys in 2021