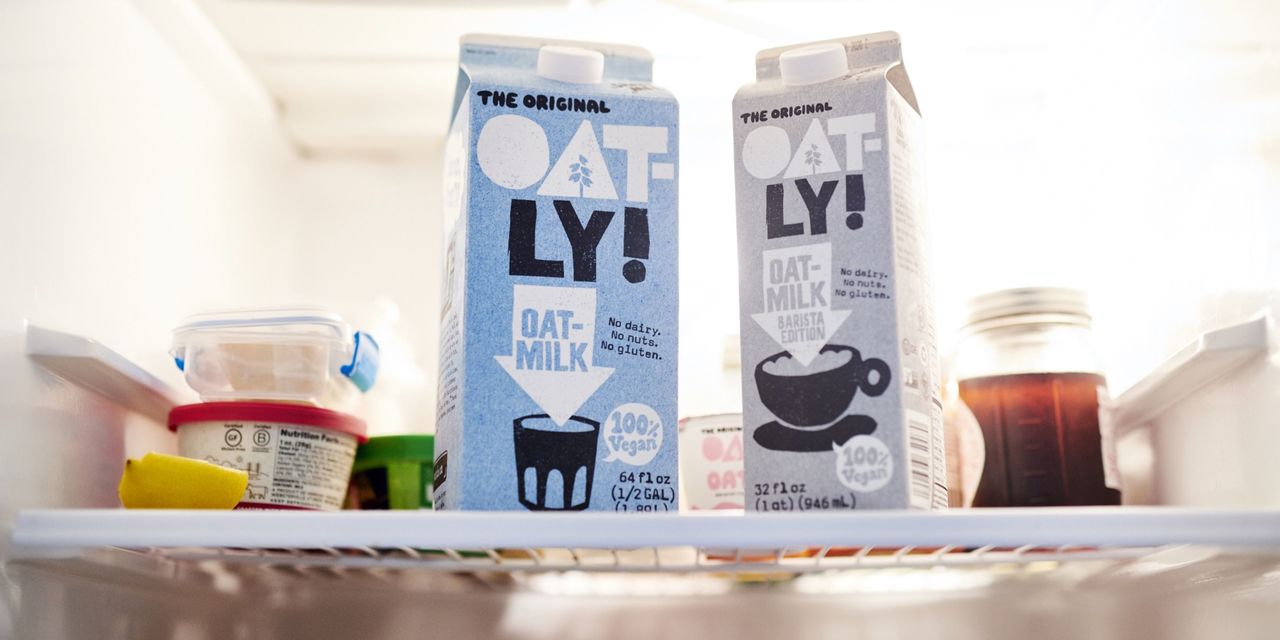 Framed by a backdrop that said “post-milk generation,” Oatly Group AB Chief Executive Toni Petersson reiterated his company’s mission to help save the environment and grow the number of people who are choosing Oatly over traditional cow’s milk.

“It’s about converting people who used to drink cow’s milk to people who drink oat milk,” he said to the group of global journalists gathered at the virtual press conference. “We will not lose track of that mission and continue to stay true to that.”

Before landing on the Nasdaq, Oatly, a 25-year-old company, was winning over consumers who are increasingly seeking out plant-based food options for health purposes and other reasons.

Oatly, like the growing number of plant-based alternative food products on the market including Beyond Meat Inc. BYND, -0.87% and Impossible Foods, says it’s in business to generate sales, but also to help the planet.

“Knowing that each liter we sell is a step towards a better world transforms day-to-day business into something extraordinary,” reads the CEO letter in the Oatly prospectus.

“It demands that we see a much larger market than plant-based products have before. Our aim is to disrupt one of the world’s largest industries – dairy – and in the process lead a new way forward for the food system. This seismic change in the market has already begun. There is no going back.”

Many of these items are gaining traction with help from major quick-service chains, like McDonald’s Corp. MCD, -0.40% and Yum Brands Inc. YUM, -0.19% chains like Pizza Hut, which provide diners with a chance to easily give plant-based foods a try. And Starbucks Corp. SBUX, -0.44% experienced an oat-milk shortage in April, a month after introducing beverages made with Oatly.

The Plant Based Foods Association and the Good Food Institute say plant-based-food sales reached $7 billion in sales in 2020, and organizations that advocate for the meat and dairy industries have also taken notice.

On Monday, the National Milk Producers Federation published a news release with the headline “Dairy Defined: Dairy a Key to Your Plant-Based Diet.”

“Vegetarian isn’t the same as vegan. And deciding to move toward a diet more heavily weighted toward fruits, nuts and vegetables doesn’t mean a consumer has to travel to the fringe – or miss out on dairy’s many clear benefits,” the group said.

Last month, Wisconsin Sen. Tammy Baldwin and Idaho Sen. Jim Risch introduced the DAIRY PRIDE Act, which would prohibit nondairy items made from ingredients like nuts from being labeled “milk.”

“We can’t wait to see what the next 12, 24, or 36 months will bring,” Oatly’s Petersson told the assembled media. “The only thing to change that is if we change our mindset, which we won’t.”

Don’t miss: Walmart may have lost grocery share during COVID, but it’s well positioned to get it back

Amazon Pauses Construction At Connecticut Site After Nooses Found
Has Amazon Found the Next “Game of Thrones”?
Comment

People are rotating out of tech into some other sectors: Portfolio Manager

3 Reasons Bed Bath & Beyond Is Still a Value Trap