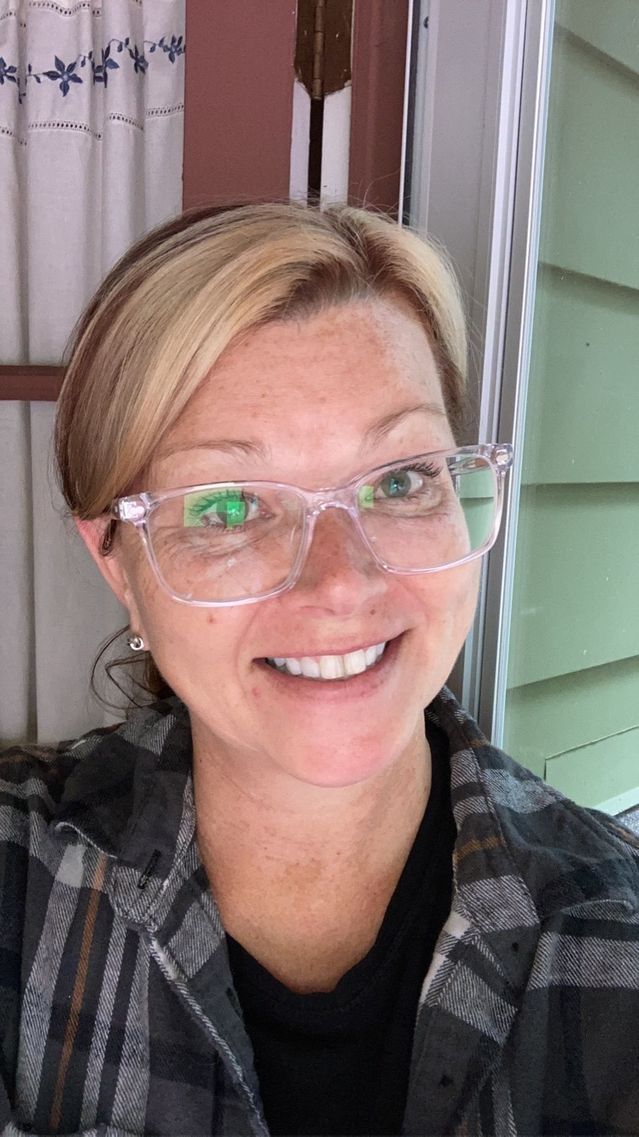 The pace of inflation hit a 31-year high in October. Read More...

Compared to a year ago, she still spends around $500 to $600 a month, but for less food. No more impulse buys for a little bag of candy, or an extra bag of chips, but she is still buying the frozen pepperoni pizzas for her son that previously cost $3.99, and are now priced at $5.99.

So when the aforementioned knock comes, Sanfilippo says she gets “a little bit of anxiety. I don’t know what I have that I can offer them …It doesn’t sound dramatic, but for someone who loves to feed people and have a back up, it’s difficult.”

Expanding prices needle at Sanfilippo. “Getting through the pandemic and making sure basics and necessities are met, I’m just not feeling comfortable. I’m not comfortable enough I know for sure that everything’s going to stay at an affordable range.”

Inflation puts a toll on a person’s wallet, but it can also impose a psychological one. Discomfort, anxiety, scaled-down spending — these are some of the ways people may react to upward drifting prices, according to people studying the intersection of economics and psychology.

If high inflation is sticking around, at least for some amount of time, millions of Americans will have to learn to live with those feelings of insecurity.

“Temporary or not, that’s an experience to people and it will leave its mark,” said Ulrike Malmendier, an economist at the University of California, Berkeley who has studied what prolonged exposure to inflation do people’s spending habits.

Many people are paying attention. The cost of goods and services are the best gauge of the economy’s performance, according to 49% of people in a YouGov/Economist poll of 1,500 people this month. That was the No. 1 response, more than double the 21% who said job reports and unemployment rates — once at double digits in spring 2020 — were the best measure.

Sanfilippo’s reaction to her rising costs is common for someone like her who pays attention to her household budget, said Princeton University psychology professor Eldar Shafir, the co-author “Scarcity: Why Having Too Little Means So Much.”

When faced with financial pressures, Shafir said people don’t always completely swap out or substitute expensive items for less expensive ones, which might seem like the most obvious thing to do. They often just buy less of the costliest items.

“It’s not a carefully adjusted replacement,” he said. Making sacrifices can actually have the opposite effect: Instead of making people feel better, it can leave them with a feeling of scarcity and anxiety, Shafir added.

Meanwhile, they cut back on their mostly costly pastimes. “They basically stop doing the thing that costs more,” he said. But this too leaves them with a feeling that they’re missing out on the good things that life has to offer.

The pandemic spending splurge appears to be waning. Gross domestic product growth slowed to a 2% annualized rate in the third quarter. That missed the 2.8% forecast, and was below the second quarter’s 6.7% growth rate.

Wages and salaries climbed 1.5% in the last quarter — resulting in a 5.4% increase in the past 12 months — but they only rose 0.6% when adjusted for inflation, according to Department of Labor data.

For Sanfilippo, the pause on big purchases, like the $12,000 repaved driveway, is about self-protection, given her uncertainty about inflationary pressures: “$12,000 is not a debt I want to worry about taking on at this point. I’m nervous.”

When will this period of high inflation end? Treasury Secretary Janet Yellen said last month that she doesn’t expect inflation to return to a normal rate until at least the middle of next year — but that doesn’t mean the U.S. is losing control of inflation.

“Americans haven’t seen inflation like we have experienced recently in a long time. But as we get back to normal, expect that to end,” she told CNN. Yellen said inflation should fall back to around the 2% target area next year.

Still, approximately a large majority (78%) of people expect inflation to worsen in 2022, according to an Allianz survey last month. Roughly seven in ten people said rising costs would crimp their purchasing power in the coming months.

Will high inflation have long-term consequences in consumer behavior? People only adjust their spending habits when prices rise for extended periods of time, and tend to respond to the prices people encounter every day, rather than news headlines or macroeconomic data, Malmendier said.

“Households that lived through high periods of inflation are more likely to take out fixed-rate mortgages and re-finance at fixed rates.”

In one study, Malmendier cross-referenced years of responses on inflation expectations with years of data on household finances. Households that lived through high periods of inflation “are significantly more likely to take out new fixed-rate mortgages and to re-finance at fixed rates,” the study concluded.

But what about the people who haven’t lived through high inflation? It may be that the “memory of macroeconomic history is lost as new generations emerge whose subjective beliefs are shaped by relatively recent experience,” she concludes. In other words, people will start spending again like there’s no tomorrow.

Some people react quickly and, perhaps, impulsively. For example, investors are flocking to exchange traded funds with exposure to U.S. Treasury inflation-protected securities. Meanwhile, some analysts say inflation will just keep powering urges in value in cryptocurrency like Bitcoin BTCUSD, -2.01%.

But those investment plays are happening far from grocery stores and gas pumps where people like Sanfilippo receive constant reminders of rising costs. “Inflation and money issues have only added to the stress of the pandemic, I think, for everyone,” she said. “It’s the next challenge and it feels like it’s never ending.”

Is Shopify Stock A Buy? SHOP Stock Surges In Heavy Volume
In One Chart: A Thanksgiving turkey is going to cost you more this year than at any time this century
Comment

Will Cannabis Stocks Bounce Back In 2020?

Winners of the China Trade War If it Gets Worse

The Gresham’s Law of our democracies