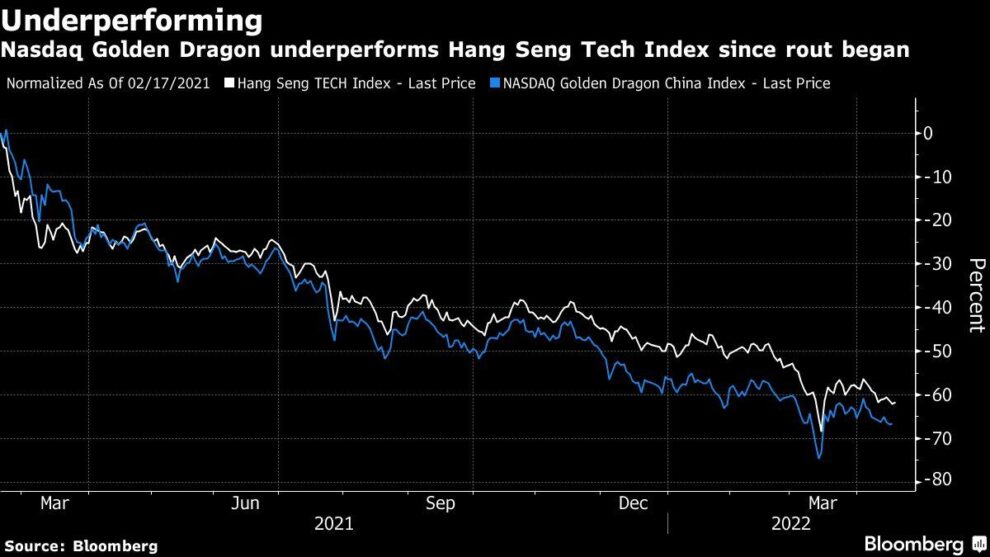 (Bloomberg) -- Investors are shifting more of their shares in Chinese e-commerce giants to the Hong Kong market, as Beijing’s efforts have yet to dispel concerns over the companies’ eligibility to remain listed on Wall Street. Most Read from BloombergKremlin Insiders Alarmed Over Growing Toll of Putin’s War in UkraineNetflix Rout Is Worst Since 2004, Punishing Roku and Disney, TooUkrainian Troops Risk Being Encircled in New Russian OffensiveUkraine Update: Mariupol on Brink; China Stands With Mo Read More... 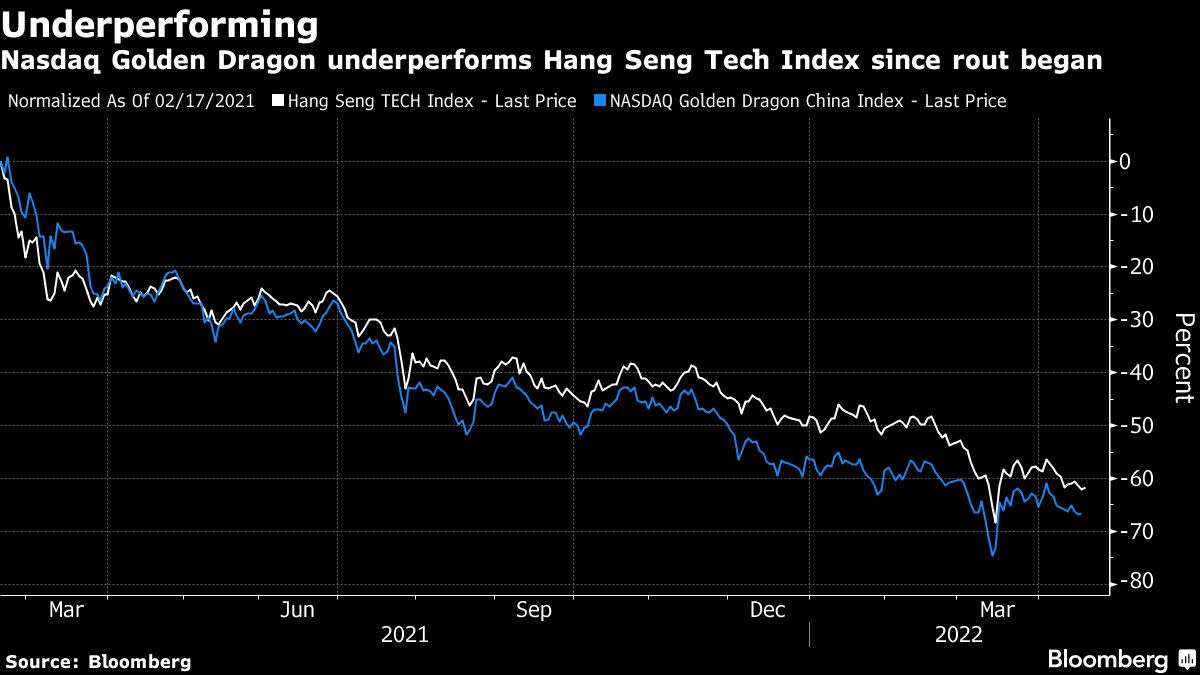 (Bloomberg) — Investors are shifting more of their shares in Chinese e-commerce giants to the Hong Kong market, as Beijing’s efforts have yet to dispel concerns over the companies’ eligibility to remain listed on Wall Street.

About 77% of JD.com Inc.’s shares are circulating in Hong Kong’s clearing and settling system as of Tuesday, versus 44% at the beginning of this year, according to Bloomberg calculations based on stock exchange data. Alibaba Group Holding Ltd.’s Hong Kong-listed share portion rose to 56% from 53% during the same period, the data show.

Most of this year’s conversions at Alibaba and JD.com took place this month, even as China modified a decade-old rule that potentially removed a key hurdle for U.S. regulators to gain full access to auditing reports.

While other companies that are listed in both Hong Kong and New York haven’t seen a similar scale of share conversion this year, the moves by shareholders at Alibaba and JD.com highlight that the U.S. delisting risk remains a concern. By slashing exposure to American depositary shares, investors avoid direct regulatory shocks that may force trading suspensions and liquidation of their stock in the U.S.

“We are buying incrementally through the Hong Kong shares instead of U.S. shares,” said Louis Lau, fund manager at Brandes Investment Partners, who said Beijing’s efforts lowered the possibility of delisting, but the odds still stand at 50%. “The attention is now shifting onto implementation — how will China grant U.S. audit access and to what companies.”

The U.S. and China have been at odds for two decades over the mandate that all companies that trade publicly in America grant access to audit work papers. Firms face removal if they shirk requirements for three straight years, meaning they could be kicked off the New York Stock Exchange and Nasdaq as soon as 2024.

The U.S. Securities and Exchange Commission has named at least 23 Chinese companies on a list of those who are running afoul of the auditing requirements.

There are more than 200 Chinese firms that are listed in the U.S., of which about 20 companies also have a listing status in Hong Kong, and that group is expected to increase. Holders of depositary receipts can hand their U.S. shares back to the depositary bank to register a conversion, which then swaps them into Hong Kong-listed shares at a set ratio. The portion of Hong Kong-listed shares at JD.com and Alibaba almost doubled last year.

To be sure, a conversion doesn’t offset all of the risks introduced by U.S. delisting. Investors will need to deal with a less liquid market and potentially lower valuation when shares are shifted back to Hong Kong.

“There are more discussions in the market on the differences in liquidity and investor structures between the Hong Kong and U.S. stock markets,” said Jamie Chen, an analyst at Third Bridge Group Ltd. “It is inevitable that there will be some discounts in valuations and the turnover rate will also be reduced. This is the main risk of listing in Hong Kong.”

The Hang Seng Tech Index has dropped 27% in Hong Kong this year, and the risk of abandoned U.S. listings remains a key overhang for the sector. Didi Global Inc. tumbled Monday after the Chinese ride-hailing giant said it’s planning to delist its U.S.-traded shares before it finds a new venue for the stock.

Netflix shares fell as much as 39% on Wednesday, their biggest intraday percentage loss since 2004. The selloff, spurred by weak subscriber trends, took the stock to its lowest since 2018. With the drop, Netflix is now down more than 60% for 2022, making it the worst-performing component of both the Nasdaq 100 Index and the S&P 500 Index.