According to filings Wednesday with the Securities and Exchange Commission, Bezos sold nearly 740,000 shares on Monday and Tuesday for about $2.48 billion. The stock sales were pre-arranged through a 10b5-1 trading plan, according to the filings. Read More... 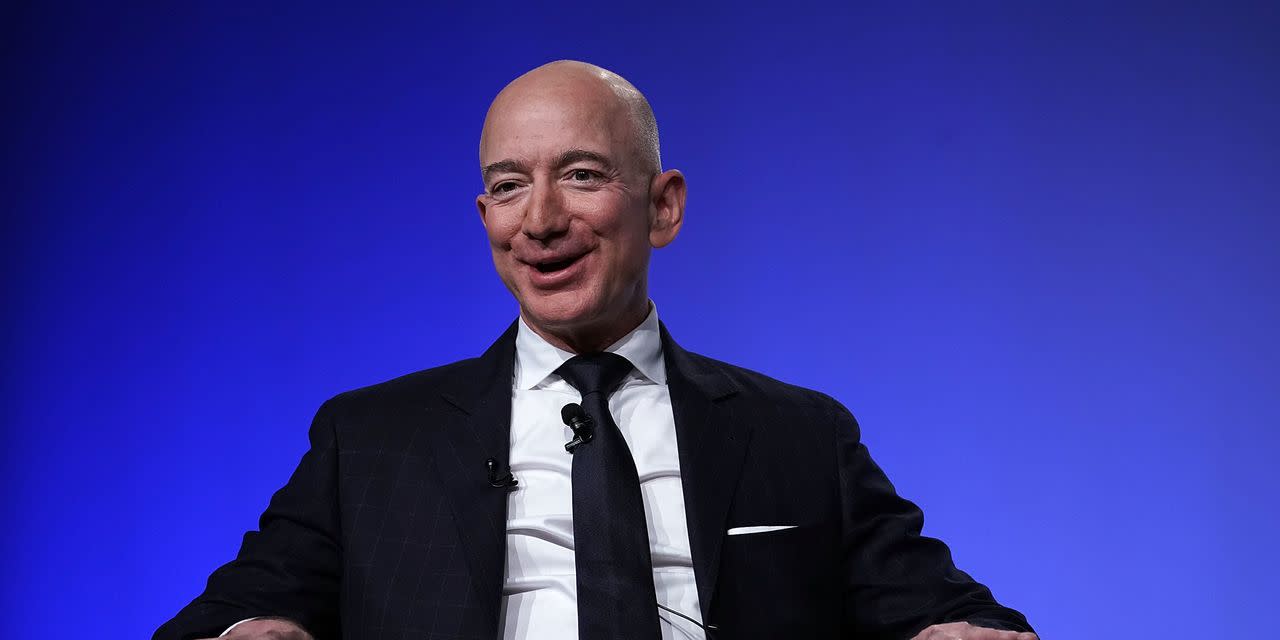 Lyft Loss Narrower Than Estimates as Riders Start to Return

(Bloomberg) — Lyft Inc., reporting quarterly results, said ride demand is rebounding as more people get vaccinated, and the company still expects to earn an adjusted profit by fall.The San Francisco-based ride-hailing company reported adjusted losses before tax, depreciation and other expenses of $73 million in the first quarter, narrower than the same period last year and beating analyst estimates, on average, of $143 million.Lyft shares gained about 5% in extended trading Tuesday after closing at $56.19 in New York. The stock has jumped 14% this year.Revenue declined 36% to $609 million from a year earlier — before Lyft felt the brunt of the pandemic — but was up 7% from the previous quarter, the company said Tuesday in a statement. Analysts projected $557 million, according to data compiled by Bloomberg.“We had an extremely strong quarter,” Lyft Co-founder and President John Zimmer told Bloomberg. “We’re going to emerge on the other side of this pandemic stronger, leaner and more profitable than we were going in.” Zimmer also reiterated that the company was on track to become profitable by the third quarter.On a call with investors Tuesday, Lyft executives said airport rides were up 65% in April compared with January numbers, influenced by the Centers for Disease Control and Prevention relaxing travel warnings for vaccinated people.The executives also said the company will have to spend more to recruit new drivers during the current three-month period, but that supply and demand should even out by the third quarter — thanks to increased vaccination rates, decreased demand for delivery services and the expiration of unemployment benefits for drivers who stayed home during the pandemic.Reduced travel demand during the pandemic hit Lyft especially hard. Unlike its larger rival, Uber Technologies Inc., Lyft doesn’t operate a food delivery service or offer rides outside of North America. As the virus spread and ridership cratered last year, Lyft began laying off employees and cutting costs, stripping out $360 million of annualized expenses in 2020.Lyft said last month it would cut another $100 million of annual operating expenses with the sale of its self-driving division to a subsidiary of Toyota Motor Corp. The sale of the unit allowed the company to push up the time line for turning a profit to the third quarter, instead of the end of the year.The company said Tuesday it had 13.5 million active riders, compared with 12.7 million expected by Wall Street. Revenue per active rider was to $45.13, compared with $43.88 expected by analysts.Despite the pandemic receding, some worries remain for the company. The Biden administration is considering David Weil, the former administrator of the Wage and Hour Division of the U.S. Department of Labor under the Obama administration, for the same job in the new administration, according to reports late last month. Weil has a history of criticizing gig economy companies like Uber and Lyft for not classifying their workers as employees, and his appointment could mean regulatory hurdles for the companies.“It really ups the ante in terms of risks to their model,” said Daniel Morgan, senior portfolio manager at Synovus Trust Co., which owns shares of Lyft and Uber. “It’s really a dark cloud looming over both these companies.”(Adds Lyft executive comments starting in the sixth paragraph.)For more articles like this, please visit us at bloomberg.comSubscribe now to stay ahead with the most trusted business news source.©2021 Bloomberg L.P.

How Did Netflix Stock Fare in April?