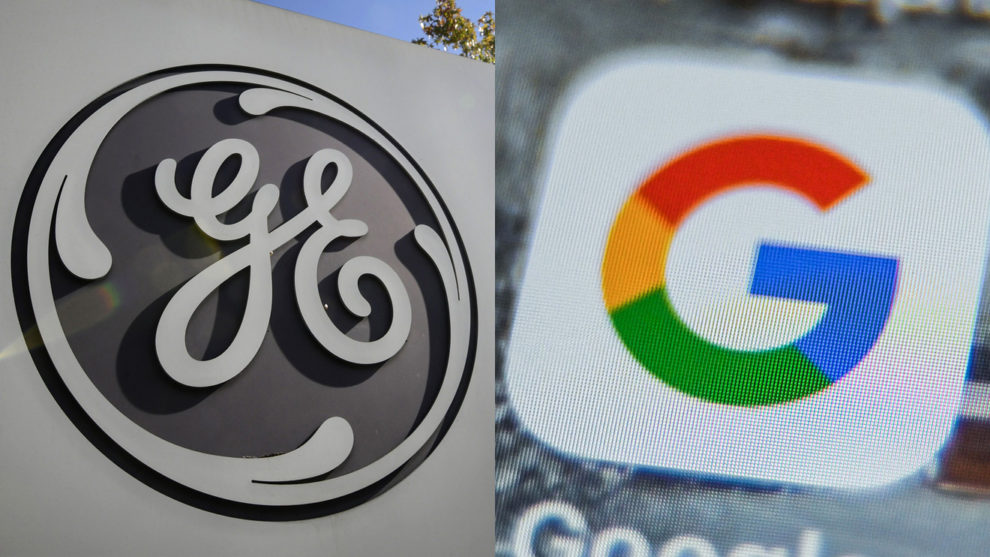 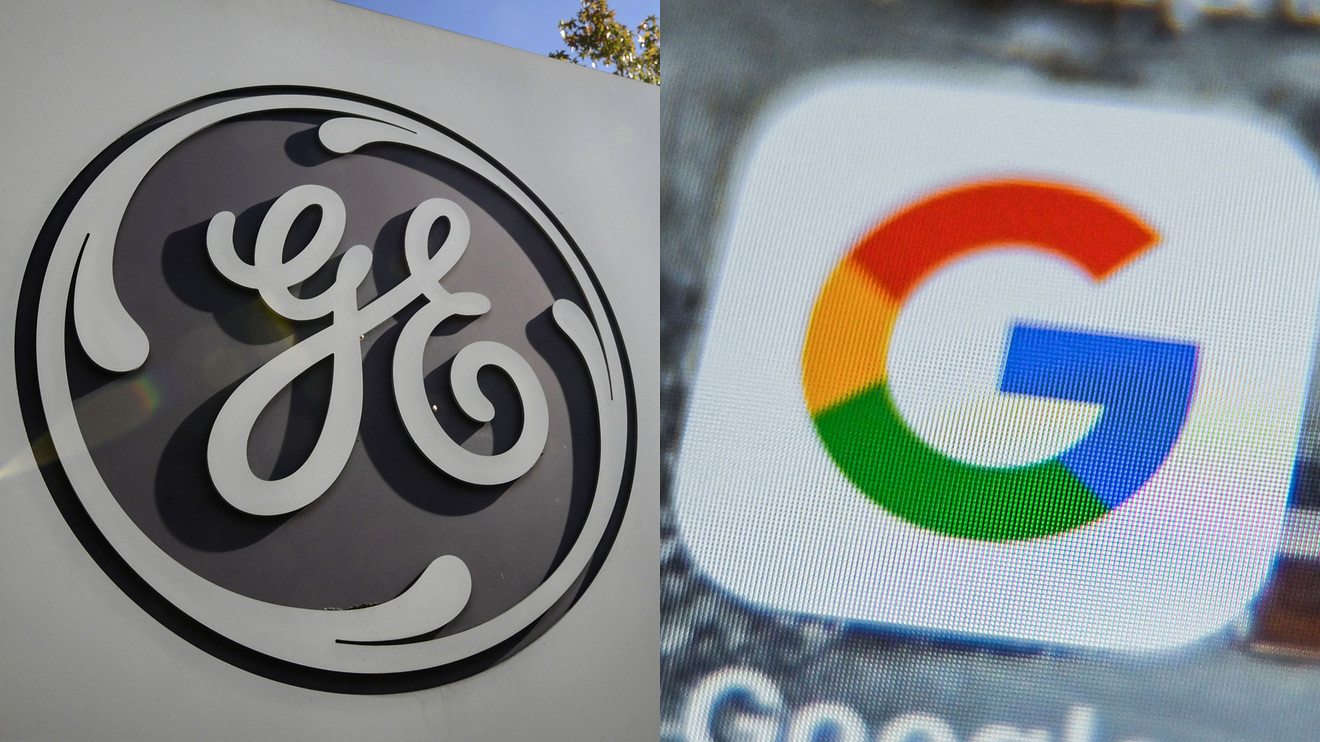 It’s almost the end of 2019, and that means the internet is replete with punditry about where the stock market will wind up in 2020.

These columns can sometimes be way off the mark. At the beginning of 2019, for instance, you probably would have thought me a Pollyanna if I had predicted that the S&P 500 index SPX, +0.49%  would surge 27% amid all the trade-war talk and interest-rate uncertainty. I didn’t, of course, but that’s where we are at as of Tuesday night — the second-best showing for stocks since 2003, with a few trading days left to churn even higher.

Even when incorrect, these pieces looking ahead do have value, however. They help investors to take stock of their holdings and think seriously about strategy. The best-laid plans can still fall to pieces, of course, but entering 2020 with no plan at all seems very unwise.

Read: If you believe stock market bulls have the bears locked out, this will rattle your cage

So here are my 10 bold calls for next year:

On the single-stock front, I’m sticking my neck out on General Electric GE, +0.00%. Sure, this company has a checkered past. But CEO Larry Culp has restored a bit of credibility and hope as the company streamlines and looks to the future. And Wall Street is taking notice; one Wall Street analyst’s recent bullish take for 2020 boosted the stock 4% in a single session.

I’m realistic about GE’s challenges, but the stock is still trading at a 20% discount to sales — and while earnings are mediocre in a vacuum, a series of big beats under Culp prove this company knows how to keep expectations in check as it recovers. I won’t claim 2021 will be a good year… but 2020 may be.

However, with Apple AAPL, -0.21%  up more than 70% in the same period and Microsoft MSFT, +1.09%  up 50%, it’s easy to think this Big Tech giant is on the outside looking in. But in 2020, Alphabet will stand out as it offers “growth at a reasonable price” with a forward P/E of less than 25 even as the top line is forecast to grow about 19% and earnings should grow 17%. As winners become harder to identify as the big run of the last 12 months plateaus, Google will stand out.

Traditional economic theory holds that the U.S. should be raising rates right now amid robust U.S. consumer and labor-market data. But since Donald Trump sees the entirety of America — including the Federal Reserve — as his personal plaything, he has browbeaten the central bank into actually cutting rates three times in 2019.

Investors should bank on the Fed at worst standing pat but likely cutting rates again in 2020 to help Trump get re-elected. Who cares if it‘s bad for the long-term health of the U.S. economy as long as Donny gets his second term, right? As investors, that means continuing to keep a foot in bond funds like the popular iShares iBoxx Investment Grade Corporate Bond ETF LQD, -0.03%  that will rise in value as rates fall.

Speaking of irrational short-term moves for political gain, I remain convinced that the world is not pricing in just how terrible a hard Brexit would be for the U.K. and for the world economy in general.

The U.K. is indeed a powerful country, ranking in the top seven in global GDP depending on how you measure it. But the Bank of England itself said a no-deal Brexit would be worse than the 2008 financial crisis for businesses — and it’s naive to think the global economy can simply ignore that disruption as a local occurrence. The iShares MSCI United Kingdom ETF EWU EWU, -0.06%  has climbed about 15% year-to-date so it’s easy to claim all’s well. But in a more modest environment and with the realities of Brexit hitting home, I would tread carefully in U.K. investments.

The U.K. aside, it is certainly worth looking outside the U.S. After all, it’s fun to be all-in on domestic equity when the S&P is surging 20%, but as domestic growth plateaus in 2020 and overseas markets pick up steam, investors will be reminded of the importance global diversification.

Not only will growth trends favor overseas markets, but ballooning federal debt and falling rates in the U.S. will ease the currency headwind that existed for international stocks in a strong dollar environment. If you’re intimidated by global markets, even a vanilla play like Vanguard Total International Stock ETF VXUS, +0.04%  may be a decent way to add geographic diversification.

China back on track

China’s GDP growth is likely to continue its slowdown in 2020, moderating to 5.8% according to many forecasts. However, this trend is well-known on Wall Street and nobody should be surprised by the lower growth rate. Furthermore, China has learned from the U.S. subprime lending crisis; household balance sheets look very good. Some hysterical traders will note how China is broadly a highly leveraged economy, but the risk mostly comes from big loans to big corporations — with the backstop of Beijing to keep things strong.

While trade conflicts kept funds like the iShares China Large-Cap ETF FXI, +0.40%  from delivering more than low single-digit returns in 2019, the New Year could see these funds really take off as investors realize things aren’t so bad after all.

You may not have noticed how strong bank stocks have been. After all, the Financial Select Sector SPDR ETF XLF, +0.12%  is up 28% vs. about 27% for the broader S&P through Tuesday. But the rally in big banks could get serious in 2020 for a host of reason, the least of which being the Sun Trust and BB&T US:BBT  merger plans that hint at a very favorable regulatory environment.

And while the yield curve has been flattening over the past few years, we’ve seen a widening gap in long-term rates TMUBMUSD10Y, +0.00%   vs. short-term ones since August and that will help lending operations next year.

If the dollar does soften as I expect, commodity prices will ease up — which is even worse news for an already battered energy sector. Long-term moves toward efficiency as well as a transition away from fossil fuels in the age of global warming means that the deck is stacked against stocks in energy, and 2020 isn’t going to change that narrative.

Of particular interest to tactical traders may be the suite of funds from MicroSectors that include the -1x Inverse Big Oil ETN YGRN, -1.07%  and the -3x Inverse Big Oil ETN NRGD, -3.21% that bet against a focused list of the 10 biggest names in energy (the latter with three times the leverage.)

Now read: Here are Wall Street’s favorite stocks for an oil-sector recovery in 2020

In the context of global warming as a long-term trend, there is a ton of new money out there looking for investments as awareness grows about the risks of climate change. And increasingly, potential shareholders are looking for clear alternatives to the old world of Wall Street through funds like the Xtrackers MSCI U.S.A. ESG Leaders Equity ETF USSG, +0.76% and the iShares MSCI KLD 400 Social ETF DSI, +0.65% that weed out big energy firms, firearm companies or other publicly traded companies that don’t fit with the ethos of many investors.

With both of these funds boasting more than $1 billion in assets, ESG is not just a cutesy niche strategy. Increasingly, it’s where young investors are putting their money — and 2020 will see that trend only gain momentum.

Read: Here’s what you need to know about the $12 trillion ESG investment world

You will regret one or more trades

There is no such thing as a “perfect portfolio.” And unlike American Ninja Warrior or chess, investing is one of these absurd ventures where doing more work doesn’t actually make you any “better” at this game. So make your peace now with the fact that you will have pieces of your portfolio that disappoint you — not just because they lost you money, but because you put a lot of time and effort into building these positions.

Like everything in life, these unhealthy pieces of your diet are OK as long as you consume them in moderation and focus on the long term. Embrace that, and stay focused on the big picture in 2020.

More from Jeff Reeves: Own up to your dumbest stock picks of the year

Jeff Reeves is a MarketWatch columnist. He doesn’t own individual stocks and isn’t an investor in any of the ETFs mentioned in this article.

Outside the Box: SECURE Act: This financial planner believes you probably don’t need an annuity for your retirement
Aurora Cannabis Announces Change to Executive Team: Cam Battley Steps Away From his Role as Chief Corporate Officer
Comment

Apple Is Making Another Massive Pivot With Apple TV+