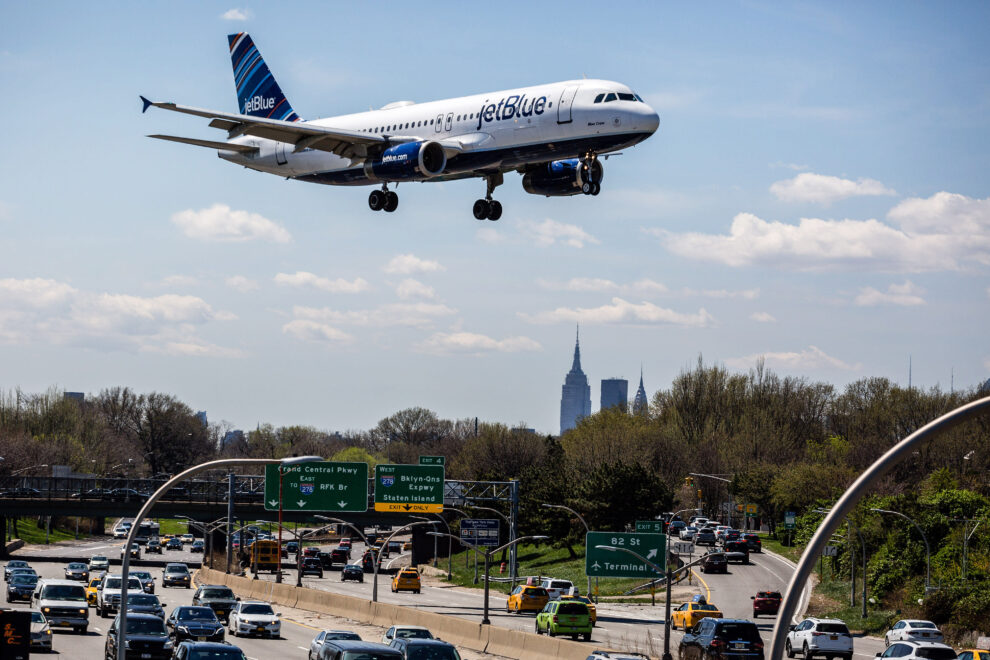 Other U.S. airlines this month said they aren't seeing a slowdown in travel demand. Read more...

JetBlue Airways eked out a $57 million profit for the third quarter as strong travel demand and higher fares helped the carrier cover more expensive fuel and other costs.

The New York-based airline’s revenue rose 30% during the quarter from the same period last year to $2.56 billion, in line with analysts’ estimates. JetBlue’s operating margin narrowed to 5.4% from 9.4% a year earlier after expenses rose nearly 36% from the same period of 2021.

JetBlue’s CEO, Robin Hayes, said the carrier expects “another solid quarter of mid-single-digit pre-tax margins in the fourth quarter, and we’ll look to expand on that further in 2023 as we continue to restore our earnings power.”

Here’s how JetBlue performed in the third quarter, compared with Wall Street expectations according to Refinitiv consensus estimates:

JetBlue’s shares were down more than 5% in morning trading Tuesday after releasing the results.

“While the revenue outlook is strong, we have to continue to be thoughtful about every penny we spend, particularly in today’s environment, since our entire business model of competing with lower fares is based on having lower costs relative to the legacy airlines,” JetBlue’s CFO, Ursula Hurley, wrote in a note to employees, which was reviewed by CNBC.

Hurley said despite the quarterly results, the airline won’t post a full-year profit in 2022 “after the bumps we faced in the first half of the year with the Omicron variant and operational challenges.”

Larger U.S. carriers have been upbeat about travel demand and largely outperformed analysts’ expectations on resilient bookings, particularly on the return of international trips.

Airline executives say they are limited in how much capacity they can add because of shortfalls in aircraft and pilots, which is helping keep fares high. Airlines have also held back on adding flights after a host of costly operational meltdowns prompted them to add more slack in the system.

JetBlue said it plans to expand flying 1% to 4% in the fourth quarter compared with 2019 levels. Airlines are comparing capacity levels with those of three years ago to show their recovery from the Covid pandemic.

“Given the continued fragile aviation ecosystem, we are taking a cautious approach to operational investments and more conservative planning assumptions that we put in place for the summer,” CFO Hurley said in the earnings release.

Hurley said the airline has hedged about 27% of its fourth-quarter fuel consumption.

JetBlue executives will discuss results on a 10 a.m. ET call on Tuesday, when they are likely to face questions about the airline’s planned acquisition of budget airline Spirit. Spirit’s shareholders last week overwhelmingly voted in favor of the $3.8 billion takeover, which now faces a high hurdle with federal regulators.