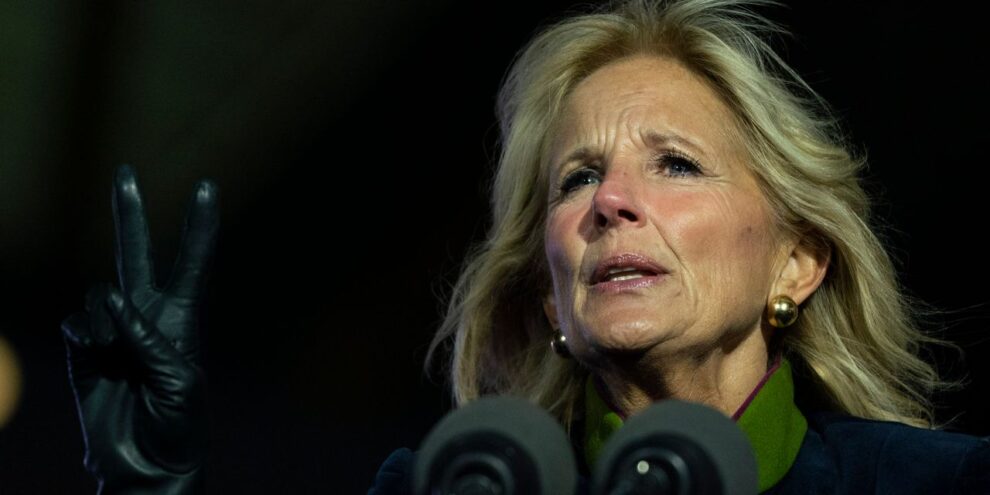 A Wall Street Journal op-ed asking the incoming first lady to drop the “Dr.” before her name and calling her “kiddo” drew charges of sexism. Read More... 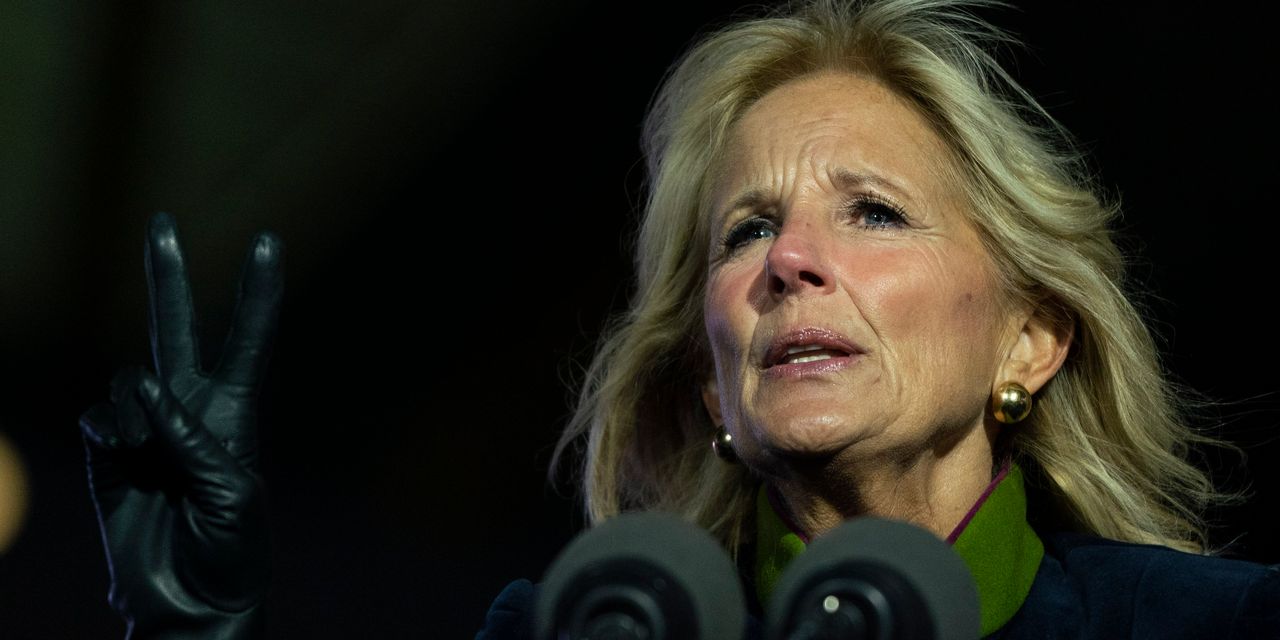 A Wall Street Journal op-ed asking Jill Biden to nix the “Dr.” before her name and calling her “kiddo” rankled Democrats and academics alike over the weekend, and drew charges of sexism. But many other academic women have also fought to be viewed on equal footing with male peers, research shows.

But women in the medical field do struggle for recognition, research shows: In a 2017 observational study of how speakers with M.D., Ph.D, or M.D./Ph.D degrees were introduced at Internal Medicine Grand Rounds, women introduced by men were less likely than men introduced by men to be addressed by their professional title.

“ ‘Women in medicine are less often referred to by professional titles. Without claiming causality, we can also observe that women in medicine (mirroring what happens in other areas) are still paid less than men in equivalent positions.’ ”

— Patricia Friedrich, an associate dean and professor of English at Arizona State University

“We suggested that this seemingly trivial, possibly unintentional, double standard ended up undermining female physicians in a context where women already face greater barriers for career advancement and job satisfaction,” study co-author Patricia Friedrich, an associate dean and professor of sociolinguistics at Arizona State University, wrote in a 2019 piece for The Conversation.

The differences in how people talk about male and female professionals extend beyond title. Women across a number of fields are also less likely than men to be referred to by their surnames, according to a 2018 research article in the Proceedings of the National Academy of Sciences that noted “professionals who are referred to by surname are perceived as more famous and eminent.”

“When fame is brought to mind, such professionals enjoy an advantage with regard to eminence-related benefits; they are judged to hold higher status, to be more likely to win an award for their work, and to be more deserving of awards, such as the National Science Foundation (NSF) career award and its associated funding,” wrote authors Stav Atir and Melissa J. Ferguson.

And in a 2017 paper delving into gender stereotyping on the Economics Job Market Rumors forum, author Alice H. Wu found that “the discourse tends to become significantly less academic or professional oriented, and more about personal information and physical appearance when women are mentioned.”

The incoming first lady — who has a doctorate degree in education from the University of Delaware, as well as two master’s degrees — famously goes by Dr. Jill Biden. That honorific didn’t sit well with op-ed contributor Joseph Epstein, who implied that only medical doctors ought to use it.

“Madame First Lady — Mrs. Biden — Jill — kiddo: a bit of advice on what may seem like a small but I think is a not unimportant matter,” he wrote. “Any chance you might drop the ‘Dr.’ before your name? ‘Dr. Jill Biden’ sounds and feels fraudulent, not to say a touch comic.”

Criticism abounded: Vice President-elect Kamala Harris’s husband, Douglas Emhoff, for example, declared on Twitter TWTR, +1.13% that such a piece “would never have been written about a man.” Michael LaRosa, a spokesperson for Jill Biden, called the op-ed “pretty gross.”

“ ‘Together, we will build a world where the accomplishments of our daughters will be celebrated, rather than diminished.’ ”

Biden herself appeared to respond Sunday, tweeting, “Together, we will build a world where the accomplishments of our daughters will be celebrated, rather than diminished.”

Meanwhile, Northwestern University, where Epstein said he had taught for 30 years, distanced itself from his writing: “Northwestern is firmly committed to equity, diversity and inclusion, and strongly disagrees with Mr. Epstein’s misogynistic views.”

A spokesperson for Dow Jones, which publishes the Wall Street Journal and MarketWatch, did not immediately respond to a request for further comment. (MarketWatch style, like Associated Press style, dictates use of “Dr.” only for people with an M.D.)

One thing is clear: The WSJ op-ed brings this debate about how women are treated differently in academia, business and medicine to the fore.

As MarketWatch’s Jillian Berman wrote: “Economics is one of the most influential fields, impacting policy decisions in sectors ranging from health care to education to transportation. If it’s a truly hostile place for women or marginalized groups to work, that could put the field at risk of being a monolithic source of influence that speaks with one voice — a male one.”

: Electoral College anoints Joe Biden as president-elect amid threats of violence and Trump protests
Most seasons of ‘The Office’ will require a monthly payment on Peacock
Comment

The Moneyist: I want to renegotiate my divorce settlement— I pay my wife $3,000 a month, but she still hasn’t gotten a steady job