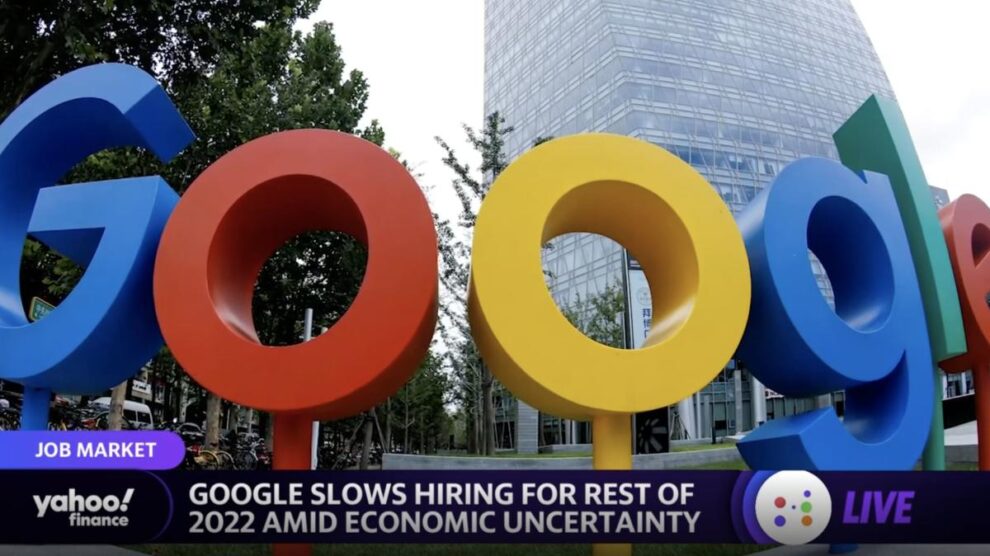 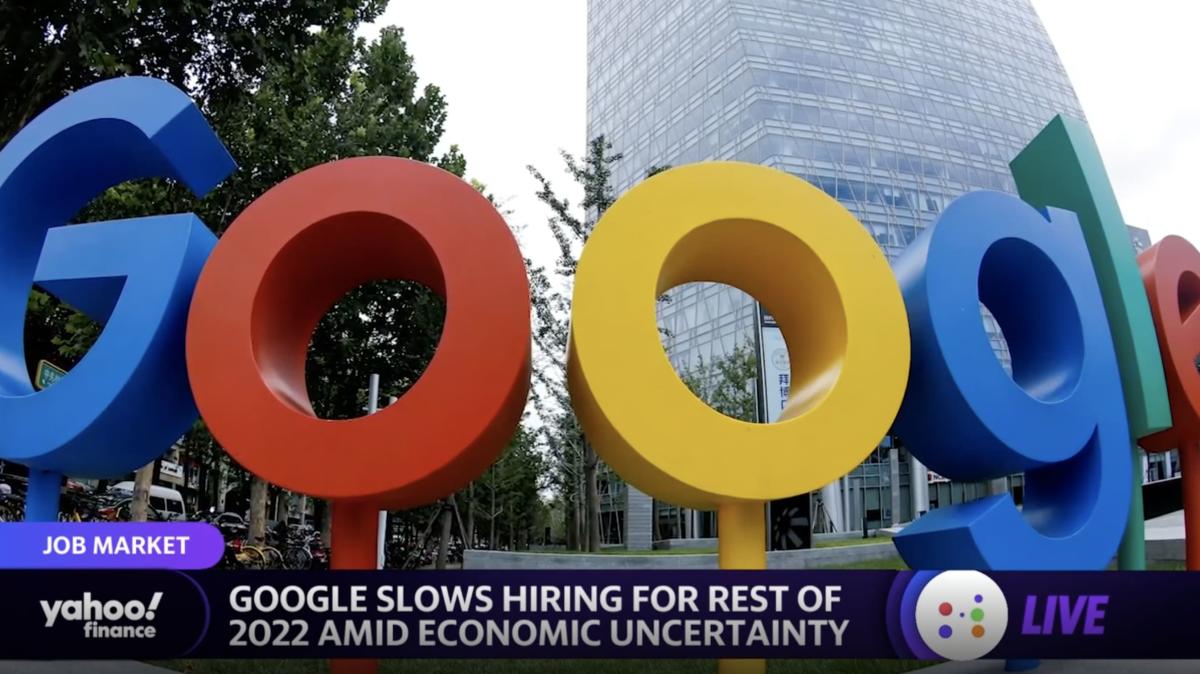 – Welcome back, everyone. The US tech industry has seen better days. Major companies, including Alphabet , Microsoft, and Meta announcing laying off existing workers or slowing down hiring over economic uncertainty. Let’s bring in our very own Dan Howley for the details. So Dan, this doesn’t seem to be going away.

DAN HOWLEY: Yeah. It certainly isn’t. For Google, they, basically, are Google’s parent, Alphabet. They’ve basically said, look, we have already hired people this year. They said they hired more than about 10,000 new employees this year. So it’s not as though they’re not hiring but now going forward, they’re going to be slowing hiring. Sundar Pichai, the CEO of Alphabet said they have to be more focused, a little bit leaner.

So it’s not as though they’re letting people go, they, though, are going to be slowing down hiring going forward though. They said they will still be hiring for certain important positions. Now, that, obviously, goes with what we’ve seen out of companies like Facebook parent Meta which said, if there are people here that don’t want to be here, then hit the door.

They’re not, necessarily, having major layoffs but they are pushing people to say, look, there are some people on our teams that aren’t doing well, we want that to kind of be reported. They said that they need to be leaner and meaner as well. And we’ve seen this across, basically, the spectrum of tech companies. And it looks like we’re going to continue.

Obviously, Netflix has had layoffs. We’ve seen slowdowns at the likes of NVIDIA which said that they’re not going to be hiring as much as they may have in the past. A lot of these companies are saying, look, we’ve already onboarded so many people. We don’t need to continue to hire but against this economic backdrop, it doesn’t, necessarily, look good.

– So Dan, do you think we’re making a little bit too much, then, of these layoffs? Because you point out the size of the layoffs. They’ve been pretty small. Most of these companies, are they, maybe, in better shape than we’ve been making them out to be?

DAN HOWLEY: I think it’s just because these are the gigantic tech companies that have hundreds of thousands of employees or at least more than 100,000 employees. And when you see layoffs or even slowdowns there, you start to think, well, if these big companies that are supposed to be so– positioned so well aren’t doing as well as they normally are, then this is a larger problem.

So I think that’s really what people are saying. They’re looking at this saying, this is Alphabet, this is Meta. They’re not hiring new people or they’re slowing down, that’s when it starts to get a little scary.