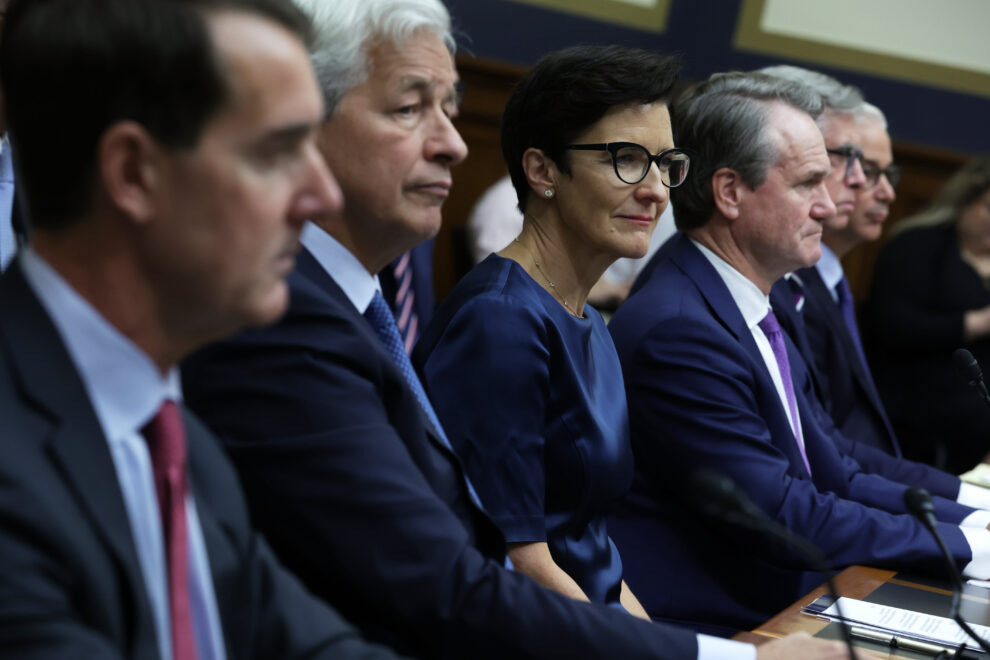 JPMorgan, the biggest U.S. bank by assets, now expects a recession as its most likely scenario. Read more...

JPMorgan Chase on Friday posted fourth-quarter revenue that topped expectations as interest income at the bank surged 48% on higher rates and loan growth.

Here’s what the company reported:

The New York-based bank said profit jumped 6% from the year earlier period to $11.01 billion, or $3.57 per share, while revenue rose 17% to $35.57 billion. Those gains were fueled by the rise in net interest income to $20.3 billion, topping the StreetAccount estimate by $1 billion, as the bank saw average loans rise 6%.

But the bank posted a $2.3 billion provision for credit losses in the quarter, a 49% increase from the third quarter that exceeded the $1.96 billion StreetAccount estimate, as it set aside money for expected defaults. Shares dipped 3% in premarket trading.

The move was driven by a “modest deterioration in the Firm’s macroeconomic outlook, now reflecting a mild recession in the central case” as well as loan growth from customers using their Chase credit cards, the bank said.

The company’s jump in credit provisioning topped that of rival giants Bank of America and Wells Fargo, which each saw smaller increases in the quarter.

While JPMorgan CEO Jamie Dimon said Friday that the U.S. economy “currently remains strong” thanks to well-financed consumers and businesses, he pointed to a series of risks to that outlook.

“We still do not know the ultimate effect of the headwinds coming from geopolitical tensions including the war in Ukraine, the vulnerable state of energy and food supplies, persistent inflation that is eroding purchasing power and has pushed interest rates higher, and the unprecedented quantitative tightening,” Dimon said.

JPMorgan, the biggest U.S. bank by assets, is closely watched for clues on how the industry is navigating an economy at a crossroads.

Analysts expected a mixed bag of conflicting trends from banks. Higher rates help lenders earn more interest income, but some of that boost was offset by larger provisions for expected loan losses as the economy slows.

Dimon rattled markets last year when he said an economic “hurricane” caused by the Federal Reserve was headed for the U.S.

Shares of JPMorgan have climbed 4% this year, compared with the 6% rise of the KBW Bank Index.