Top Senate Republican signals he's in no hurry to see the bipartisan infrastructure bill brought to a vote. Read More... 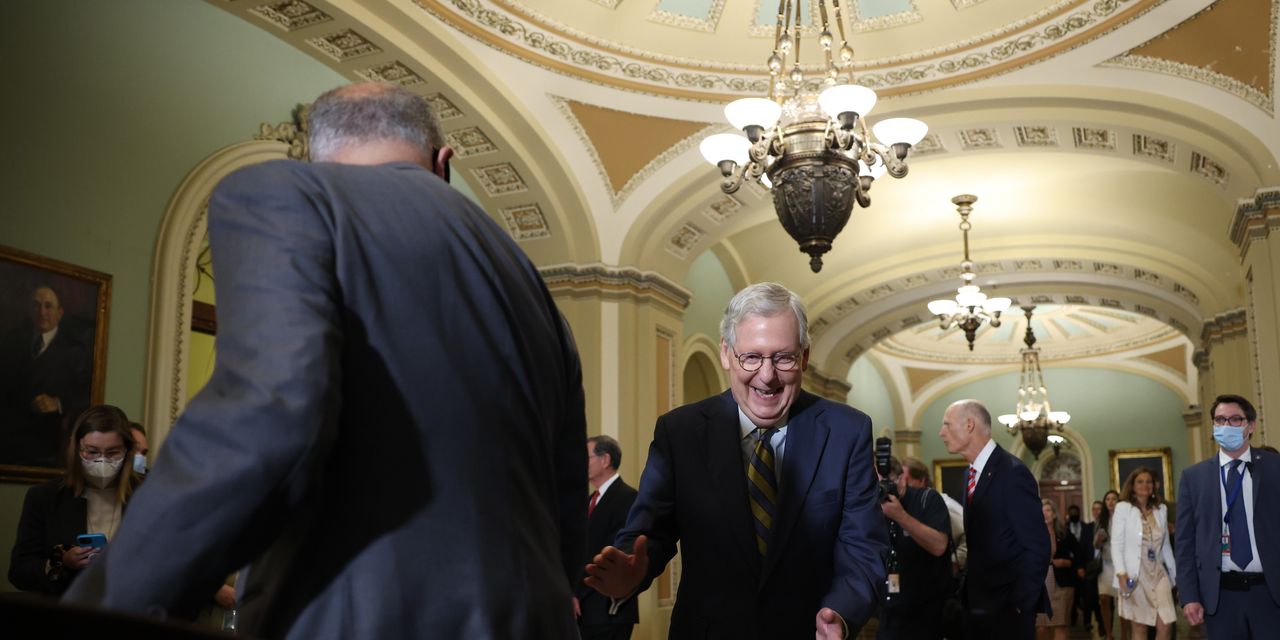 “ ‘The  prerogatives of the majority.’ ”

That’s Chuck Schumer, the Democratic leader of the U.S. Senate, chuckling over a footrace he’d just successfully waged against his Republican opposite number, Mitch McConnell, on Tuesday. The minority leader was thus made to cool his heels as the majority leader began his weekly press conference, later teasing that he recalled a lesson from Schumer’s days in the House that it was unwise to get between the Brooklyn Democrat and a camera.

The incident’s outcome was at odds with the guidance, and veiled threat, McConnell would go on to pitch to Schumer: Don’t hurry the bipartisan infrastructure bill to a cloture vote. His words were straight out of Aesop:

“ ‘My best advice to the majority leader would be [that] slow but steady wins the race.’ ”

Social-media commentary rushed in to cheekily observe that McConnell (a.) has frequently been compared in countenance and demeanor to the fabled testudine race winner and (b.) is on record as saying his chief current ambition is to slow and obstruct President Joe Biden’s legislative agenda.

Should You Let Your Winning Stocks Keep Winning, or Sell and Diversify?

: Energizer CEO says inflation will keep going and going, disputing what the Fed has said