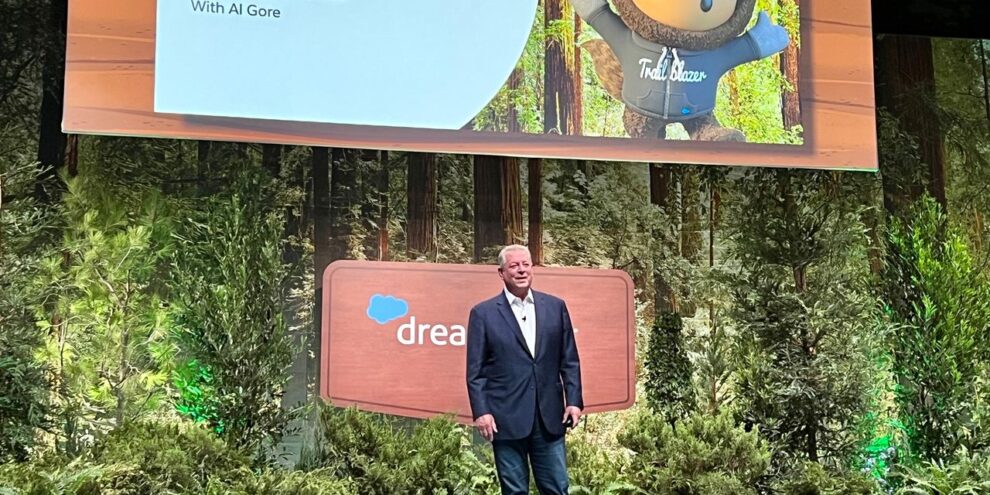 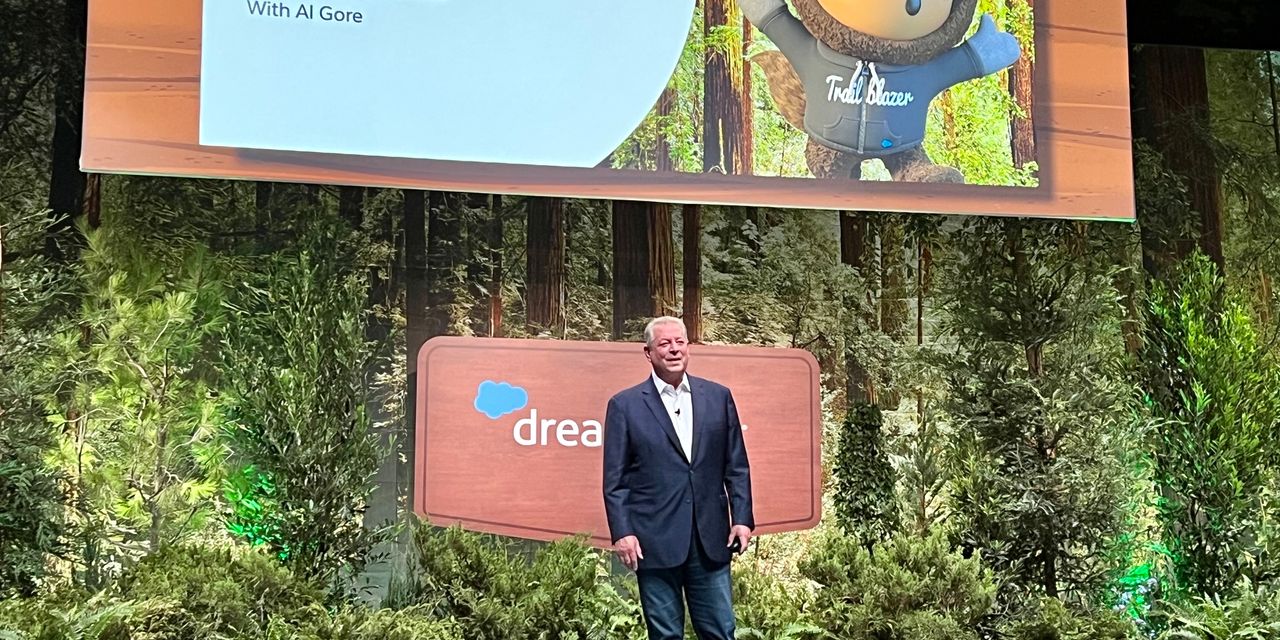 ““Political will is itself a renewable resource. Let’s renew it.””

Former Vice President Al Gore had good news and bad news for a packed theater at a tech conference in San Francisco on Wednesday night.

He delivered the bad news first, laying out how the climate crisis is causing extreme and often deadly weather around the world. The longtime environmentalist and Nobel Peace Prize winner showed the audience at Salesforce Inc.’s CRM, +1.71% Dreamforce conference in San Francisco slide after slide featuring videos and photos of recent hurricanes, flooding, fires, droughts and other devastation — from Puerto Rico to Pakistan to Italy to states like California, Alaska, Kentucky and elsewhere.

This summer, China “went for 70 days with temps above 104 degrees and up to 113 degrees over a vast area,” Gore said. “Historians of climate-related events say there’s nothing even minimally comparable in the historical record for what China has been going through.”

He also said that within the next 50 years, certain parts of the world are in danger of becoming uninhabitable because of extreme heat, such as India, Brazil and West and East Africa.

In addition, Gore matter-of-factly rattled off other climate disasters that have occurred in the past year: Rain bombs. Monsoons. An airborne tsunami. A millennium drought. A mega drought.

“All of this affects our food system,” Gore said, mentioning an increased risk of multi-breadbasket failure, or widespread shock to the production of grains. Even further proof: Ukraine’s grain exports were affected by the Russian invasion, so he said India looked at it as an opportunity to export its surplus grains. But then, India had a heat wave and ended up banning wheat exports.

The former VP marveled at what he called the dramatic decrease in the cost of renewable energy, such as solar and wind. He said global sales of electric vehicles have doubled in the past year, and that in multiple countries they have reached a 10% to 15% penetration rate, “which is associated with new technology when they reach an inflection rate.” Gore said the costs of energy storage, which he called a potential $1 trillion market, are coming down quickly. He mentioned that more than 370 global companies have committed to “go 100% renewable energy,” including Salesforce.

Then he mentioned a quote from poet Wallace Stevens, “After the final no, there comes a yes, and on that yes the future world depends,” and asked the audience a question that made them laugh.

“I wonder if any of you, like me, went through moments where you worried, is Congress ever going to get its act together” regarding the climate crisis. “But they did it! After the final no, there came a yes,” Gore said, referring to the passage of “the biggest climate reform bill in the history of the entire world.” (The Inflation Reduction Act includes $369 billion for climate and energy provisions.)

The former vice president closed on a high note, and it felt and sounded like he was preaching to a choir that gave him a standing ovation: “We can solve this! Do not despair. We have the tools. The young people are demanding that we do it in every single country all over the world. Arguably the only thing we need is political will. But please remember this: Political will is itself a renewable resource. Let’s renew it.”