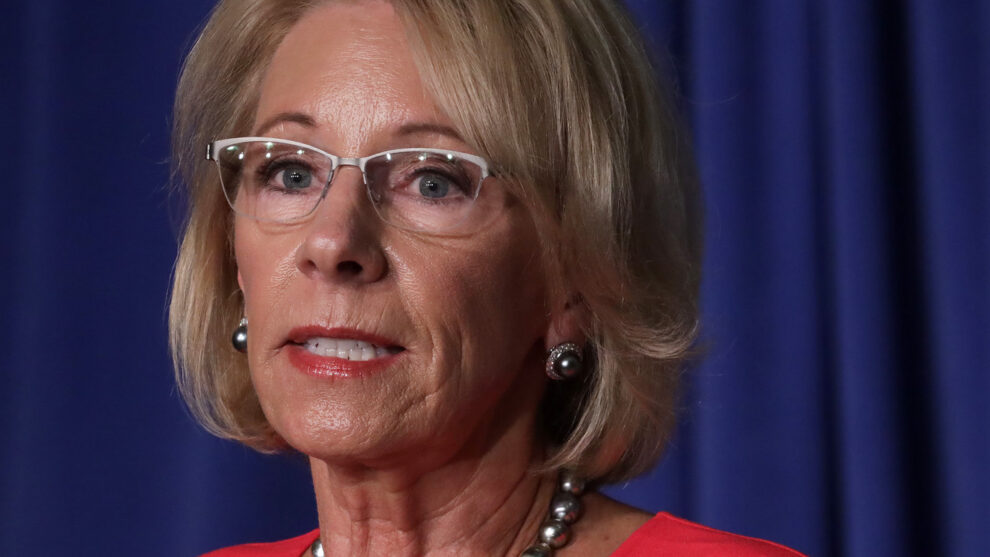 ‘Be the resistance,’ she said — angering many educators on Twitter. Read More... 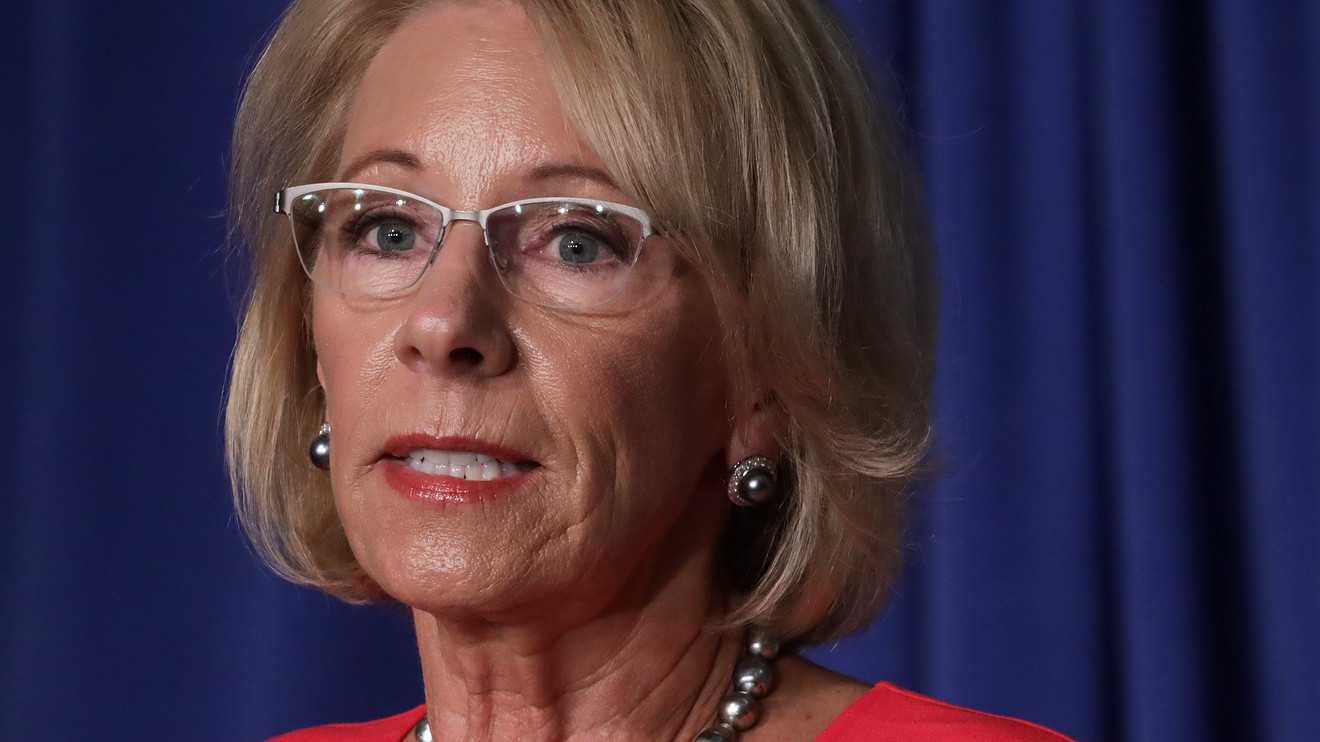 So much for a peaceful transition …

During a virtual Education Department meeting on Tuesday, President Trump’s education secretary, Betsy DeVos, told career employees to “be the resistance” when the Biden administration takes over next month.

Politico got hold of a recording of her remarks. Acknowledging that many Education Department employees will remain through the transition, DeVos said:

“ ‘Let me leave you with this plea: Resist. Be the resistance against forces that will derail you from doing what’s right for students. In everything you do, please put students first — always.’ ”

DeVos’s own future is unclear, although she will remain at the department’s helm until President-elect Joe Biden is inaugurated on Jan. 20. She was a controversial pick in the first place; Vice President Mike Pence had to break a tie in the Senate to confirm her nearly four years ago, and the department has faced an estimated 455 lawsuits during her tenure — the most in the department’s 41-year history.

Biden has sworn to reverse many of DeVos’s policies, which had shifted or undone much of the policies put in place under the Obama administration — including her overhaul of the Title IX rules on sexual assault, which was criticized for favoring those accused of assault with more rights, making it even harder for survivors to get justice.

In fact, DeVos cited her Title IX overhaul as one of the great achievements of her reign.

Her leaked remarks drew outrage on Twitter, including from many educators, as union president Randi Weingarten of the American Federation of Teachers and the nonprofit organization Student Debt Crisis condemned her divisive language and called DeVos’s track record into question.

Other critics pointed out that incoming first lady Jill Biden is a lifelong teacher with a Ph.D. in education, suggesting that the Biden administration should be well-equipped to make Education Department decisions.

Of course, comments from the right-wing DeVos, who brought no experience with public schooling to the role in 2017, do tend to get tongues wagging, such as when she recently described free college as “a socialist takeover of higher education,” and called canceling student debt “wrong.”

Related:Cancel student debt? This chart breaks down who owes what

DeVos also said during Tuesday’s meeting that her aim “in everything we accomplished was to do what’s right for students,” and, “four years later it’s still my focus and it’s still my hope for all of you.”

Key Words (April 2017):Why Keith Olbermann is thinking about a ‘President Betsy DeVos’ 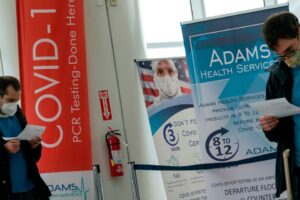 What’s Worth Streaming: Here’s everything coming to Netflix in January 2021 — and what’s leaving
Robinhood Is Accused of ‘Gamification’ by Massachusetts
Comment