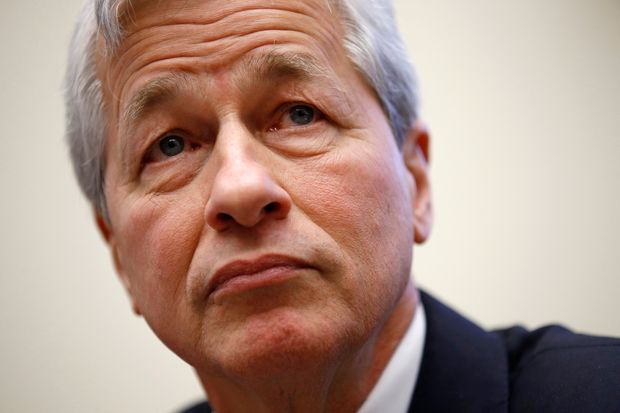 J.P. Morgan Chase's CEO argued in a recent interview that a wealth tax, as has been proposed by several Democrats, is "impossible to do." Read More...

“ ‘I’m not against having higher tax on the wealthy. But I think that you do that through their income as opposed to, you know, calculate wealth which becomes extremely complicated, legalistic, bureaucratic, regulatory, and people find a million ways around it.’ ”

That’s J.P. Morgan Chase’s JPM, -0.54% billionaire CEO Jamie Dimon arguing in a CNBC interview this week that a wealth tax, as has been proposed by several Democrats, is “impossible to do.”

Dimon also took issue with Joe Biden’s plans to roll back Trump’s huge tax cuts if he wins the White House. He said that the current tax policies are among some of the “very good things” the president has done for the U.S. economy, which he said has traditionally been a “red tape society” with a bureaucracy that “slows down a lot of business.”

Dimon said governments should focus more on how taxes are structured in order to keep their economies growing. “I remind people, the world, when you slow down the economy, you are hurting the disadvantaged more than anybody else,” he explained. “There’re taxes which will slow down growth, like taxes on capital formation, or labor; and there’re taxes which will not affect growth like taxes on, you know, well-to-do people like me.”

Here’s a clip from the interview:

This isn’t the first time Dimon has said his fine with higher taxes. “I believe individuals earning the most can afford to pay more, and I have no problem paying higher taxes to address some of the fundamental challenges and inequities in our society,” he told Fox Business last year.

Can Netflix's (NFLX) Decade of Streaming Dominance Continue in the 2020s?

A mink may have infected a second Dutch worker with coronavirus, agriculture minister says