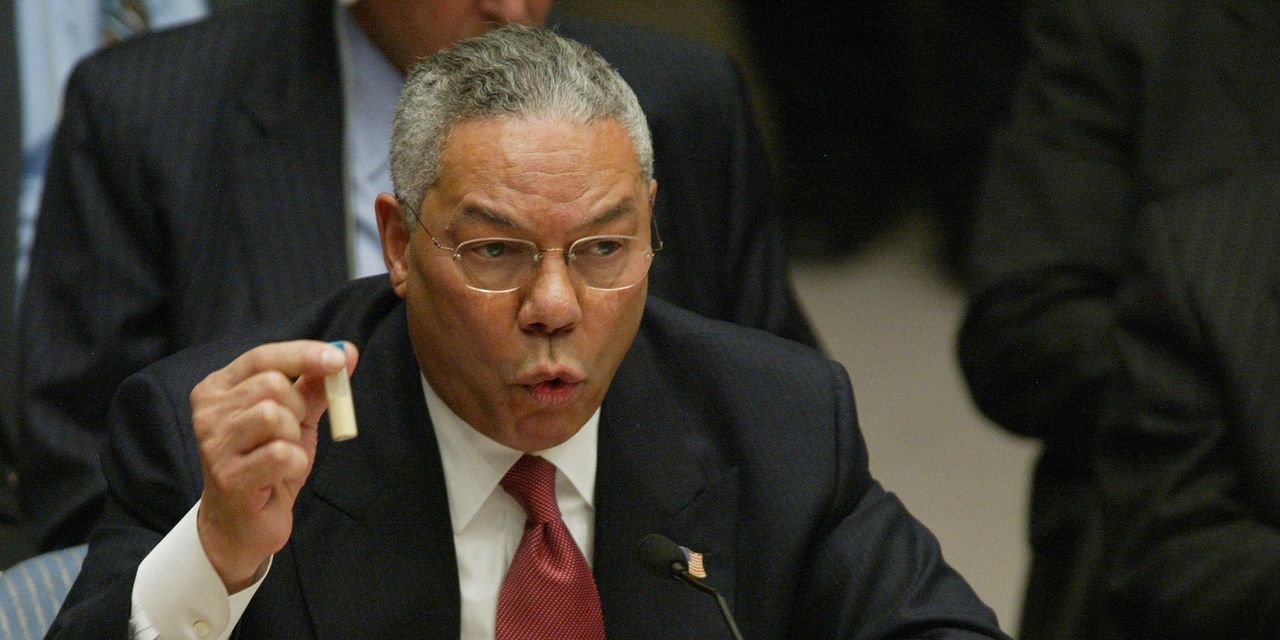 Allies and associates of Colin Powell, the four-star Army general who went on to serve as U.S. secretary of state and chairman of the Joint Chiefs of Staff and died Monday of complications from the novel coronavirus–borne disease COVID-19, lamented that Powell obituaries were likely to feature a career low point: Powell’s presentation in 2003 before the United Nations Security Council on the need to invade Iraq.

From the archives (February 2003): Powell makes case for Iraqi war

Richard Haass, president of the Council on Foreign Relations and director of policy and planning at the State Department at the time Powell addressed the Security Council, sought in an appearance on MSNBC to provide a fuller context to that notorious event, saying Powell had “scrubbed” from a draft of the speech “probably 95 or 98 percent of the material that ought not to have been there.”

Of that draft, which Haass described as having been forwarded to the State Department “from the vice president’s [Dick Cheney’s] office — from Scooter Libby,” Haass offered this characterization:

Haass, who described Powell as a personal friend of four decades’ standing, said the former general was one of the most intellectually honest people he’d ever met.

I. Lewis “Scooter” Libby, a former top aide to Cheney, was found guilty in 2007 of obstructing justice and perjury in an investigation into the leaking of a secret agent’s name in an effort to discredit the anti–Iraq war views of the agent’s husband, a U.S. ambassador. Libby was pardoned in 2018 by then–President Donald Trump.