The Capitol Police officer who shot and killed Ashli Babbitt during the Jan. 6 insurrection publicly revealed himself for the first time Thursday, and said he had no choice but to shoot. Read More... 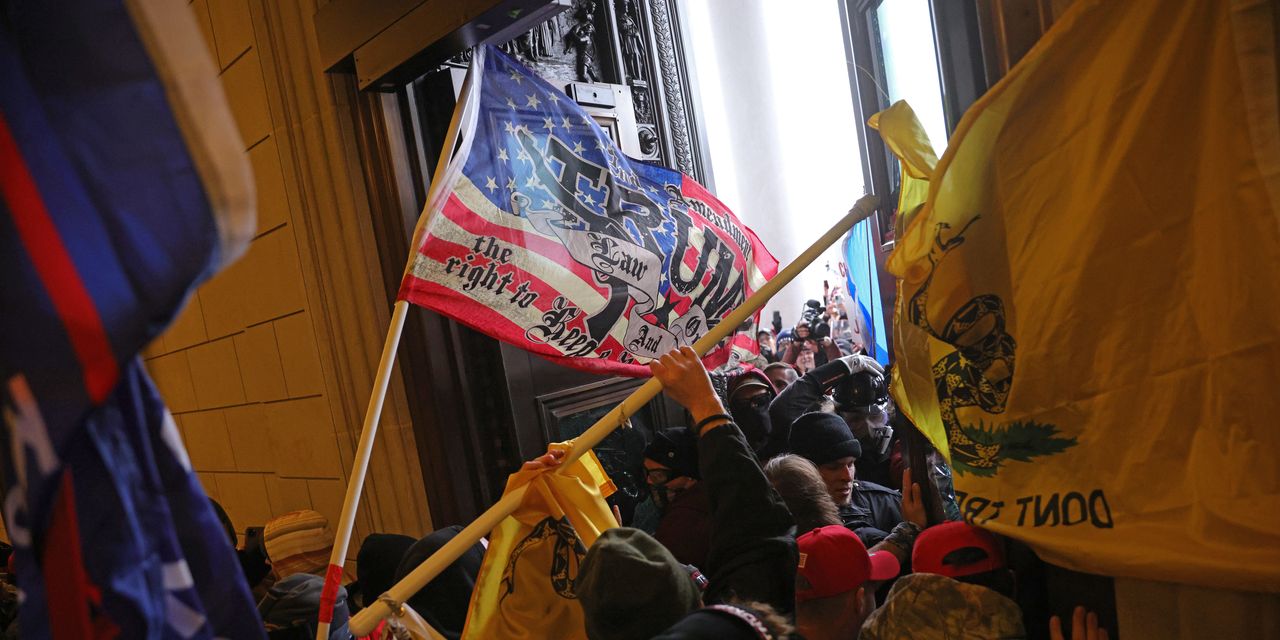 The Capitol Police officer who shot and killed Ashli Babbitt during the Jan. 6 insurrection publicly revealed himself for the first time Thursday, and said he had no choice but to shoot.

In an interview with NBC News, Lt. Michael Byrd, a 28-year veteran of the Capitol Police force, said he and other officers had barricaded themselves with furniture outside the House chamber, where 60 to 80 lawmakers and staffers were sheltering.

“We were essentially trapped where we were,” Byrd told NBC’s Lester Holt. “There was no way to retreat. No other way to get out.”

Byrd said he had heard on his radio multiple reports of officers down and injured, and that the pro-Trump mob inside the Capitol kept pressing forward. He said he repeatedly yelled for the crowd to move back, and he fired one shot at a demonstrator trying to push through a doorway as a “last resort.” That shot killed Babbitt, a 35-year-old Air Force veteran who has become a martyr to some in the far right.

Byrd, who is Black, said he has no doubt he made the right decision. “I know that day I saved countless lives,” he told Holt. “I know members of Congress, as well as my fellow officers and staff, were in jeopardy and in serious danger. And that’s my job.”

The shooting was declared justified by the Capitol Police and the Justice Department, and Byrd was cleared of any wrongdoing.

Byrd said he faced death threats after his name was leaked earlier this year. “It’s all disheartening, because I know I was doing my job,” he said.

He also rejected claims that he had partisan motives for the shooting. “I do my job for Republican, for Democrat, for white, for Black, red, blue, green,” Byrd said. “I don’t care about your affiliation.”

Earlier Thursday, seven Capitol Police officers who were injured during the riot filed a lawsuit against former President Donald Trump, his political allies and members of far-right groups, accusing them of intentionally inciting the mob.

The Big Move: I dream of moving to San Diego, but it’s so expensive — even with a $300K down payment. Should we wait for the market to cool?
Exclusive-Microsoft warns thousands of cloud customers of exposed databases
Comment

Lawrence A. Cunningham’s Quality Investing: Meme stock investors are bringing AMC and other troubled companies back to life

: Inheriting a house? Read this before you make any rash decisions