Inflation won't be “transitory,” the Federal Reserve is on the wrong page, and trouble lies ahead for traditional portfolios split 60%/40% between stocks and bonds, warns legendary trader Paul Tudor Jones. Read More... 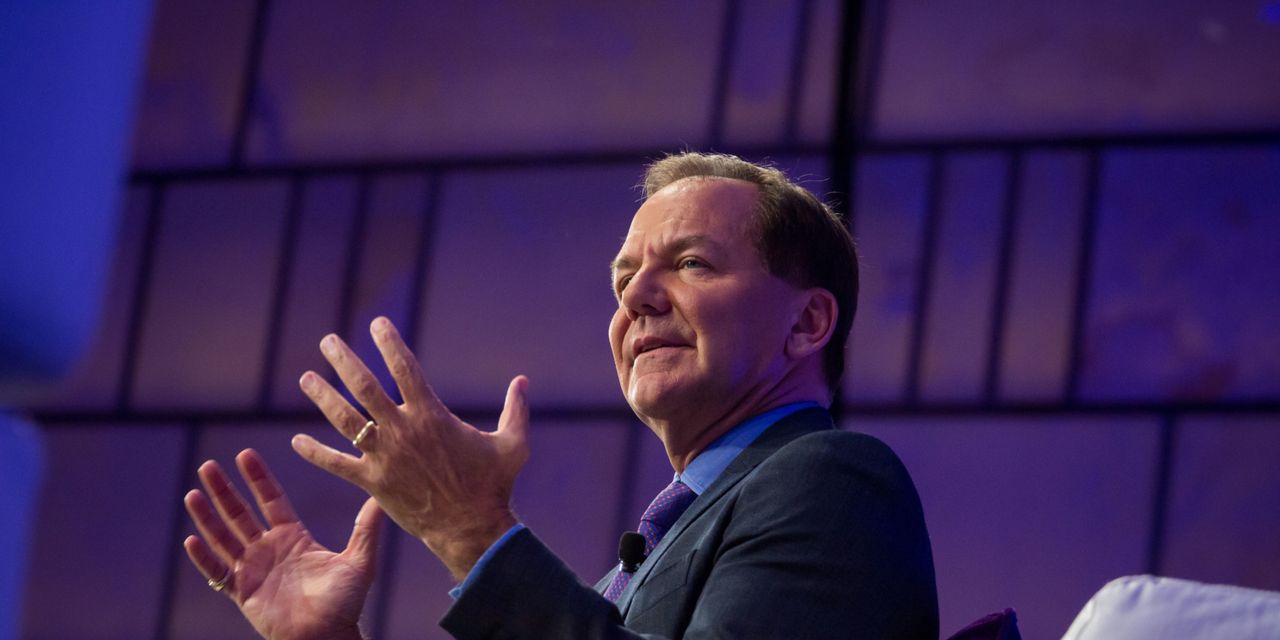 “‘The No. 1 issue facing Main Street investors is inflation, and it’s pretty clear to me that inflation is not transitory. It’s probably the single biggest threat to, certainly, financial markets and again probably I think to society just in general.’”

In an interview with CNBC, Jones said he feared the Fed was employing what may be the most inappropriate monetary policy of his lifetime. The Fed moved to average inflationary targeting in a bid to lift stubbornly low inflation. The Fed won that battle “in a blowout,” Jones said. Now the problem is that high inflation is likely to remain stubborn and potentially “much worse than what we fear.”

Jones won fame for predicting the stock-market crash in 1987.

Jones said the demand side of the equation, which is “$3.5 trillion greater than it normally would be” is “just sitting in liquid deposits that can go into stocks or crypto or real estate or can be consumed…It’s waiting to be utilized, which is why inflation will not be transitory.”

A large cost-of-living increase for Social Security recipients as well as the military will be “more fuel to the inflationary fire,” he said. Meanwhile, rising wage pressures will be another driver as the economy faces structural issues that won’t be resolved by low interest rates or quantitative easing.

The Fed has signaled it’s prepared to begin scaling back its monthly asset purchases before year-end, while policy makers have emphasized that rate increases won’t immediately follow.

The U.S. consumer-price index rose 5.4% year over year in September, compared with 5.3% the prior month, remaining at a 30-year high and more than double the Federal Reserve’s 2% average target.

Jones said a repeat of the Fed’s 2013 playbook, when it began scaling back asset purchases, wouldn’t be sufficient in the current environment. In 2013, unlike now, commodity prices were falling.

The inflation threat spells doom for traditional equity portfolios split 60% to equities and 40% to bonds, he said Wednesday. But equities may remain a decent bet if inflation proves persistent, he said. Jones said investors should look to hedge against inflation pressures, including through commodities and Treasury inflation-protected securities, or TIPS.

The Moneyist: My stepfather lies about his drinking. I helped him buy a home after his divorce — now he wants me to pay for it. When is enough enough?

The Margin: Fox News apologizes after getting called out for comparing ‘the death of black men to gains in the stock market’