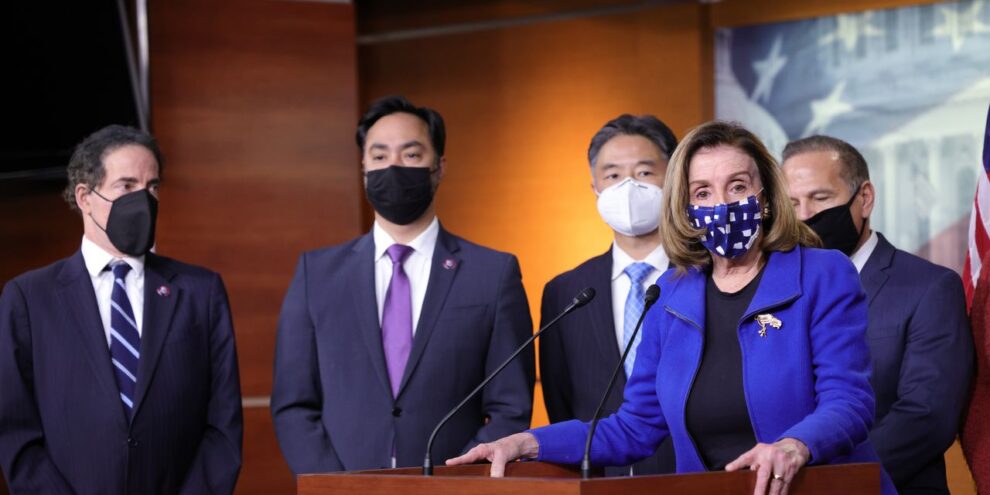 Fifty-eight percent of Americans, according to new poll, believe Trump should have been found guilty inciting the Jan. 6 riot at the U.S. Capitol — after 57% of senators voted to convict. Read More... 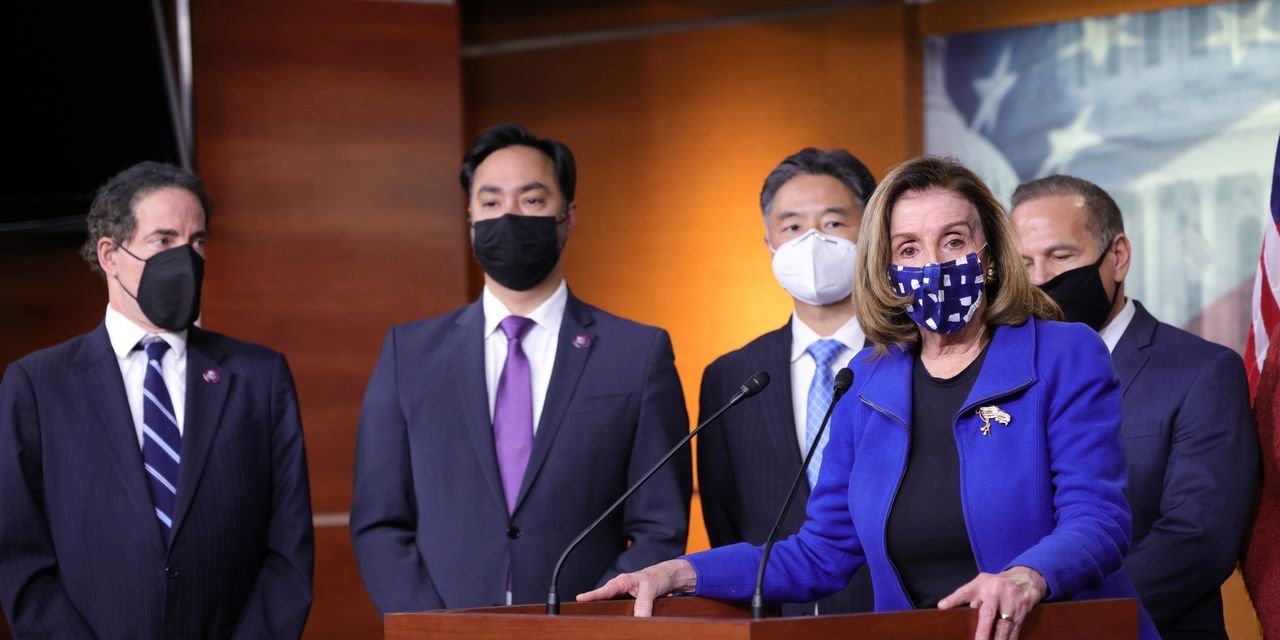 House Speaker Nancy Pelosi, making a cameo appearance at the House managers’ news conference after 57% of the Senate — and not the required two-thirds — voted to convict Donald Trump in his impeachment trial for inciting insurrection, signaled a congressional censure of the former president would not meet the moment:

The speaker appeared to refer to the bipartisan censure in 2010 of former Democratic Rep. Charlie Rangel, who, alongside additional alleged transgressions, misused congressional letterhead for mailings soliciting donations to a university center in New York named in his honor.

An ABC/Ipsos poll released Monday showed a nearly equal proportion of the U.S. population as of the U.S. Senate believed Trump deserved to be convicted for words and actions that culminated in the deadly Jan. 6 siege of the U.S. Capitol by Trump supporters. (In the Senate, seven Republicans joined all Democrats and independents in finding Trump guilty of incitement.)

Pelosi was responding to a question on a prospective Trump censure called out by a journalist as she departed the Saturday afternoon news conference. She said she had only chosen to join the House managers at the press availability to rebut Senate Minority Leader Mitch McConnell’s claim that, while Trump was in essence guilty as charged, the Senate lacked jurisdiction in the matter as Trump was no longer in office.

Don’t miss: McConnell: ‘Trump is still liable for everything he did’ — read full speech

Trump, Pelosi noted, remained president on Jan. 13, when he was impeached for a second time by the House, and it was Republican leader McConnell who notified the House that the Senate was not willing to receive the article of impeachment until Inauguration Day, Jan. 20.

Chuck Schumer, the New York Democrat with whom McConnell has traded Senate roles in the wake of 2020 elections, had sought to employ emergency powers to call the Senate into session to take up a trial immediately after the House’s impeachment vote, but McConnell successfully held him off.

Read on: Support grows for 9/11-commission-style probe of Capitol siege

Why Is Every Tech Company A Bank These Days?

Is Shopify Stock A Buy After Coming Off Record High?

The Margin: New York City is ‘dead forever,’ according to one proud New Yorker