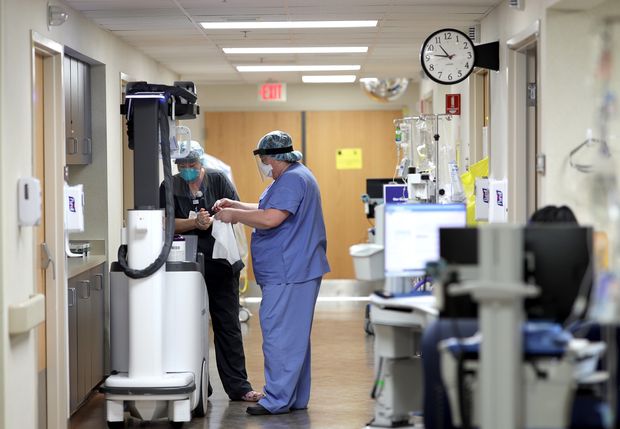 Michael Osterholm, the director of the University of Minnesota's Center for Infectious Disease Research and Policy, delivered a stark warning on NBC's "Meet the Press" in an interview Sunday. Read More...

“ ‘The next six-to-12 weeks are going to be the darkest of the entire pandemic.’ ”

That’s Dr. Michael Osterholm, director of the University of Minnesota’s Center for Infectious Disease Research and Policy, delivering a stark warning on NBC’s “Meet the Press” on Sunday.

“We do have vaccines and therapeutics coming down the pike,” Osterholm  said, though any availability of a vaccine in a “meaningful way” won’t be until perhaps the third quarter of 2021.

“Even then, half of the U.S. population, at this point, is skeptical of even taking the vaccine,” he said, pointing to a lack of clear leadership. “What we have right now is a major problem in messaging.”

Osterholm said that Friday’s 70,000 cases in the U.S. — the most since the number peaked in July — is just the beginning of a very difficult stretch.

“That number, we’re going to blow right through that,” he told NBC’s Chuck Todd. “And between now and the holidays, we will see numbers much, much larger than even the 67,000 to 75,000 cases.”

Watch the full show, with Osterholm’s appearance at the 23:35 mark:

There have been more than 8.1 million COVID-19 cases in the U.S., according to Johns Hopkins University, with more than 219,000 deaths.

One disturbing trick companies use to keep wages stagnant, even in a strong economy

Market Snapshot: Dow rises 350 points as optimism grows over lockdown easing and progress on a vaccine

The Wall Street Journal: Hospitals would be forced to disclose prices with insurers under new Trump plan

Can the Hybrid Cloud Market Generate Fresh Growth for IBM?