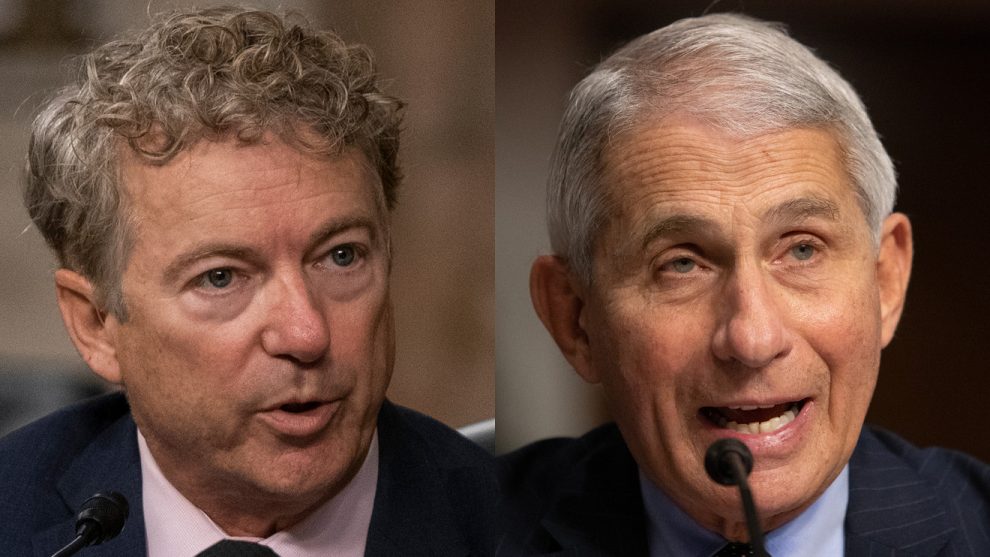 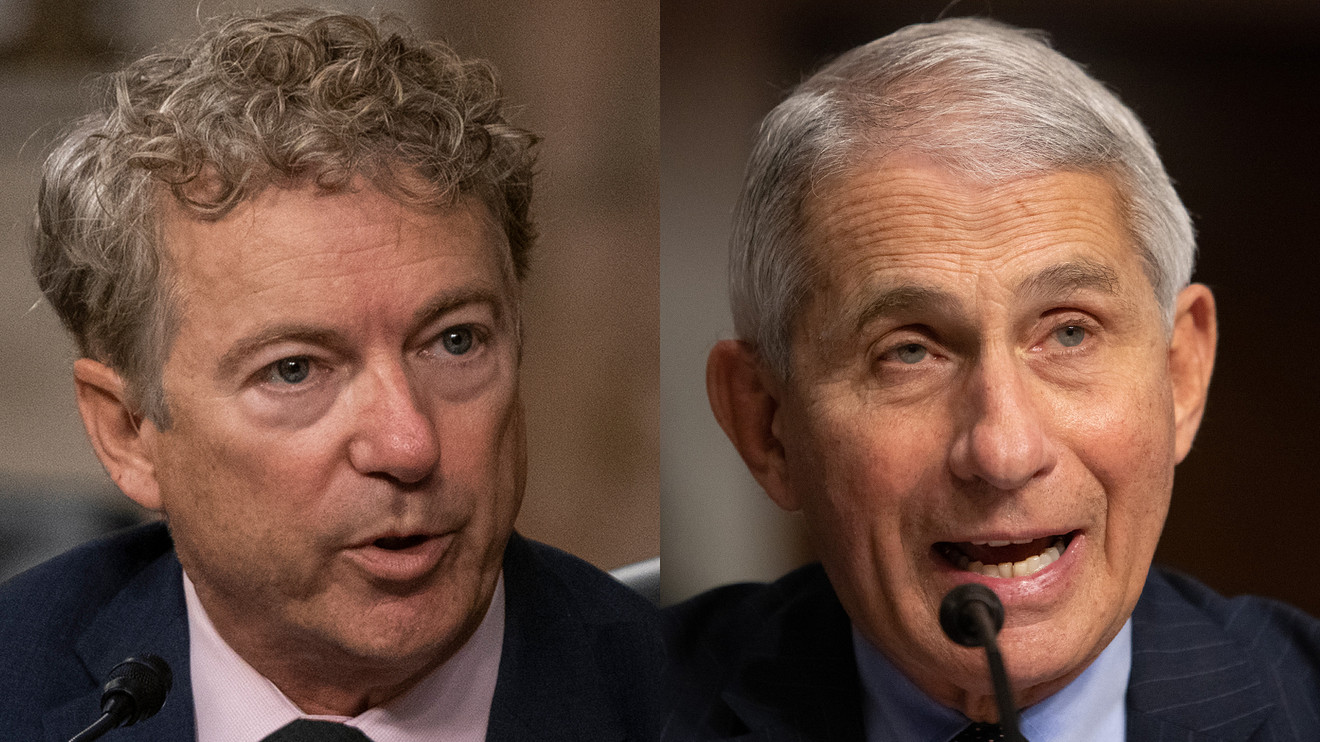 The nation’s leading infectious-disease expert scolded the Republican senator from Kentucky for repeatedly “misconstruing” COVID-19 data during a heated congressional hearing on Wednesday.

Paul, who has criticized the economic shutdown measures enacted to limit the spread of the coronavirus, pointedly asked the White House coronavirus task-force member how effective he believes these social-distancing measures have been, and whether Fauci has had any second thoughts about his lockdown recommendations.

“ ‘You’ve misconstrued that, senator, and you’ve done that repetitively in the past.’ ”

To make his case, Paul tried to compare the U.S. coronavirus death toll, which just passed a grim 200,000 milestone on Tuesday, to Sweden’s, even though the U.S. is much larger and more populated than the Scandinavian country. After an initial surge in COVID-19 infections and mortalities, Sweden now has one of Europe’s lowest death rates despite never mandating masks or closing down schools, restaurants and gyms.

See:Sweden embraced herd immunity, while the U.K. abandoned the idea — so why do they both have high COVID-19 fatality rates?

“Is man really capable of altering the course of infectious disease through crowd control? The statistics argue a resounding no,” Paul said, adding that, “despite all of the things we’ve done in the U.S., our death rate is essentially worse than Sweden, [and] equivalent to the less developed world.” It should be noted that Paul was the first U.S. senator to test positive for the coronavirus in March. He was asymptomatic, and he was criticized by some at the time for not quarantining himself while he was waiting for his test results.

Fauci countered that Sweden’s death toll is actually much worse than those of comparable neighboring Nordic countries, however, which did impose lockdown measures early in the pandemic. Sweden’s death toll (5,870) is much higher than those of Norway (267) and Finland (341), according to Johns Hopkins University data, and its case count is also much higher. “I don’t think it’s appropriate to compare Sweden with us,” said Fauci.

Research from Columbia University suggests that 36,000 American lives could have been saved by early May, and there could have been at least 700,000 fewer infections by that time, if the government had put broad social-distancing measures in place just one week earlier in March. “I don’t regret saying that the only way we could have really stopped the explosion of infection was by essentially … shutting down,” Fauci said.

Related:Dr. Fauci tells MarketWatch: I would not get on a plane or eat inside a restaurant

Paul taunted Fauci as being “a big fan” of New York Gov. Andrew Cuomo, and questioned how the state has managed to bring its coronavirus outbreak under control. “How can we possibly jump up and down and say, ‘Oh, Gov. Cuomo did a great job’? He had the worst death rate in the world,” Paul said, arguing that herd immunity (having enough people become immune to COVID-19 through natural infection or vaccination to make its spread to additional people unlikely) may have been more effective in flattening the curve in New York than anything the local government did.

Fauci came back swinging: “No, you’ve misconstrued that, senator, and you’ve done that repetitively in the past,” said Fauci, arguing that New York was hit hard by the virus early on, but it got its test-positivity rate down to 1% or less through face-mask mandates, social distancing, pushing people to spend more time in well-ventilated areas outdoors instead of indoors, avoiding crowds and washing hands — measures that have been recommended by the coronavirus task force and the Centers for Disease Control and Prevention.

Paul again countered that the test-positive rate may also have simply dropped because the population “developed enough community immunity that they’re no longer having the pandemic, because they have enough immunity in New York City to actually stop.”

Fauci interrupted: “I challenge that, senator,” noting to the moderator that “this happens with Sen. Rand all the time.”

“You are not listening to what the director of the CDC said, that in New York [the infection rate is] about 22%,” Fauci said. “If you believe 22% is herd immunity, I believe you’re alone in that.” Epidemiologists estimate that at least 70% of the population attaining immunity is needed to achieve actual herd immunity.

New York City has also seen a fresh spate of outbreaks in several neighborhoods in Brooklyn and Queens, so it’s not out of the woods yet.

Related:Have you ‘herd’? New York might have immunity — but please don’t count on it, the mayor pleads

Paul also tried to push what he called a “fascinating field of inquiry” into whether people who have been exposed to other coronaviruses, including the common cold, might have a cross-reactive immunity to the novel coronavirus that causes the disease COVID-19. He said this may be why so many infected patients have minor or no symptoms.

Fauci knocked that down, as well, noting that there’s a recent study debunking the theory, although he told Paul that “I’d like to talk to you about that also.”

It’s not the first time that Fauci and Paul have sparred. In June, the senator boiled down the doctor’s coronavirus response to “We can’t do this, we can’t do that.” Paul said at the time: “We shouldn’t presume that a group of experts somehow knows what’s best for everyone.”

Fauci responded, “The only thing that I can do is, to the best of my ability, give you the facts.”

Personal Finance Daily: ‘I was not fully informed’ — FDA recommends breast implants with ‘black-box’ warning labels about potential hazards, and when do we turn back the clocks?

The Week Ahead: Earnings From Apple, Facebook, Berkshire Hathaway, and More

The Giving Pledge turns 10: These billionaires pledged to give away half their wealth, but they soon ran into a problem