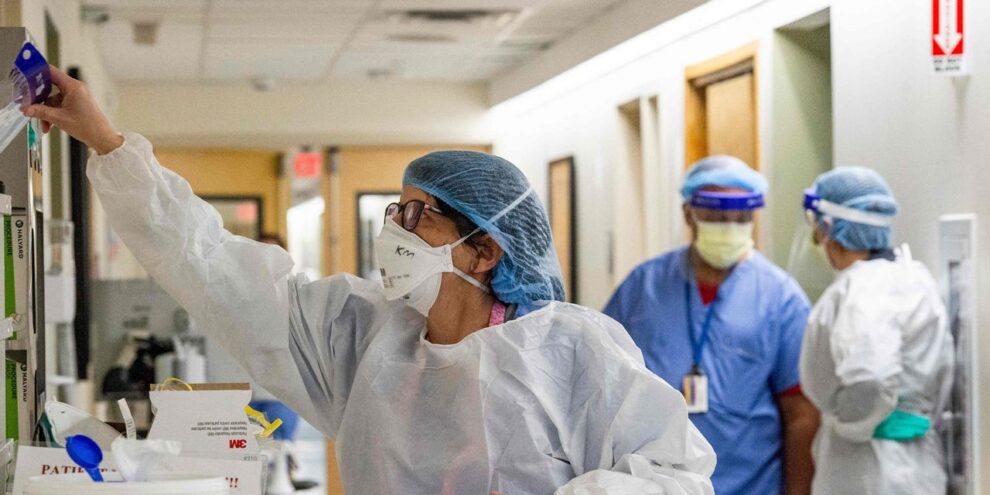 AFL-CIO President Liz Shuler had some strong words for the the Supreme Court’s ruling to stay enforcement of OSHA’s vaccine mandate. Read More... 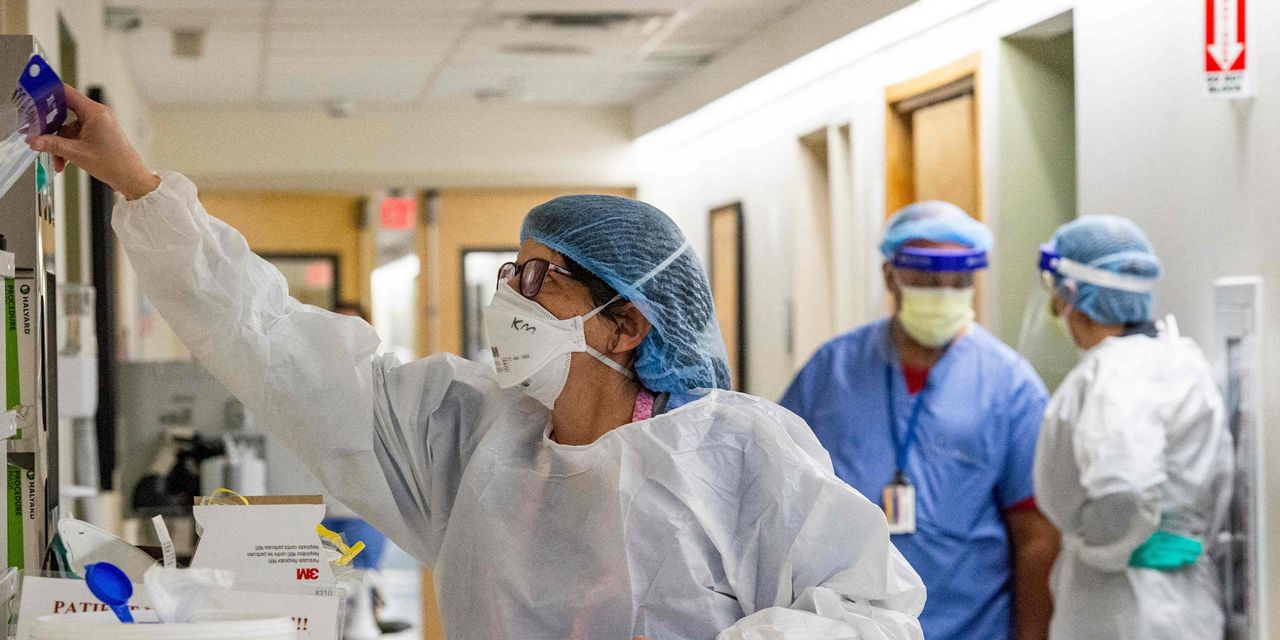 One woman’s worker safety is another man’s economic freedom.

The American Federation of Labor and Congress of Industrial Organizations, a group of more than 50 national and international labor unions representing 12 million active and retired workers, is not happy with the Supreme Court’s decision to block the Biden administration’s vaccine-or-test mandate for employers with 100 employees or more.

The Supreme Court on Thursday issued a decision that stopped the administration from mandating a requirement that large companies insist their workers are vaccinated against COVID-19, or undergo weekly testing and wear a mask on the job. However, the judges did permit the government to proceed with a vaccine mandate for most health-care workers in the U.S.

AFL-CIO President Liz Shuler had some strong words for the the Supreme Court justices, and their ruling to stay enforcement of the Occupational Safety and Health Administration’s vaccine mandate, saying the organization was “disappointed” in the court’s decision. “While infections and hospitalizations surge, we again urge the Biden administration to require employers to provide protections beyond vaccines.”

“‘While infections and hospitalizations surge, we again urge the Biden administration to require employers to provide protections beyond vaccines.’”

“COVID-19 standard for health-care workers and issue an emergency standard to ensure all at-risk workers are provided layers of protections against COVID-19 transmission at work like improved ventilation, distancing, masking and paid leave,” Shuler said in a statement released late Thursday. “We will not beat this pandemic until we stop the spread of the virus at work.”

National Nurses United, a labor union and professional organization that represents more than 175,000 members nationwide, welcomed the Supreme Court’s decision to maintain the vaccine-or-test mandate for medical workers, but the union’s leaders expressed their “dismay” that the court overruled similar federal safety measures for all employees.

“At a time when we’re closing in on 850,000 Americans having died in the worst global pandemic in a century, and when infections and hospitalizations are continuing to soar, it is the obligation of our public agencies to require and enforce essential public-safety measures to protect the lives and health of all American workers,” said NNU President Zenei Triunfo-Cortez.

“‘It is the obligation of our public agencies to require and enforce essential public-safety measures to protect the lives and health of all American workers.’”

Triunfo-Cortez said employers have routinely ignored safety protocols for workers. “The result has been the deaths of more than 4,700 health-care workers, including close to 500 registered nurses, and hospitals turned into sites of potential infection instead of healing, with patients being infected with COVID-19 after arriving in hospitals for other emergency care.”

However, the Supreme Court’s conservative wing begged to differ. “OSHA has never before imposed such a mandate. Nor has Congress. Indeed, although Congress has enacted significant legislation addressing the COVID–19 pandemic, it has declined to enact any measure similar to what OSHA has promulgated here,” the court’s conservative majority wrote in an unsigned opinion.

The decision comes at a time when the highly-contagious omicron variant is blazing a trail across the U.S. The country recorded an average of 781,203 new COVID-19 infections, up 159% over a two-week period, according to a New York Times case tracker. Hospitalizations were up 82% from two weeks prior at 145,005. Deaths have reached a daily average of 1,827, up 51% over two weeks.

“‘OSHA clearly exceeded its authority promulgating its original mandate under emergency powers without giving stakeholders the benefit of a rule-making process.’”

Shuler insisted the court’s ruling did not undermine OSHA’s core role. “While we are disappointed by the decision, the court’s majority clearly acknowledged OSHA’s authority to protect workers who face heightened risks of contracting COVID-19 in the workplace,” she added. “OSHA’s responsibility to provide safe working conditions remains firmly in place.”

But industry trade groups welcomed the move. David French, senior vice-president of government relations at the National Retail Federation, said, “NRF urges the Biden administration to discard this unlawful mandate and instead work with employers, employees and public-health experts on practical ways to increase vaccination rates and mitigate the spread of the virus in 2022.”

Indeed, French called the ruling by the Supreme Court, which has a 6-to-3 conservative majority, a “significant” victory for businesses. “As NRF and other plaintiffs articulated in our briefs before the court, OSHA clearly exceeded its authority promulgating its original mandate under emergency powers without giving stakeholders the benefit of a rule-making process.”

Read next: Behind the Supreme Court’s decision to block Biden’s employee mandate

: Who gave a 50-year-old federal agency the power to create a vaccine mandate? Behind the Supreme Court’s decision to block Biden’s employee mandate
The Moneyist: ‘He is a liar and a cheat’: My brother is bilking our ailing father out of $4,000 a month — even though he has two home-help aides
Comment