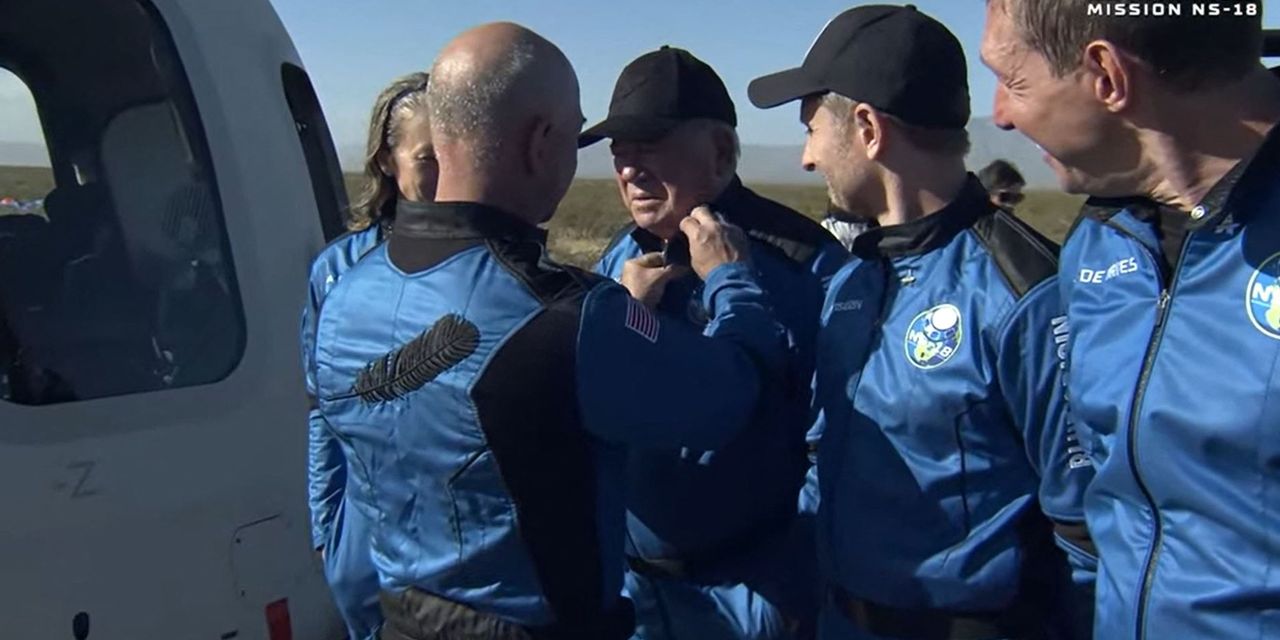 “‘I do not know what I may appear to the world, but to myself I seem to have been only like a boy playing on the seashore, diverting myself in now & then finding a smoother pebble or a prettier shell than ordinary, whilst the great ocean of truth lay all undiscovered before me.’”

William Shatner is now a rocket man for real, and the 10-minute jaunt into space has given the actor/singer/Priceline.com BKNG, -0.03% pitchman a new perspective on life and death, as well as Earth and the universe at large.

Shatner, 90, was over the moon after he fell back to Earth, and raved about his experience to Blue Origin founder Jeff Bezos.

“Everybody in the world needs to do this,” Shatner said. “That’s the thing — the covering of blue. This sheet, this blanket, this comforter of blue. We think, ‘Oh, it’s blue sky.’ And then suddenly you shoot through it all of a sudden like you whip off a sheet, and you’re looking into blackness. Into black ugliness.”

Shatner continued, comparing Earth below to space above: “There is mother of Earth and comfort, and there’s — is there death? I don’t know. Is that the way death is? Whoa, and it’s gone. Geez. It was so moving.”

He added: “I hope I never recover from this. I hope that I can maintain what I feel now — I don’t want to lose it. It’s so much larger than me and life.”

Blue Origin is offering spots for future short-term space flights, though there’s no word on whether there will be discounts anytime soon.

Showdowns? Knockout Blows? Not in This Debate.

This woman paid off $10,000 in credit-card debt with a personal loan, but her first attempt landed her in the red again

Outside the Box: Both Democrats and Republicans are failing Latino voters; here’s what needs to change