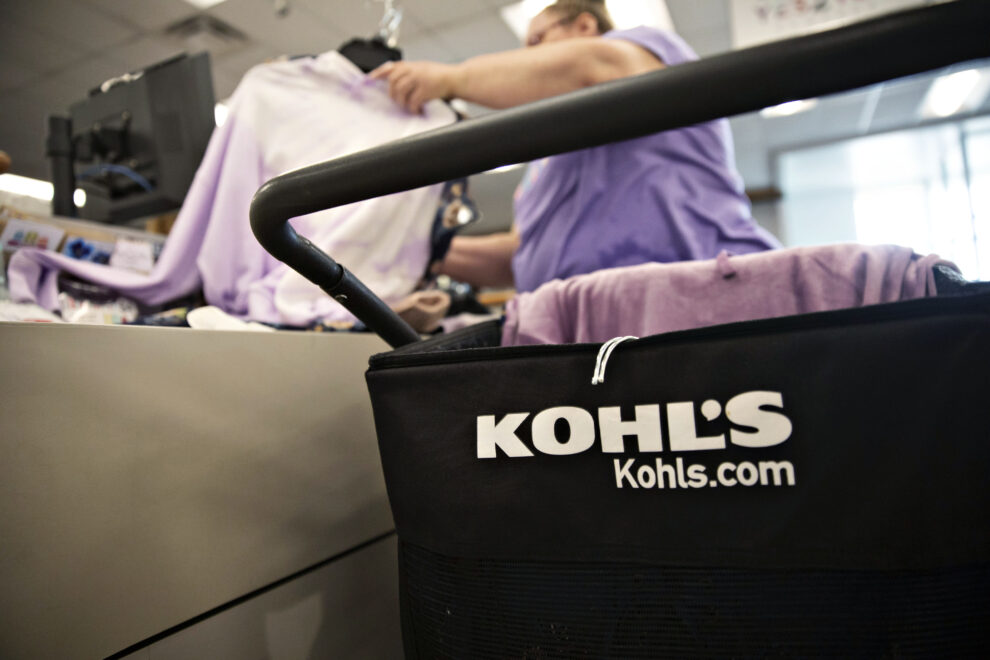 Kohl's on Tuesday reported a 13.3% decline in quarterly sales, as the coronavirus pandemic limited the number of people visiting its stores to buy clothes, shoes and beauty items. Read more...

A shopper prepares to pay for items at a Kohl’s department store in Peru, Illinois, May 16, 2019.

Kohl’s on Tuesday reported a 13.3% decline in quarterly net sales, as the coronavirus pandemic limited the number of people visiting its stores to buy clothes, shoes and beauty items.

Kohl’s is entering the holidays “well-positioned” to rival its peers and take advantage of the market share up for grabs in the wake of numerous retail bankruptcies and store closures this year, Gass said. The retailer significantly cut its inventories during the latest quarter, putting it in a position where it will be less reliant on discounts during the holiday season.

Kohl’s shares were falling around 1% in premarket trading.

Here’s how the retailer did during the third quarter ended Oct. 31 compared with what analysts were expecting, based on Refinitiv data:

Kohl’s net sales fell to $3.78 billion from $4.36 billion a year ago. Analysts were calling for $3.86 billion, according to Refinitiv estimates.

Same-store sales at Kohl’s, which track sales online and at Kohl’s stores open for at least 12 months, also fell 13.3%. Analysts, on average, were calling for an 11.39% decline.

But the company said it did report positive sales growth in three categories — athleisure, lounge and sleepwear — which it has been investing in heavily.

Kohl’s strategy heading into 2021 is to trim the amount of dressier merchandise it has in stores and focus more on adding active and comfortable clothing. It plans to launch a new athleisure brand, called FLX, next year, while expanding the amount of space devoted to activewear in its stores by almost 20%.

The retailer is seen as having a leg up on mall-based department stores like Macy’s and Nordstrom, since most of its locations are in open-air shopping centers. But it still faces competition from the likes of Target and Walmart, with the latter reporting Tuesday same-store sales gains in the U.S. of 6.4%, and e-commerce sales growth of 79%.

Kohl’s also said it will reinstate its quarterly dividend in the first half of 2021, after pausing it earlier this year due to the pandemic.

And in a bid to boost liquidity, it said it fully paid off a $1 billion balance on a revolving line of credit during the third quarter.

As of Monday’s market close, Kohl’s shares are down about 49% this year. Kohl’s has a market cap of $4.1 billion.

Market Snapshot: Dow poised to give up much of Wednesday’s 1,200-point gain as coronavirus fear stalks markets