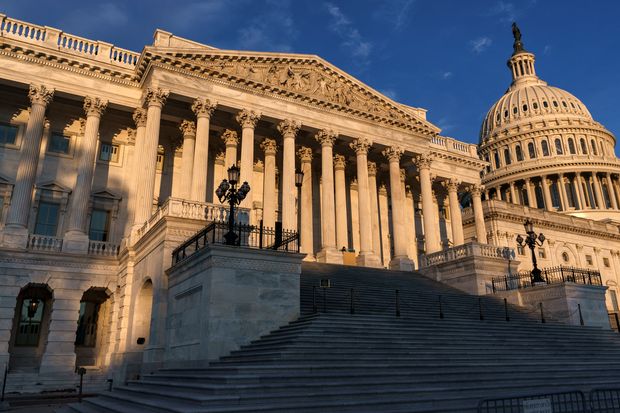 Efforts to make sure the government doesn't have to turn the lights off for lack of funding after Dec. 11 are making progress on Capitol Hill. But it remains to be seen if the funding bill debate becomes enmeshed with the stalled stimulus. Read More...

Efforts to make sure the government doesn’t have to turn the lights off for lack of funding after Dec. 11 are making progress on Capitol Hill. But it remains to be seen if the funding bill debate becomes enmeshed with the stalled stimulus.

The argument in favor of mixing the two is it might light a fire under lawmakers to finally move on a stimulus package. But they rejected a similar idea in September and if the stimulus weighed down the funding bill, another government closure could not be ruled out.

Speaking to reporters on a conference call Wednesday, Democratic Senate Leader Chuck Schumer left the door open to combining the issues, noting he and House Speaker Nancy Pelosi had sent a letter Tuesday to Senate Majority Leader Mitch McConnell asking him to begin formal negotiations on a stimulus.

“If that doesn’t work, we’ll have to look at other alternatives, of course,” Schumer said.

The two sides have barely budged on the coronavirus economic aid front since the election, which saw Democrat Joe Biden win the White House and Senate Republicans likely to keep the Senate, depending on the outcome of two races in Georgia.

Separately, appropriators in Congress have been passing paper back and forth to narrow differences in how to fund various agencies, with an eye to getting to an outline of a funding deal by the end of the week.

McConnell reiterated Wednesday morning he was not moving off of his demand any new stimulus not be close to the size of the $1.7 trillion CARES Act made into law in March. Instead, he has said he wants a targeted bill closer to $500 billion, well below the last House offer of $2.2 trillion.

“Well, it’s not too late to make a difference. Republicans stand ready to deliver this urgent aid. Let’s fund all the programs where there is not even real disagreement. Let’s do it now,” he said on the Senate floor.

Mark Meadows, the White House chief of staff, met with McConnell on Wednesday and attended the weekly Senate Republican lunch. He said after seeing McConnell he couldn’t guarantee there would be no shutdown but he was hopeful.

“I can tell you it’s a high priority to make sure we keep our government funded,” he told reporters.

Part of the issue is whether lawmakers try to wrap up all the fiscal 2021 funding questions in a massive omnibus bill or instead kick the can down the road further with another stopgap bill. That decision could affect whether parts of a stimulus or a stimulus gets attached. So far, leaders on both sides of the aisle are hoping an omnibus bill can get done, which would clear the legislative decks for next year.

“I am very hopeful that with the Speaker’s leadership and hopefully with the cooperation of Sen. McConnell and others that we will pass a COVID relief bill prior to Dec. 11,” Rep. Steny Hoyer, the second-ranking Democrat on the House side, said at press conference.

Commodities Corner: Thanksgiving could see almost half as many travelers, despite the lowest seasonal gas prices in 4 years
Google Expands Pay App With Bank Accounts and Debit Card
Comment

Dow, S&P 500 and Nasdaq near records but stock-market volumes are the lowest in months — Here’s why

Key Words: Cuomo speaks of fears during New York’s coronavirus pandemic: ‘I had two nightmares when this started’