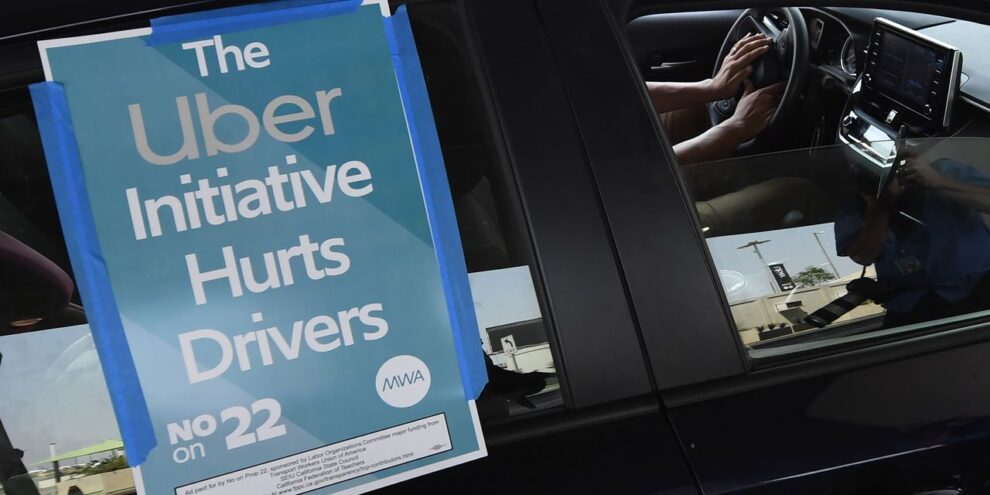 Ride-hailing drivers and the Service Employees International Union on Tuesday filed a lawsuit against California over Proposition 22, asking the state Supreme Court to invalidate it on grounds that it is unconstitutional. Read More... 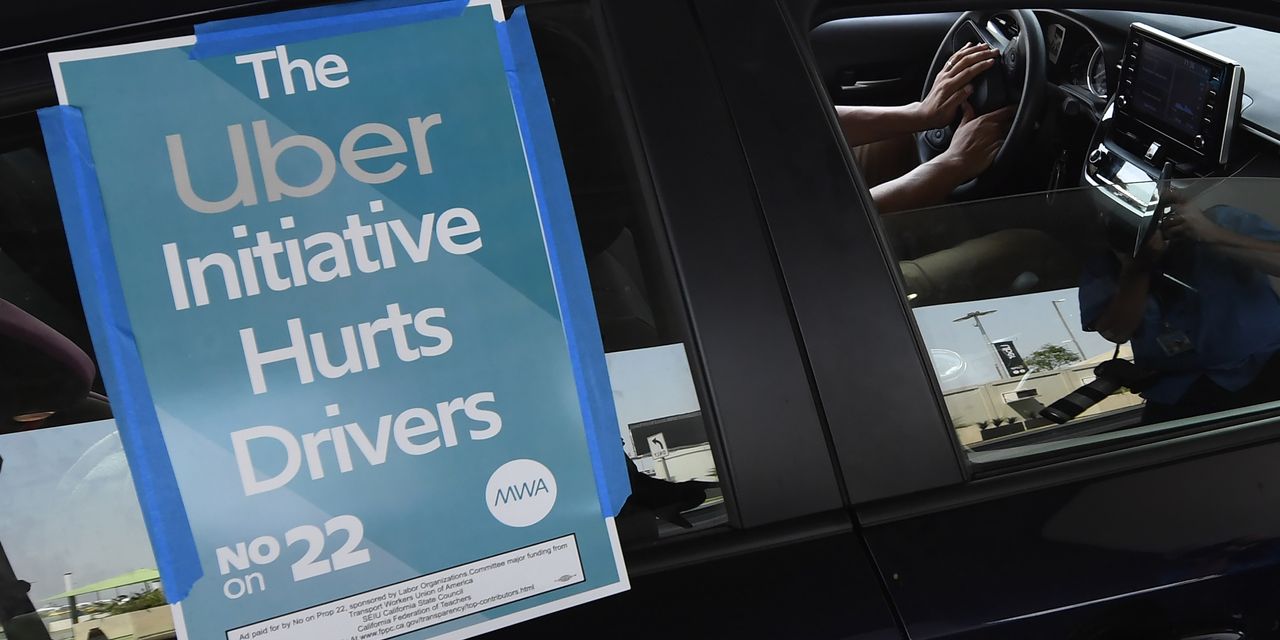 Ride-hailing drivers and the Service Employees International Union filed a lawsuit against California on Tuesday that asks the state Supreme Court to invalidate Proposition 22 on grounds that it is unconstitutional.

Proposition 22 sought to avoid classifying gig workers as employees, as required by California law. The measure was passed by 58% of the state’s voters in the November election after companies like Uber Technologies Inc. UBER, +7.24%, Lyft Inc. LYFT, +4.78% and DoorDash Inc. DASH, +14.96% spent more than $200 million on it.

See: Uber and Lyft win fight to keep drivers as contractors in California

The lawsuit challenges key provisions of the measure: gig workers’ inability to be included in the workers’ comp system and to collectively bargain, and its restriction on the state legislature to make meaningful changes because of the seven-eighths vote it requires for any amendment to it.

Scott Kronland, attorney for the plaintiffs, said during a news conference Tuesday that Prop. 22 “overreached.” He said the California constitution “gives to the Legislature the power to decide which workers are given access to workers’ comp and OSHA,” something the measure takes away.

The measure, which took effect in mid-December, “illegally limits the power of lawmakers and courts to protect gig workers,” Bob Schoonover, president of the SEIU state council and SEIU Local 721, said.

The plaintiffs, which include the SEIU California and the broader SEIU, plus individual drivers and a ride-hailing customer, say they filed their suit with the state Supreme Court because it is “an issue where a case presents issues of great public importance that must be resolved promptly.”

They cited the many pending lawsuits regarding gig-worker classification in seeking expedited consideration from the court and expect to hear back from the court within a couple of weeks, Kronland said. They asked that the court give respondents 30 days to file their responses.

“The decision to invoke the original jurisdiction of the Supreme Court is a bold move, but it is understandable given the importance of the legal issues and the likelihood that the issues can be resolved without factual development in a trial court,” said Catherine Fisk, a professor at UC Berkeley who teaches labor law.

The lawsuit also charges that Prop. 22 is too broad; ballot measures are supposed to focus on one issue.

“Proposition 22 violates the single-subject rule by burying these cryptic amendment provisions on subjects not substantively addressed in the measure, and in language that most voters would not understand,” the lawsuit says. “The measure grossly deceived the voters, who were not told they were voting to prevent the Legislature from granting the drivers collective bargaining rights, or to preclude the Legislature from providing incentives for companies to give app-based drivers more than the minimal wages and benefits provided by Proposition 22.”

Fisk said she found that compelling, saying, “None of the materials describing what the proposition would do informed voters that by voting yes on 22 they were voting to prevent drivers from unionizing and to prevent the legislature from allowing them to unionize. It is a huge change in the law and is buried at the end of the fine print.”

Ride-hailing giants Uber and Lyft, plus app-delivery platforms DoorDash and Instacart, rely on millions of workers they consider independent contractors. Classifying drivers and delivery workers would upend their business models, they have said as they have fought many lawsuits. Under Prop. 22, they promise to provide workers with guaranteed earnings that are supposed to be equal to 120% of minimum wage; give eligible workers health care subsidies depending on how many hours they work a week; and provide occupational accident and death insurance.

Opponents of the measure say those provisions fall short of full employee protections: The guaranteed earnings do not apply to time drivers and delivery workers spend waiting for a gig; only those with existing health insurance qualify for the health care subsidies; and the levels of accident and disability insurance promised are limited.

After the gig companies’ victory in California, they declared their intention to try to enact similar measures around the nation and world. The measure has also already affected the grocery industry in the state, where in some areas Albertsons Cos. ACI, +2.09% has announced it is discontinuing its own grocery-delivery services and ceding to third-party delivery platforms.

Hector Castellanos, a full-time Uber and Lyft driver from Antioch, Calif., and one of the plaintiffs, said drivers “need a safety net and protections. COVID-19 made that clear.” He also recounted at the news conference that he was hit by another driver years ago and took eight months to recuperate, during which he had no access to workers’ comp.

Uber and Lyft did not return requests for comment Tuesday.

DoorDash and Instacart referred to a statement sent by Protect App Based Jobs & Services, a coalition formerly known as Yes on 22, which noted that “nearly 10 million California voters” passed the measure and called the lawsuit “meritless.”

“Voters across the political spectrum spoke loud and clear,” the coalition said, attributing the statement to Jim Pyatt, a Modesto, Calif.-based Uber driver.

William Gould, professor emeritus at Stanford Law School and a former chair of the National Labor Relations Board, said “the complaint and brief pose merit, particularly as they highlight an unconstitutional intrusion on the right to organize and to obtain worker’s compensation.”

Buy This, Not That: 4 absolute best cat litters, according to vets

: Europe hopes next COVID stimulus will be the last