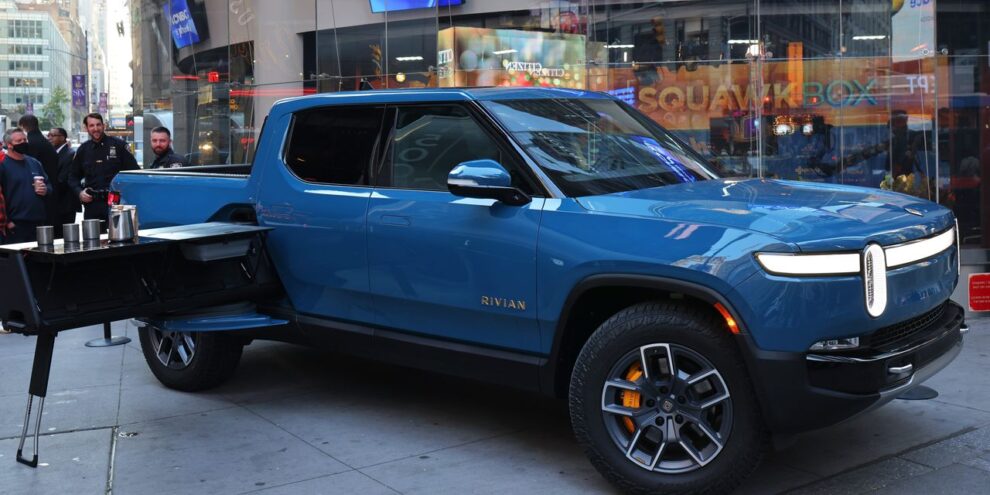 Car buyers in the market for an electric or hybrid vehicle are attuned to the last-minute wrangling for a spending bill that proposes expanding the EV tax credit to up to $12,500, including for more expensive cars, and offers a lower income cutoff for eligible buyers than previous benefits. Read More... 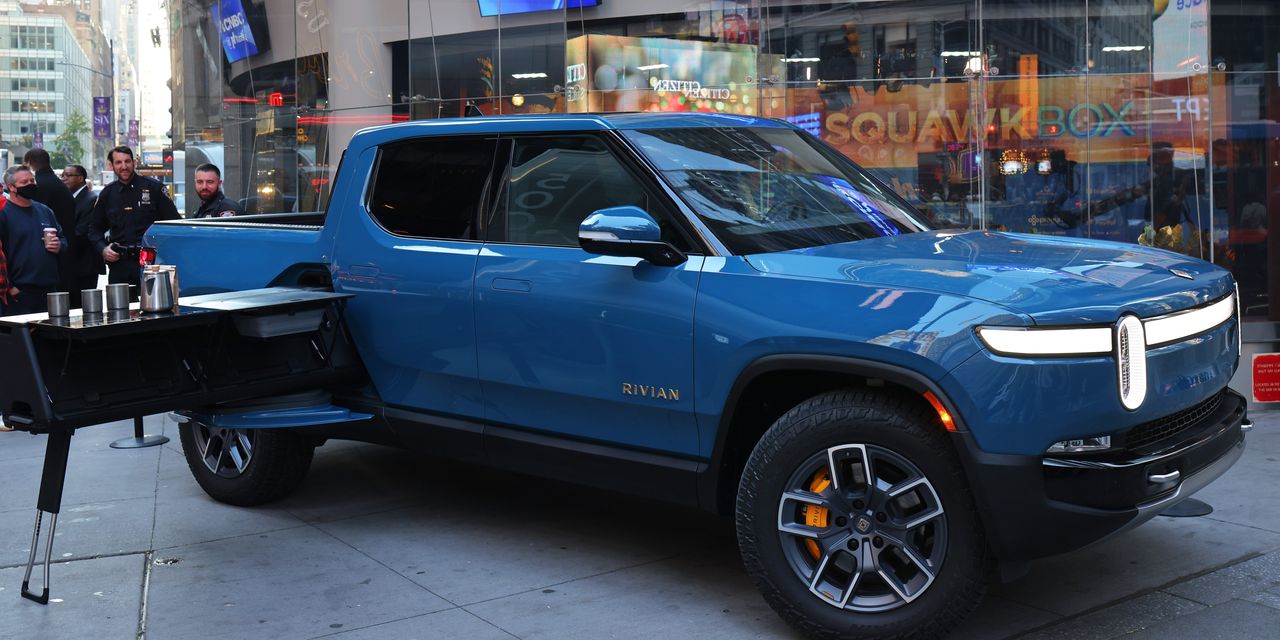 Car buyers in the market for an electric or hybrid vehicle have a special reason to follow the last-minute wrangling over the Build Back Better bill: it could expand electric-vehicle tax credits to up to $12,500 and make it easier for more people to qualify for those credits.

Already, a handful of EV-supportive programs were cleared in the recently passed $1 trillion Infrastructure Investment and Jobs Act. They aim to add more charging stations to a road system that needs many more hookups if the nation is to convert to a greater share of green vehicles and hit net-zero emissions by 2050. Both political parties have said greatly expanding the network and speeding up charge times will be key to more EV buying, and that will require private and public investment.

For individuals mulling their first EV or trading up in this growing market, it’s the still-pending budget reconciliation bill, which Democrats have called Build Back Better, that packs the most incentives.

House Speaker Nancy Pelosi, on hand this week at the U.N.’s COP26 climate summit in Glasgow, repeated her expectations for Build Back Better to go up for a vote during the week of Nov. 15. Here’s a section-by-section breakdown of the bill.

And EV fans will be mulling incentives against the backdrop of market news. Rivian Automotive, which has support from Amazon AMZN, -2.63% and Ford Motor F, -3.78%, just launched the largest stock IPO in 30 years.

How much savings is on the line for electric-vehicle owners?

The Build Back Better proposal calls for expanding tax credits per electric vehicle or gas/electric hybrid of up to $12,500, if certain conditions are met.

It has historically been such government-sponsored incentives that have swayed more would-be buyers, auto analysts have said, given that EVs have higher sticker prices than vehicles that run on an internal combustion engine.

“EVs tend to cost more than their gas equivalents because of expensive batteries up front, but they tend to make that up in lower fuel costs over time,” said Steven Nadel, executive director at the American Council for an Energy Efficient Economy.

The base amount of the newly proposed tax credit for qualified filers remains $4,000, as it is today, with another $3,500 available if the EV’s battery pack includes at least 40 kilowatt-hours of capacity. In the case of plug-in hybrids, the gas tank cannot exceed 2.5 gallons.

The bill also calls for resetting the clock for makers Tesla TSLA, +4.34% and GM’s Chevrolet GM, +1.11%, which had tapped out the incentives allowed under earlier legislation, Nadel said. Current law for the credits phases them out after a particular automaker sells over 200,000 qualifying vehicles.

Other observers said non-U.S. production for some or all of the parts that go into EVs will rule out some of the major makers extending the full credit to their customers, considering they can’t quickly return production to the U.S.

“‘Tax incentives should be fair and equal for all EVs.’”

As proposed, EVs qualify for another $4,500 in the tax credit if an automaker makes the vehicle in the U.S. with a union workforce. Another $500 comes into play for automakers using a U.S.-made battery, for a maximum of $12,500 available to qualifying filers.

Today, the only vehicles that would qualify for anywhere near the full proposed credit is GM’s Chevrolet Bolt EV and Bolt EUV, auto site Road Show said.

The Tesla 3, earlier this year, was voted most “American-made” by Cars.com, using a list of qualifications. Rivian RIVN, +29.14%  is based in Irvine, Calif., with its manufacturing plant in Normal, Ill. The Ford Mustang Mach-E, for instance, is assembled in Mexico.

Read: The 2021 most ‘American-made’ auto is a first-timer in the top spot

Critics said these restrictions on imports limit the EVs that consumers can buy and still enjoy the break. “It discriminates against American workers, undermines global climate change goals and threatens our relationships with our trading partners. Tax incentives should be fair and equal for all EVs,” said Jennifer Safavian, president and CEO of trade group Autos Drive America.

In other changes made in later iterations of the proposed bill, Democrats increased the price cap for qualifying EVs. The new language allows for vans, trucks and SUVs with a manufacturer’s suggested retail price of up to $80,000 to qualify for the $12,500 credit. Previously, the initial framework set a limit of $64,000 for vans, $69,000 for SUVs and $74,000 for pickup trucks.

Currently, the EV tax credit is a nonrefundable credit when you file your taxes, meaning it simply lowers your federal tax bill — you have to make a certain amount for it to really have an impact.

However, the latest version of the Build Back Better bill turns the EV tax credit into a refundable amount. With this change, it wouldn’t matter if an EV buyer owes the IRS or not — anyone who buys an EV will be potentially eligible for at least $4,000 in their pocket.

The change would move the tax credit much closer to a point-of-sale incentive, although not quite.

What about used and leased EVs?

Right now, and in the pending bill, there is no tax credit if you decide to lease a new electric vehicle. Instead, the tax credit actually goes back to the automaker or lender financing the leased vehicle.

Like leasing an EV, buying a used electric car also does not allow you to claim the traditional EV tax credit. But that could change. Language calls for a $2,000 credit for used EVs at least 2 years old that cost under $25,000. There’s an extra $2,000 available if the EV includes at least a 40 kilowatt-hour battery for a total of $4,000 available for qualifying previously owned EVs.

Ask about state help and other programs

Many states and even local governments are looking to speed up EV adoption rates and so offer their own incentives on top of any federal help. California is a leader in incentivizing EV purchases with a direct consumer rebate up to $4,500 through the Clean Vehicle Rebate Project. There is a waitlist.

Even your local utility company may subsidize an EV purchase, so it may be worth an inquiry.

This is where GM wants to install 40,000 new EV chargers

Buying a home? Why you should ask whether it’s wired for electric vehicles even if you don’t own one

: This holiday travel season will be a challenge — here’s how travelers can prepare themselves
GoTo Raises $1.3 Billion Ahead of IPO by Indonesia Super App
Comment

US Indexes Close Higher Friday and for the Week

The Tell: Working from home isn’t going away. Here’s how to invest in it with ETFs