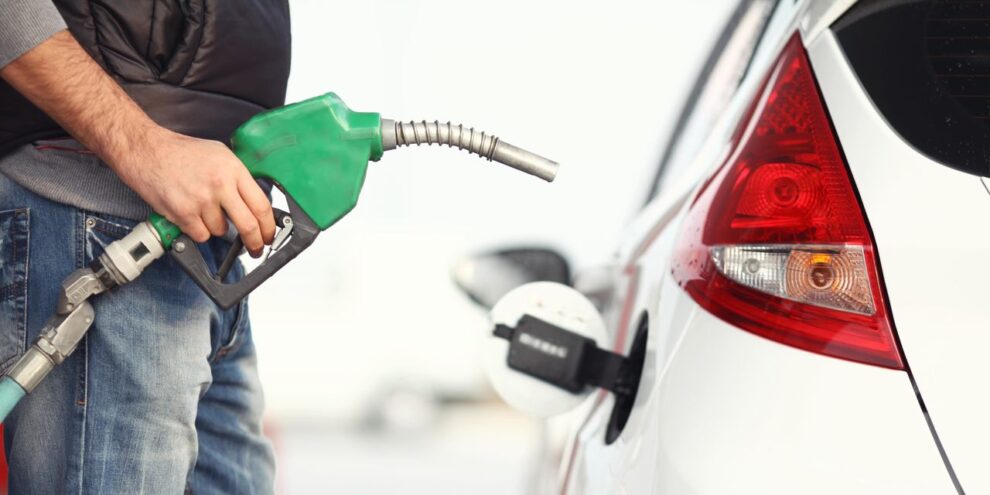 President Biden will temporarily allow gasoline with 15% ethanol to be sold between June 1 and Sept. 15. Normally only a 10% blend can be sold in the summer. Read More... 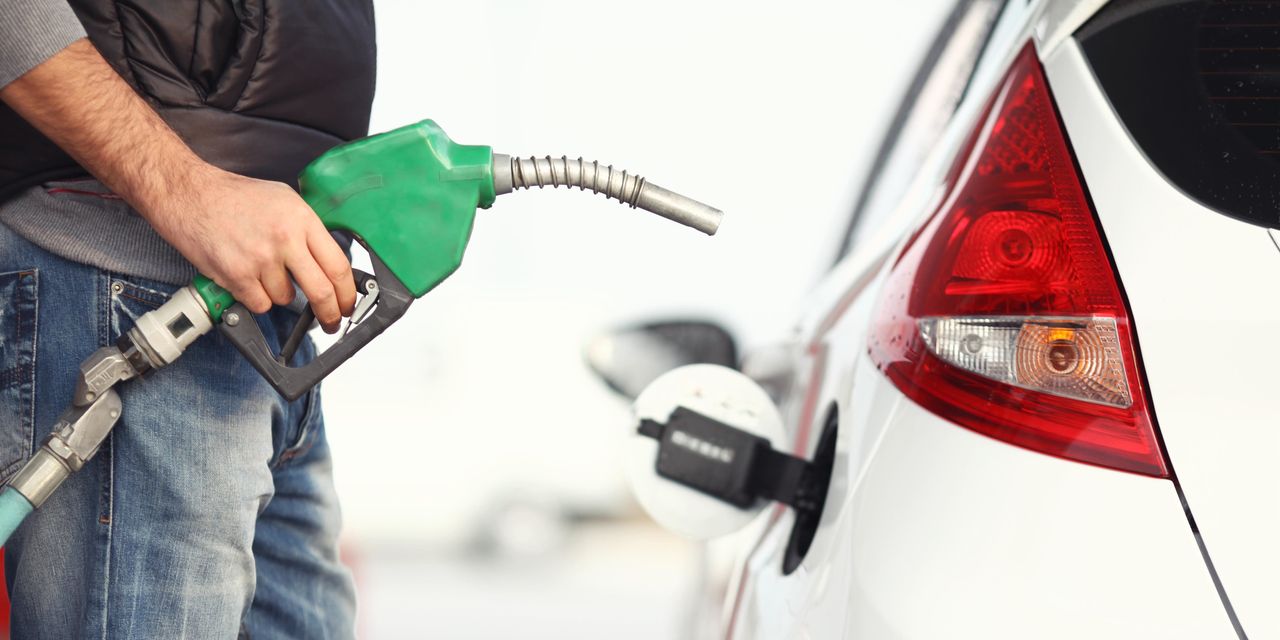 President Joe Biden will be in corn state Iowa Tuesday to announce he’ll suspend a federal rule preventing the sale of higher ethanol blend gasoline this summer as one way to possibly bring down prices at the pump.

Such action will send a mixed message, however. This move, while pushing biofuels, has implications for even greener efforts meant to wean the U.S. from gasoline. Biden has prided himself on layering climate change considerations into most policy and has pushed for legislation — which has since stalled in a narrowly divided Congress — to make it easier for Americans to drive electric vehicles TSLA, +1.88% and add solar ICLN, -0.10% to their homes.

All this comes as some question the likelihood of Biden’s pledge to halve total greenhouse gas emissions by the end of the decade, a promise in line with plans from other wealthy nations.

What did Biden announce?

The Biden administration plans to temporarily allow gasoline with 15% ethanol to be sold between June 1 and Sept. 15. Normally only a 10% ethanol blend can be sold during that time period. A 15% blend creates smog in warm months that violates the Clean Air Act.

“The President is committed to doing everything he can to address the pain Americans are feeling at the pump as a result of Putin’s Price Hike,” the White House said in a statement. “The administration’s strategy to spur the development of homegrown biofuels is critical to expanding Americans’ options for affordable fuel in the short term and to building real energy independence in the long term by reducing our reliance on fossil fuels.”

“ Senior administration officials predicted that adding in the higher-blend ethanol could save drivers 10 cents a gallon off current prices. ”

Ethanol, which is made from corn, falls under the broad umbrella of biofuels, a small category but one that could find increased investment as the globe works to replace traditional fossil fuels.

Under the 2005 federal Renewable Fuel Standard, ethanol is required to be blended into billions of gallons of gasoline RB00, +4.68% each year. Most gasoline sold in the U.S. is blended with 10% ethanol.

In 2019, President Trump allowed E15 to be sold year-round in what was seen at the time as a nod to farmers that had been hurt by his trade war with China. A court later overruled Trump on E15.

Biofuels are not 100% clean energy, but do emit less than traditional sources. But their expansion remains a major sticking point. A 2018 report from the Government Accountability Office noted “limited effect, if any, on greenhouse gas emissions.”

Corn states and their lobbies do still want to see more biofuels in the mix.

Can savings at the pump be expected?

Allowing fuels with a higher ethanol content will lessen reliance on oil CL00, +6.69% and its byproducts, such as gasoline, proponents say. Ethanol gas is cheaper. Plus, when drivers have more options, costs tend to fall. Senior administration officials predicted that adding in the higher-blend ethanol could save drivers 10 cents a gallon off current prices.

But, not everyone agrees. Higher ethanol blending can sometimes raise prices on refiners. Corn prices, like oil and other commodities, have also seen sharp increases this year because of Russia’s invasion of Ukraine.

Read: Why a plug-in hybrid might be your best choice

Compared with E10 gas, there is limited infrastructure to sell E15 gasoline because not all wholesalers and retail gas stations are willing to invest in a product that cannot be sold year-round.

Stations are not required to sell E15, but some have started offering E15 due to state and federal incentives for upgrading equipment and better profit margins when compared with regular gasoline, the Energy Department site says. E15 is available in 30 states at just over 2,300 stations. That’s only a fraction of total stations in the country.

Plus, while major oil firms XOM, +3.29% CVX, +3.30% are collecting strong profits during this jump in price, their expansion into greener alternatives has favored wind, solar and hydrogen. There is no promise they will embrace expanding biofuels.

Why are gas prices high anyway?

Gasoline has been one of the routine expenses that’s surging within a rebounding economy since the worst of the COVID-19 shutdown.

The rate of U.S. inflation topped 8% in March for the first time in four decades, a report out Tuesday showed. The consumer price index jumped 1.2% last month, driven by the higher cost of gasoline, food and housing, the government said. The related measure that strips out energy and food wasn’t as hot. Still, rising prices are outstripping the fastest wage gains in four decades and surveys show inflation is the public’s biggest worry.

The same report showed the cost of gasoline surged 18% in March and accounted for more than half of the increase in the cost of living last month. The average cost of a gallon of regular gas in the U.S. rose to as high as $4.32 in March from $3.61 in the prior month. In some parts of the country prices even topped $7 a gallon. Last year at this time,  prices were just $2.86 a gallon in some areas.

On top of the inflationary recovery, add in geopolitical ripples across the globe, primarily as major energy producer Russia attacked its neighbor Ukraine and much of the world gave up on oil and natural gas from the rogue nation. World energy markets felt the shortfall, and prices went up.

What about Biden’s climate legacy?

The president has shown his willingness to take steps that favor fossil fuels, at least in the short run, particularly as the Russian attack on Ukraine has driven up oil and gas prices when inflation is already an issue.

Biden announced last month an unprecedented plan to draw 1 million barrels of oil per day from the U.S. Strategic Petroleum Reserve through the summer and he has allowed the continuation of domestic drilling expansion.

Opinion: Biden needs a win, but drawing down the U.S. oil stock is a bad idea

Biden’s Republican challengers say now is the time to push for more U.S.-based oil, natural gas NG00, +3.30% and gasoline. Democrats, excluding some in energy-rich states such as Sen. Joe Manchin of West Virginia, say there’s never been a better time to push homegrown wind, solar and other options.

Environmental groups have been frustrated that what sound like stop-gap measures during a crisis will only slow a transition to cleaner energy and put the U.S. off its emissions targets.

“Only a tiny fraction of American gas stations currently have access to ethanol-heavy gas in the first place. But more importantly: Biden’s move to double-down on production from the pollution-plagued ethanol industry is driving us deeper into the hole of dirty fossil fuel mixtures,” said Mitch Jones, managing policy director for advocacy Food & Water Action.

“The only valid solution to escaping the grip of expensive, polluting energy is to transition immediately to clean, renewably-sourced electricity for our cars, homes and businesses,” he said.