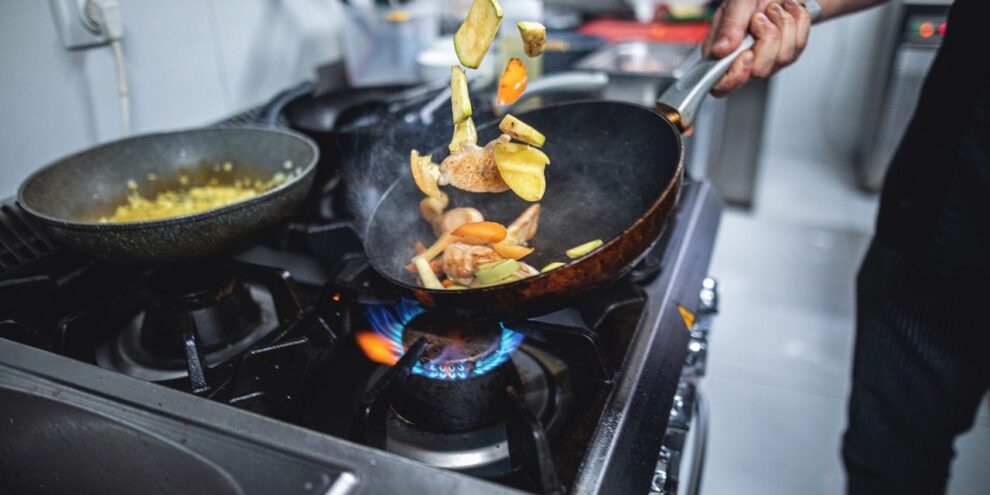 The U.S. as a whole could be edging nearer a ban on gas stoves if the interest of a federal consumer safety commission is any indication. Read More... 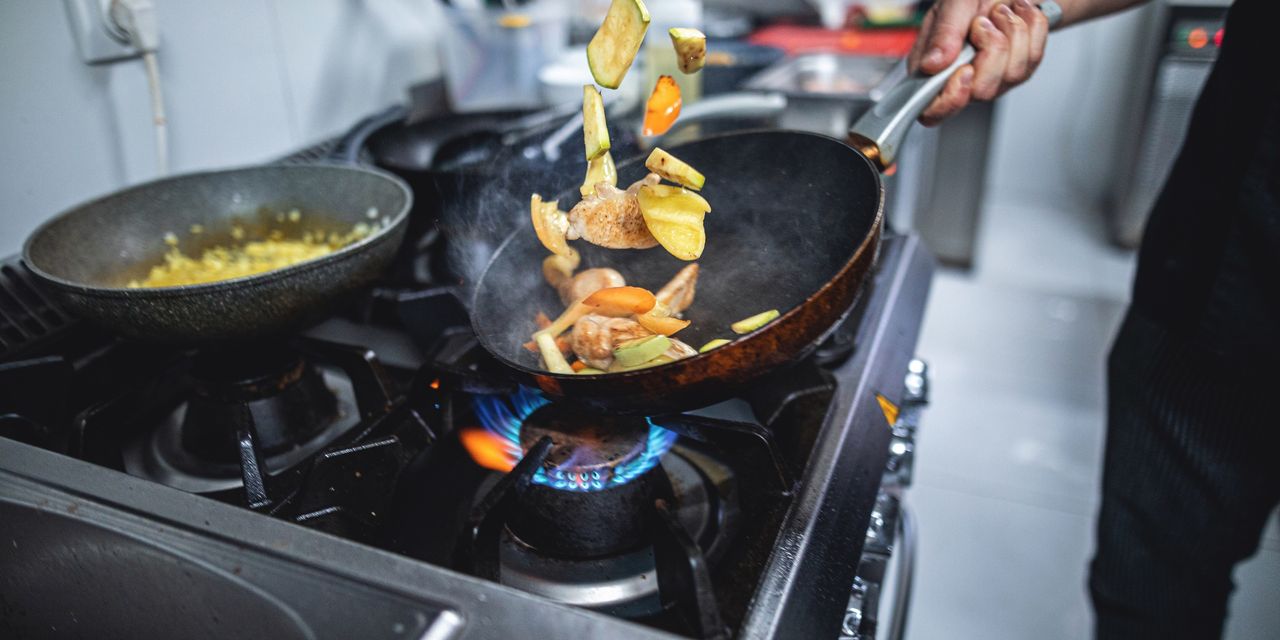 The U.S. as a whole could be edging nearer a ban on gas stoves if the interest of a federal consumer safety agency is any indication.

A member of the U.S. Consumer Product Safety Commission told Bloomberg News in a recent interview that the agency is reviewing gas stoves and range tops, opening a comment period for now. Attention on these appliances has increased in the wake of new studies targeting both respiratory and select cancer risks linked to their use, as well as their contribution to global warming from the greenhouse gases that natural gas NG00, -5.30% and the combustion of any fossil fuels puts into the atmosphere.

Gas appliances are “a hidden hazard,” Richard Trumka Jr., a CPSC commissioner, said in the interview. “Any option is on the table. Products that can’t be made safe can be banned.”

He said the agency could also consider other actions, including setting standards on emissions from the appliances, or none at all.

Country-wide action against gas stoves would follow the lead of big-population states including California and New York to limit the use of stove tops and ovens that use natural gas. For now, initiatives mostly target gas appliances in new construction, with older stoves grandfathered in.

The impact is significant: over one-third of U.S. households — more than 40 million homes — cook with gas.

Gas stoves, particularly those without great ventilation or if homeowners are slack in using their vents, emit air pollutants such as nitrogen dioxide, carbon monoxide and fine particulate matter at levels the EPA and World Health Organization have said are unsafe and linked to respiratory illness, including asthma, cardiovascular problems, cancer, and other health conditions. That’s according to reports by groups such as the Institute for Policy Integrity and the American Chemical Society.

And just last month, peer-reviewed research published in the International Journal of Environmental Research and Public Health found that more than 12% of current childhood asthma cases in the U.S. can be attributed to gas stove use.

That report had the backing of RMI (formerly the Rocky Mountain Institute) and Rewiring America, two groups that are pushing for the conversion of gas to electric.

The American Gas Association, the trade group representing gas utilities, has said that what it believes is a more robust study has not found the childhood asthma link to gas stoves.

“According to the [2013] study Cooking Fuels and Prevalence of Asthma:  A Global Analysis of Phase Three of the International Study of Asthma and Allergies in Childhood (ISAAC), which analyzed 512,707 primary and secondary school children from 108 centers in 47 countries, there is ‘no evidence of an association between the use of gas as a cooking fuel and either asthma symptoms or asthma diagnosis,’” said Richard Meyer, AGA’s vice president of energy markets, analysis and standards.

“It is not clear why this study was excluded from the recent RMI/Rewiring America paper,” he added.

Yet another study suggested that natural gas for cooking contains low concentrations of several pollutants and chemicals linked to select cancers. That study, by the Harvard T.H. Chan School of Public Health and published last year in the journal Environmental Science & Technology, linked both the delivery and use of natural gas to possible consequences for public health and climate change.

Some opinion studies have shown a reluctance among Americans — even those who favor a stronger government response to global warming broadly — to give up their popular gas stoves.

One study, of just 1,000 people by a center-right energy policy group, said more than half of Americans polled oppose banning natural gas for cooking or heating uses in the construction of new family homes. And when voters polled were told that a natural gas ban “could result in energy shortages and rising prices,” their opposition to the ban jumped to 71%.

Don’t miss: The bitter breakup with gas stoves is getting closer — here’s another reason why

CPSC’s Trumka, who has a background on Capitol Hill guiding legislation on toxic heavy metals in baby food and the health hazards of e-cigarettes, called the assumption that home and professional cooks have more temperature control with gas stoves than their modern electric counterparts “a carefully manicured myth.”

And Consumer Reports, for one, has dedicated new reviews to the potential health and safety advantages, as well as cooking performance and relative costs of electric ranges and stoves over gas options.

Consumer Reports’ Paul Hope has said that switching from a gas stove to an electric range for his own renovation was an easy one.

“I’ve always preferred cooking on a gas range, but I knew electric and induction ranges had gotten a lot better over the years and that they’re way better for the environment,” Hope said.

With funding from Congress, the Inflation Reduction Act means homeowners can take advantage of up to $14,000 in rebates and tax credits for making energy-efficiency upgrades, in some cases switching out gas for electric. How much you’ll be able to get will depend on how much you earn, where you live and what improvements you make.

Attention on building practices that favor electric appliances and heat pumps has also grown after a Joe Biden-led U.S. and its developing world counterparts have vowed a 50% cut in emissions across the economy by 2030, on the way to net-zero emissions by 2050.

Natural gas has been a strong replacement for higher-polluting coal in powering the U.S. electric grid, on top of its direct use in homes and businesses. The gas industry has also worked to limit leaks along the pipeline and at other points in the gas infrastructure, and it argues that the relative low cost and availability of gas appliances means they aren’t the best area to target when it comes to cutting emissions.

For certain, it’s an area of research not likely to go away soon.

An earlier study, from Stanford University, suggested the emissions from gas stoves in U.S. homes have the same climate-warming impact as that of half a million gasoline-powered cars. That includes the shorter-lasting but more-potent methane, in addition to carbon dioxide. Fossil-fuel combustion for energy accounts for about 74% of total Earth-warming U.S. greenhouse-gas emissions, the Energy Information Agency says.

Local and regional action is moving faster than any federal response.

New York City, for one, created a law that prohibits the combustion of fossil fuels, namely gas, for cooking and heating in select new buildings. The ban will apply to new structures under seven stories tall starting in 2024, and to larger buildings in 2027. The state is considering its own bill.

And Berkeley, Calif., became the first city in the U.S. to ban gas hookups in new construction in 2019. And now at least 42 cities in California, including San Francisco and San Jose, have acted to limit gas in new buildings. Salt Lake City and Denver have also made plans to move toward electrification.

And in the most aggressive example yet, Ithaca, the upstate New York city of about 30,000, known for Cornell University and the natural beauty of its gorges, says it will be the first in the country to try to decarbonize every last one of its buildings by switching to electric power and banning natural gas heating and appliances.