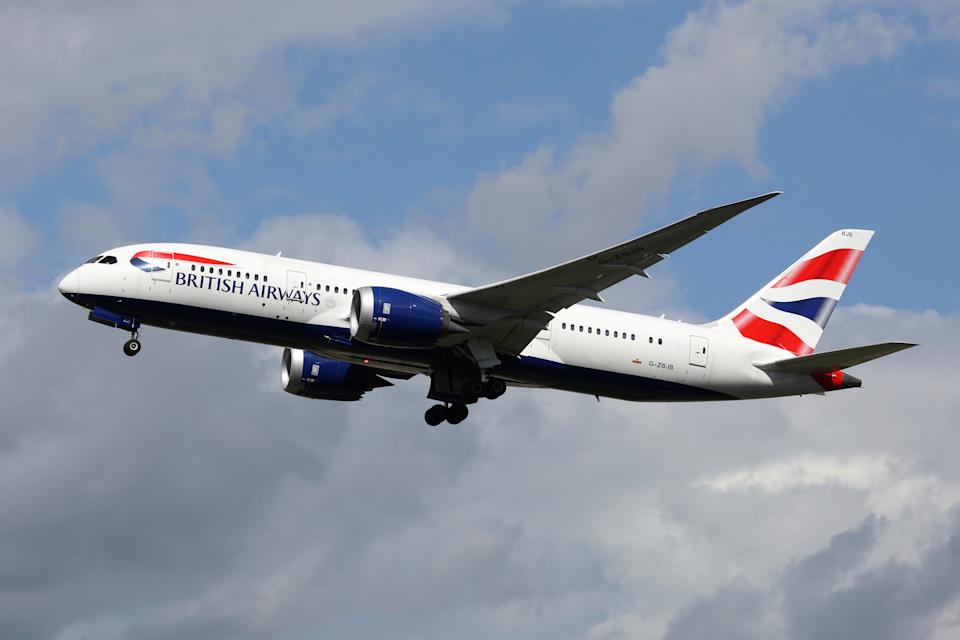 Here are how the most popular UK-listed stocks fared in 2021. Read More...
List: The Top 50 Dividend Stocks

Investing during the pandemic has been an experience for many, with portfolios swinging back and forth as the markets react to changes in the global economy.

This year has seen traders deal with a meme stock frenzy, supply chain disruptions, rising inflation, a record energy crisis, and volatile cryptocurrencies, among others.

However, there have been some standout performers, as well as those that were not. Here are how the most popular UK-listed stocks fared in 2021:

Shares in Lloyds Banking Group (LLOY.L) have increased by a third this year, steadily rising over the period after the banking sector was affected by low interest rates and rising loan defaults. However, they are still trading around 25% lower than their pre-pandemic price.

During the last year the lender, which also owns Halifax, saw its earnings per share (EPS) increase strongly, with shareholders receiving a total return of 27%, not including its dividend.

In its most recent trading update it upgraded its outlook after posting better than expected quarterly profit thanks to a booming mortgage market.

Lloyds saw a 96% surge in pre-tax profits to £2bn ($2.2bn) for the three months to the end of September, which was double the amount in the same period the year before. Analysts had forecast for £1.3bn.

It benefited from a rise in demand for larger properties during the health crisis, with homeowners also looking to take advantage of the stamp duty holiday, which ended in September.

The performance was also boosted by the release of £63.5m it had set aside for bad loans last year in the height of the coronavirus pandemic.

The bank’s core capital ratio, a measure of a bank’s financial strength, increased to 17.2%, well above its target of 12.5%.

Royal Dutch Shell (RDSA.L) (RDSB.L) has been in the headlines recently after it announced plans to scrap its dual listing structure and move its headquarters from the Netherlands to the UK.

The Anglo-Dutch energy firm will simplify its structure to a single class of shares to boost shareholders payouts, creating a larger single pool of ordinary shares that can be bought back by the company.

It comes as a bid to “strengthen its competitiveness” as it sets targets to gradually shift from oil and gas to greener energy.

The company posted adjusted earnings of $4.1bn for the three months to the end of September, which compared with $955m over the same period a year earlier, and $5.5bn for the second quarter of 2021.

Dividends declared to Shell shareholders for its latest quarter amounted to 24 cents per share, unchanged from the previous quarter, while net debt came in at $57.5bn.

Over the last year, the stock has risen 25%, helped more recently by a boost in the oil market. Earlier this month, JP Morgan said it expects oil prices to hit $125 per barrel in 2022, and $150 in 2023 due to capacity-led shortfalls in OPEC+ production.

Similarly to Shell, BP’s (BP.L) second half of the year outperformed the first half as a rally in oil prices boosted the stock.

It has gained around a third of its value year-to-date, but it is still nearly a third lower than its market cap in January 2020.

After halving its dividends during 2020 and restarting growth earlier in 2021, cash flow performance has continued to strengthen during the year. The FTSE 100 oil giant said it would use its stronger cash flows to buy back an additional $1.25bn of shares.

The gas supply crisis also helped drive BP’s profits to £2.4bn for the third quarter, ahead of analysts’ forecasts of $3.1bn.

The company is also looking to shift away from fossil fuels and plough billions of dollars into renewable energy. It plans to set up a large-scale green hydrogen production plant in northeast England, generated with wind, water and solar energy to aid Britain’s move away from fossil fuels.

A string of banking shares shot up on 16 December after the Bank of England decided to hike interest rates from 0.1% to 0.25% to combat rising inflation, giving the sector a positive end to the year.

During 2021, Barclays (BARC.L) has been a steady climber, up as much as 25% since the beginning of January.

Thanks to strong mortgage lending in the UK and a boom in investment banking, the lender almost doubled its third-quarter profit to £2bn.

Barclays said a consumer recovery had contributed to the stronger performance, as well as higher investment banking fees.

It also released bad debt provisions of more than £600m so far this year as the economy recovers from the pandemic.

More recently the bank struck a deal with Amazon (AMZN) to bring the “buy now, pay later” market to Britain. The payment method will allow customers of the online shopping retailer to spread the cost of certain purchases over several instalments between three and 48 months.

Despite supermarkets remaining open throughout the pandemic, Tesco (TSCO.L) stock has lost 5% on the year.

The shares suffered a sharp drop in February due to £5bn of proceeds from its Malaysia and Thailand business sale being paid out via a special dividend.

However, Britain’s biggest supermarket group has since recovered and gained almost 30% in the last six months, despite supply chain issues affecting the company, and staff shortages.

According to retail research group Kantar this month, Tesco had 27.7% of the UK grocery market at the end of November, compared to the 27% it had 12 months ago, its biggest gain since 2007.

It added recently that the group had introduced a refrigerated rail freight service to help it deliver for Christmas and cut its carbon emissions.

BT (BT-A.L) has had a slightly rocky year, gaining as much as 50% from January to June, and then sliding around 35% from June to November, before picking back up again.

From the end of October to December it has gained around 25% amid speculation about a possible takeover, and after UK rules preventing its largest shareholder from making its next move expired.

In June, Altice, the telecoms group controlled by the billionaire Patrick Drahi, made an unexpected £2.2bn share swoop to take a 12.1% stake in BT. Afterwards, Drahi was subject to a six-month no-bid clause.

In December he increased his stake in BT to 18%, prompting the government to warn it could step in to block a full potential takeover.

Shares also received a boost after it reinstated its dividend and updated its cost-savings target in its most recent trading update.

The telecommunications company said it would achieve an additional £2bn of cost savings by the end of the financial year in 2024, a year ahead of schedule, while announcing that it will pay a 2.31p per share dividend after suspending payments last year.

Its cost-cutting plan, launched in 2018, has already hit an initial £1bn of savings 18 months before expected, BT added.

Insurance company Aviva (AV.L) recently announced it was on track to meet or exceed its cash remittance and cost saving targets.

It also said it was set to hand back at least £4bn to shareholders, with around £450m of its £750m share buyback completed.

In a trading update it revealed that third quarter sales for life insurance in the UK and Ireland rose 9% to £25.3bn during the period.

Watch: Should I pay off debt or save money during the coronavirus pandemic?

Net flows into Aviva’s savings and retirement business climbed 21%, to record levels in the first nine months, while general insurance premiums were up 5%.

The positive mood has been reflected in its share price, which has climbed almost 25% since the start of January 2021.

The airline sector has been dealt one of the toughest blows since the start of the health crisis, with reduced footfall, and flights cancelled all across the world amid COVID restrictions.

British Airways-owner IAG (IAG.L) has slumped about 12% year-to-date as the battle against coronavirus, and its variants, continues.

The company, which also owns Iberia, Aer Lingus, and Vueling, posted heavy losses over its summer period thanks to varying travel restrictions across the globe, although numbers are beginning to improve, it said.

Due to a “significant” industry-wide recovery as the global economy bounces back from the pandemic, it is set to increase capacity numbers to 60% in the last quarter of the year.

It is hoping for a stronger final three months as transatlantic flights have resumed. The group is also hoping to return to profitability in 2022 if it reaches pre-COVID levels in the peak summer season.

Just this month, the company also scrapped its plan to buy the Spanish airline Air Europa, a deal that was being investigated by competition authorities in the UK and the EU.

Centrica (CNA.L) has gained more than 40% year-to-date as the British Gas owner started to win back investor confidence this year.

A total of 28 UK energy suppliers have collapsed into administration so far this year, displacing more than 4.3 million customers across the country, thanks to a rise in gas prices.

Due to this, British Gas, UK’s largest household energy supplier, has picked up more than 400,000 new customers from failed firms.

This month it also said that Spirit Energy, of which Centrica owns a 69% stake, was selling most of its Norwegian assets for £800m to Sval Energi, a privately-owned company based in Stavanger and Equinor, the Norwegian state-owned oil and gas company.

Centrica itself is set to receive around £560m from the sale.

Rolls-Royce (RR.L) has gained just over a tenth of its value this year, as the jet engineer battled against COVID-19 ripping through the aviation sector. The stock is still more than 50% lower than its level in January 2020.

In September it said it would sell its 23.1% shareholding in re-fuelling business Airtanker Holdings to Equitix Investment for £189m, with proceeds to be used to reduce net debt.

Its most recent update revealed that large engine flying hours have improved to around 50% of 2019 levels, below management’s 55% target for the end of 2021, while free cash flow returned in the third quarter, led the group to improve its full-year guidance.

The Derby-based firm, which employs thousands of people in the city, made £393m in profit for the first half of the year, but said it does not expect the aviation industry to return to normal until after 2022.

Watch: What are SPACs?