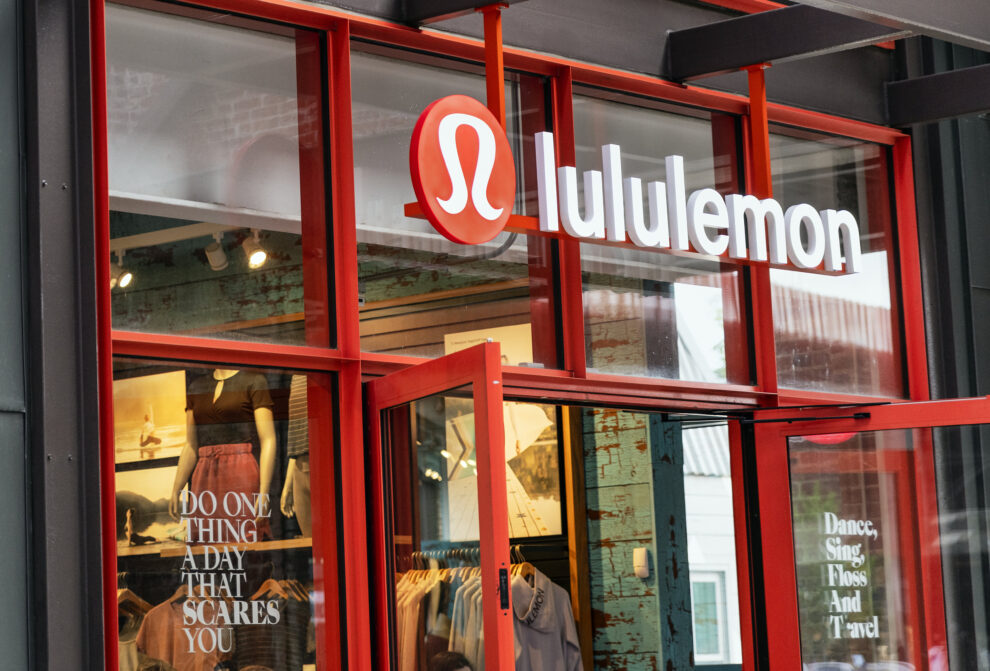 Lululemon reported sales of $1.1 billion, up 22% from a year ago, beating analysts' estimates as shoppers frequented its website to buy workout apparel. Read more...

Lululemon on Thursday reported sales of $1.1 billion, up 22% from a year ago and beating analysts’ estimates, as shoppers frequented the retailer’s stores and website to buy workout apparel during the period.

In North America, net revenue grew 19%, boosted by its e-commerce business. Overall direct to consumer revenue increased 94%, the company said, representing 42.8% of total revenue compared with 26.9% a year ago. This represents the sales that Lululemon makes straight to consumers, using its stores and website, without any middlemen.

Due to the uncertainty around the Covid-19 pandemic, which has forced it to shut a handful of its stores temporarily again, Lululemon is not offering a full outlook for 2020. Like others in retail, Lululemon faces the threat of additional store closures, with coronavirus cases still surging in the U.S. and in other parts of the world.

However, CFO Meghan Frank noted the company has planned for the holiday quarter “based on multiple performance scenarios,” and believes it to be “well positioned” for the holiday season. During the week of Thanksgiving and Black Friday, the company said its online business drove record sales, offsetting declines in store traffic.

Lululemon shares pared initial gains, falling around 1% in after-hours trading just before 5 p.m. As of Thursday’s market close, Lululemon shares had run up more than 59% year to date, bringing the company’s market cap to $48.1 billion.

Here’s how the retailer did during its fiscal third quarter, compared with what analysts were expecting, based on Refinitiv data:

Same-store sales, which track sales made online and at stores open for at least 12 months, were up 19%.

The company said its women’s revenue grew 22% year over year, while men’s was up 14%.

While the apparel category as a whole has struggled this year, Lululemon is one retailer that has reaped the benefits of more consumers focusing on at-home workouts during the pandemic, and opting for comfortable athleisure wear over dresses and suits.

“While a V-shaped recovery may not be materializing for most of apparel retail, Lululemon has bounced back from the weak start to its year with a stunning set of third-quarter numbers,” GlobalData Retail Managing Director Neil Saunders said.

“Our data also show that Lululemon has picked up plenty of new shoppers, especially in womenswear,” he added.

Earlier this year, Lululemon also acquired the at-home exercise equipment maker Mirror for $500 million, in a bid to compete with the likes of cycle maker Peloton. During the quarter, Lululemon said it started selling the start-ups $1,500 mirror-like devices in 18 stores and on its website.

You can find the full earnings press release here.

Why PSBJ is heading to a small town in Alabama