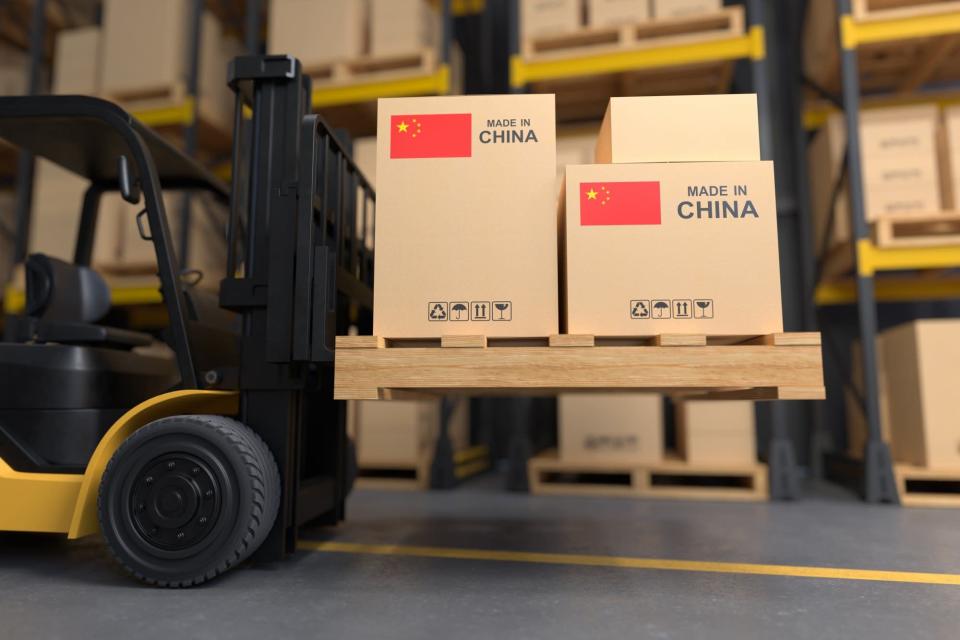 The "Made in China, sold on Amazon" community in Shenzhen is bidding farewell to the freewheeling growth of recent years as it focuses on compliance and brand building amid an ever-complex market with tighter regulations, geopolitical uncertainties, and logistics disruptions from pandemic lockdowns. For Zou Xing, sales manager at food thermometer maker Shenzhen Goldgood Instrument, business has thrived in recent years through his clients' online stores on Amazon, but growth started to slow this Read More...

The “Made in China, sold on Amazon” community in Shenzhen is bidding farewell to the freewheeling growth of recent years as it focuses on compliance and brand building amid an ever-complex market with tighter regulations, geopolitical uncertainties, and logistics disruptions from pandemic lockdowns.

For Zou Xing, sales manager at food thermometer maker Shenzhen Goldgood Instrument, business has thrived in recent years through his clients’ online stores on Amazon, but growth started to slow this year and has even declined in some regions.

The company’s biggest markets, the US and Europe, have seen annual growth of 30 per cent over the past few years, according to Zou.

“The US market is largely stable, but our European business has been slashed by half so far this year,” Zou told the South China Morning Post from his booth at the Shenzhen International Cross-Border E-commerce Trade Expo last weekend. “I think the weakening economy and the politics, such as the Ukraine war, are the main reasons behind the weak sales.”

Despite Shenzhen’s strict pandemic control measures, the three-day expo was packed with tens of thousands of attendees and over 800 exhibitors looking for new clients and opportunities.

Major e-commerce platforms including Walmart and AliExpress dispatched staff to the event to woo new sellers, while eBay hosted on-site lectures to teach sellers about the popular product categories available on its platform. Meanwhile, flocks of logistics company representatives handed out leaflets and business cards to visitors in the aisles, asking if they needed shipping services to the US and Canada.

“The days of explosive growth for the cross-border e-commerce industry are gone,” said Wang Xin, executive chairwoman of the Shenzhen Cross-Border E-Commerce Association. “We have moved to the slow lane, and we need to cultivate our own brands in order to retain our clients and consumers, instead of just loading up goods on a website.”

The merchant community in China suffered a major blow last year after Amazon began to crack down on fake reviews. Amazon shut 3,000 online merchant accounts backed by about 600 Chinese brands, according to the US e-commerce giant. After the crackdown, Chinese sellers saw their market share among Amazon’s top sellers drop from 40 per cent at the beginning of 2021 to 33 per cent by the end of the year, according to data issued by Marketplace Pulse.

The majority of the affected merchants have yet to regain control of their accounts and capital, as communication and legal action between the merchants and Amazon are ongoing, according to Wang.

The Amazon crackdown is just one of a string of challenges faced by the Chinese cross-border e-commerce community. For example, ocean freight costs have soared. The price of shipping from Asia to the US west coast in the later part of 2021 rose to US$26,000 per 40-foot container – almost 330 per cent higher than a year earlier.

Geopolitical conflicts have added to the pressure, with Russia’s war in Ukraine leading to volatile foreign exchange rates and disruptions in logistics in markets served by Chinese sellers.

Mini Covid-19 outbreaks and stringent anti-pandemic measures across China have also caused disruptions to cross-border trade, with logistics and warehouse operations largely at a standstill during Shenzhen’s week-long lockdown in March.

In March, Shenzhen-based Tomtop Technology had 78 million yuan in funds deducted or frozen by PayPal as part of a crackdown on alleged fraud. The money was from more than 30 of its payment accounts linked to self-run online stores, including six accounts involved in trademark infringement lawsuits, according to a filing by its parent company Yiwu Huading Nylon Co. Separately, 54 Amazon stores operated by Tomtop were closed last year as part of the e-commerce platform’s crackdown.

Wang at the industry association said more than 100 Chinese merchants were affected by the PayPal crackdown, with tens of billions of yuan affected.

A PayPal spokesman said the company adopts a “firm stance against restricted activities such as fraud”, but declined to comment on individual cases due to its privacy policy.

“We believe strongly that the illicit activity of a small minority of merchants should not undermine the legitimate business and solid reputation that thousands of Chinese businesses have built up amongst PayPal’s global network of buyers,” the spokesman said in an emailed statement on Tuesday.

The PayPal crackdown was a warning shot for the growing number of sellers who looked to shift their focus away from Amazon to avoid its tighter platform rules. However, as they build their own stores, also known as independent sites, they will increasingly face scrutiny as the business grows.

“Regulations in overseas markets will only get tighter,” said Wang Yongchao, president of compliance service provider Chenhai Group, adding that incidents like the Amazon crackdown have helped educate Chinese companies about the importance of complying with rules in the international market.

“While [government regulation] is largely focused on business-to-consumer cross-border platforms, it will expand to trade in general, and eventually to all Chinese companies venturing abroad in industries such as games,” Chenhai’s Wang said.