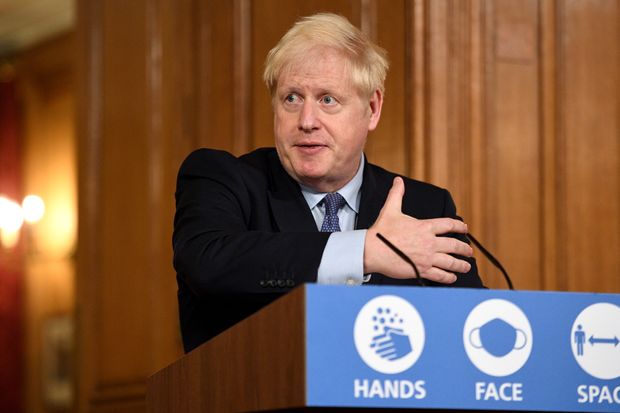 “I do regret this,” said Johnson during a televised press conference. Johnson added that the government had made “a generous and extensive offer to support businesses” in the region, saying that it was “proportionate to that which was received by Lancashire and Merseyside.”

“Given the public health situation, I must proceed with moving Manchester to the ‘very high’ level,” Johnson said. “Despite the failure to reach an agreement, I hope the mayor and council leaders will now work with us to implement these measures.”

The prime minister’s announcement followed the collapse of talks between the government and Greater Manchester authorities on the COVID-19 restrictions and financial support to businesses. The government had originally set a deadline of noon on Oct. 20 to find an agreement with the Mayor of Greater Manchester, Andy Burnham.

Burnham said the region of nearly 3 million people needed a minimum of £65 million ($84 million) to support the lowest-paid workers through the tougher restrictions, but that the central government was only willing to offer £60 million. After that was rejected by the region’s local leaders, Johnson said the region would move into tougher measures, and receive at least £22 million as part of a “comprehensive package of support.”

In the U.K.’s three-tier system, the “very high” level stipulates that pubs and bars require customers to purchase a “substantial” meal with any purchase of alcohol, or must close by law. The “very high” alert level can also have additional — and sometimes stricter — measures, depending on the context.

In Greater Manchester, the new restrictions will commence after midnight on Friday, Johnson said. “The most important thing now is that people comply,” he added.

London is currently in the “high” COVID-19 category — to learn more, see the full story on Financial News.

In One Chart: The era of ‘price-insensitive buying’ has led to this troubling chart

Here is How You Can Buy Alphabet Stock for Under $2