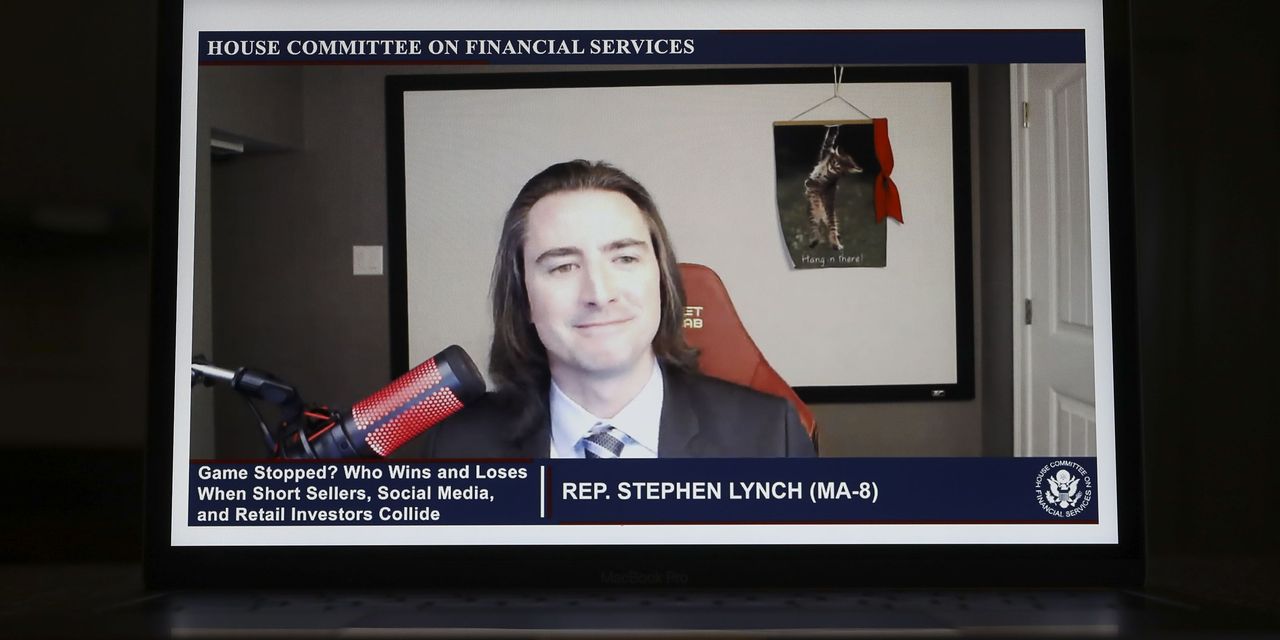 Things kicked off on bullish a note early Tuesday after AMC Entertainment AMC, +22.66% said it sold 8.5 million shares of common stock for $230.5 million to Mudrick Capital Management LP, sending shares soaring, despite the apparent dilution, as the move was interpreted as the theater chain CEO’s direct appeal to investors on sites like Reddit and Discord, who have helped to boost shares to a 1,221% return so far in 2021.

But that move was almost immediately followed by a Bloomberg News report that Mudrick had already unloaded its AMC shares at a handsome profit.

According to Bloomberg, citing a source familiar with the matter, Mudrick exited its entire stake in AMC after deeming the stock “overvalued,” presumably making a healthy profit after picking up shares at $27.12 a share and watching the theater chain, which was hurt by nearly a year of theater closures, reach $31.85 at Tuesday’s opening bell, marking its highest open in more than four years.

Representatives for Mudrick and AMC didn’t immediately respond to requests for comment, but even with Mudrick’s reported share sale, AMC stock closed up nearly 23%.

Mudrick reportedly made $200 million by betting on meme stocks like AMC and GameStop GME, +12.17% during January’s frantic short squeeze and was seen as a rare ally among retail traders who are vocal in their support of AMC on social-media sites like Reddit. Some even went as far as to bestow “Ape” status on the fund’s founder Jason Mudrick, a high honor on market-focused social-media boards.

But some fans of the fund quickly soured on word of a quick sale.

“IT SEEMS LIKE MUDRICK SOLD, THEY WERE DEFF A SHILL,” posted a Redditor using the handle, numan_42_, sharing what appeared to be evidence of the sale.

Fellow users responded with similar sentiment, urging each members of the AMC community to retain their investments, or keep so-called “Diamond hands” on shares of the movie chain. Some observers were split on whether AMC CEO Adam Aron was wise to trust a hedge-fund investor, in the first place.

But AMC wasn’t the only meme stock benefiting from froth percolating on social media.

GameStop also popped more than 12%, thanks in part to the return of stock influencer extraordinaire Keith Gill, aka RoaringKitty, aka DeepF-ckingValue.

After not tweeting since April 16, Gill fired off a series of GIFs via Twitter at 10 a.m., 1 p.m., and 3 p.m., Tuesday, depicting, of course, cats, action hero John Wick, and the character Rorschach, portrayed by Jackie Earle Haley, from the 2009 film adaptation of Alan Moore’s graphic novel “Watchmen,” reminding his fellow prisoners that “none of you seem to understand. I’m not locked in here with you. You’re locked in here with ME!”

All three tweets sent social media’s self-professed GME army into paroxysms of glee, perhaps helping to send shares up more than 12% on Tuesday.

: Are property prices in your neighborhood still rising? Blame it on the ‘donut effect’
JBS Moves to Reopen ‘Vast Majority’ of Plants After Cyberattack
Comment

Coca-Cola brought back New Coke for ‘Stranger Things’ Season 3, so we did a taste test

Goldman and Facebook Confirm Geneva as Hot Ticket for Summer