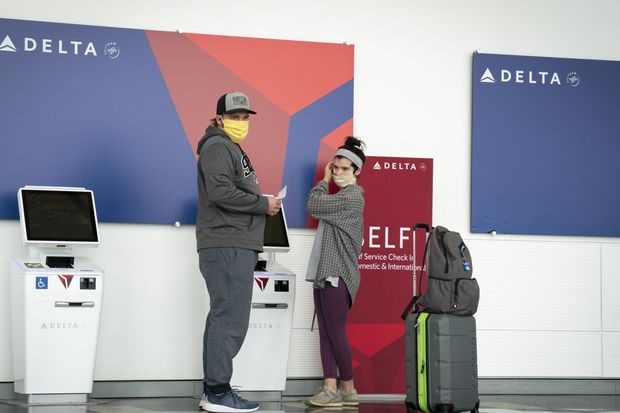 In efforts to source cash, airlines are looking to an unusual piece of collateral to obtain new funds - frequent flyer programs. Read More...

Airlines are looking to an unusual piece of collateral to obtain new funds – frequent flyer programs.

Airlines have pledged all sorts of assets such as airport gates and routes before, but this is the first time they have used their profitable mileage programs as collateral for bondholders.

“It doesn’t have much of a track record,” said Gary Pzegeo, head of fixed income at CIBC Private Wealth Management, in an interview.

Airlines are borrowing as much money as they can to see them through the slump in demand for travel during COVID-19 pandemic.

Delta Airlines DAL announced Monday it would borrow $6.5 billion of funds, backed by its Skymiles loyalty platform. And in June, United Airlines UAL, +3.95% contemplated the idea of using their frequent flyer programs to secure government loans.

So how do frequent flyer programs churn out so much cash?

In essence, miles are sold to credit card companies who offer them as part of their reward programs to their customers. The revenues earned from selling the miles are much higher than the cost of any flight travel redeemed by passengers,

“The customer doesn’t realize the margins are quite high,” said Cliff Andrus, fixed income portfolio manager at Voya Investment Management, in an interview.

In a June filing, United Airlines valued their MileagePlus loyalty program at $21.9 billion which is around double the total market capitalization of the company itself.

Even with reduced demand for air travel, the mileage programs still hold their value. On one hand, the number of customers redeeming their miles have shrunk as air travel has collapsed this year, but on the other hand consumer spending via credit card has largely held up, ensuring a steady flow of cash into airlines’ coffers.

“You’re going out to spend money on your credit card, whether or not you’re flying,” said Andrus.

Some investors say this represents a desperate move by airlines that are looking for any assets that they can pledge as collateral to borrow new funds.

The worry is that pledging away the mileage programs as collateral could undermine the the amount of money existing lenders would usually recover from their initial investment if the company enters bankruptcy proceedings, Tom Graff, head of fixed income at Brown Advisory, told MarketWatch.

But for now, investors see the more important issue as airlines having enough cash on hand to get through to the other side of the coronavirus pandemic.

Prices for other Delta bonds did not take a hit after it announced the new debt issue on Monday, suggesting other bondholders feel it’s a case where the more cash, the better.

Delta’s six-year bond set to mature in 2026 traded at 105.2 cents on the dollar, up slightly from 103.9 cents at the end of last week, according to data provided by MarketAxess.

In other markets, the Dow Jones Industrial Average DJIA, +0.29% was clinging onto gains on Wednesday even as the Nasdaq Composite COMP, -1.03% was trading lower. Meanwhile, the 10-year Treasury note yield TMUBMUSD10Y, 0.692% was up marginally to 0.685%.

US Equities: Resilient Force or Case Study in Denial?

Personal Finance Daily: What NOT to do with your savings as interest rates fall and another state rolled out a free-college plan