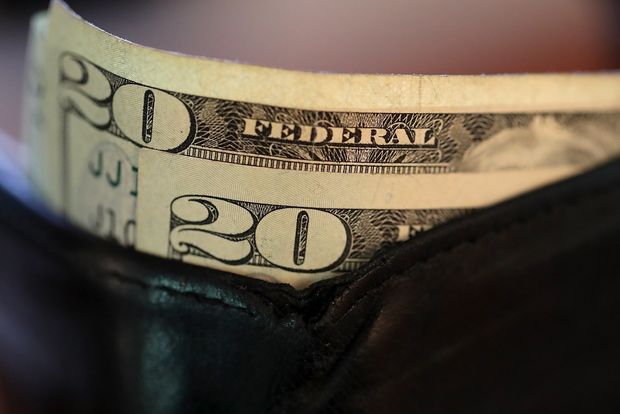 Bulls are convinced the American consumer -- and the stock market -- are going to be fine, even if politicians fail to approve another round of fiscal stimulus before next month's elections. But some economists see consumption taking a big hit after a robust third quarter. Read More...

Bulls are convinced the American consumer — and the stock market — are going to hold up fine, even if politicians, as appears increasingly likely, fail to approve another round of fiscal stimulus before next month’s elections.

See: Pelosi says stimulus deal must be agreed to within 48 hours

Some economists, however, have doubts about just how much buying power consumers have left after an admittedly robust third quarter. Worryingly, the latest round of weekly data on jobless claims showed that first-time applications for benefits unexpectedly rose, hitting a seven-week high and possibly signaling that resurgent COVID-19 outbreaks in several states are hurting the labor market again.

Read: What will put the nail in the fiscal-stimulus coffin? The calendar, maybe

Investors looking for comfort can point to retail sales and readings on consumer confidence, Jeffrey Schulze, investment strategist at ClearBridge Investments, told MarketWatch in an interview.

Bulls certainly were cheered Friday by data that showed September retail sales rose by 1.9%, far surpassing the 0.7% consensus forecast produced by a Dow Jones Newswires survey of economists. On top of that, the preliminary reading of the University of Michigan’s consumer sentiment index edged up to 81.2 this month from 80.4 in September — the highest since March though still well below pre-pandemic levels.

The continued run of strong sales and rising confidence in the third quarter defied expectations the consumer would falter as supplemental weekly unemployment benefits of $600 a week ran out at the end of July.

“Our concern was that consumer spending was going to fall off as the stimulus went away and the checks stopped,” said Richard Grasfeder, senior portfolio manager at Boston Private, in an interview.

Grasfeder said he was surprised by the resilience of American households, noting consumer expenditures in August were down only 3% from February levels.

Meanwhile, rising consumer confidence readings, particularly the forward-looking component of the gauge, have more in common with mid-to-late stages of an economic recovery than the early part, Schulze said — a development that’s in keeping with robust home and auto sales.

Bulls contend that the all-important consumer is, generally speaking, in good shape. The robust round of coronavirus aid enacted earlier this year during the depths of the pandemic lockdown helped lift disposable income. That’s not unheard of during a recession, but the scope was particularly impressive, said Schulze, who illustrated the point in a recent note with the chart below:

Meanwhile, the U.S. savings rate soared as the pandemic lockdown threw millions out of work, while also shutting down shops and services. After peaking at 33.6% the rate has come down but remained at a historically elevated 14.1% in August.

“Consumers, despite the challenges, are in reasonable shape relative to the 2008 financial crisis. It does depend on some folks’ individual situation but from a broad-based perspective that’s true,” said Michael Arone, chief investment strategist at State Street Global Advisors, in an interview.

Skeptics contend the data masks an uneven picture and that robust September retail sales data could be a last hurrah unless another round of coronavirus aid is approved.

Without another stimulus package, “which is now very unlikely to be finalized this year, disposable income will contract sharply in both Q3 and Q4,” warned economists Aneta Markowska and Thomas Simons at Jefferies, in a note.

The problem, they said, is that while the savings rate is elevated, the excess savings are largely concentrated among high-income households and won’t provide a cushion for those relying on unemployment benefits (see chart below).

Economists at Oxford Economics also were penciling in a significant drop in consumption in coming quarters, barring immediate fiscal relief.

“The upcoming elections carry upside and downside risks for the economy, but a lapse in income support until 2021 would leave the U.S. consumer quite exposed during the fall and early winter,” they wrote (see chart below).

That said, the weakness could prove to be short-lived.

Markowska and Simons look for consumer spending to show zero growth in the fourth quarter, but, they wrote, with a “blue-wave scenario now the base case, a more generous fiscal package is likely in January, which will likely cause spending to reaccelerate in 2021.” The “blue wave” refers to growing expectations among investors and analysts that Democratic challenger Joe Biden will win the presidential election on Nov. 3, with his party retaining control of the House and taking over the Senate.

Failure by Washington to come up with an aid package by the first quarter would be a potentially harmful “policy mistake,” Schulze said. But it’s a mistake that likely will be avoided, he said.

Meanwhile, the economic momentum seen in the third quarter goes a long way toward explaining the market’s more-than-50% rise from its March 23 pandemic low. And it’s why bulls are confident that any near-term market setbacks, such as the pullback that equities suffered in September, will remain buying opportunities.

“The gaps between the market and the economy have closed and, against expectations, it was the economy that ended up closing that gap,” Schulze said.

The week ahead will give investors the opportunity to further gauge economic momentum, as well as a further deluge of third-quarter earnings.

Earnings Preview: Tesla and Netflix put big 2020 gains on the line in the coming week

September housing starts and building permits are due on Tuesday, while the Federal Reserve’s Beige Book compilation of anecdotal economic activity is set for release on Wednesday.

Economic Preview: The economy is getting better. No, it’s getting worse. Which is it?

Thursday will bring another round of weekly jobless claims data and will be closely watched after the latest figures showed an unexpected rise.

: Rockets GM who tweeted support of Hong Kong protesters is leaving the team
In One Chart: This is the last chart investors need to see ahead of the ‘Black Monday’ market crash anniversary
Comment

Here Are the Top 10 Most Popular Stocks on Robinhood

Deep Dive: Three stocks to buy during the coronavirus crash — besides the usual suspects

AMC Entertainment Surges 56% on Report of Talks With Amazon