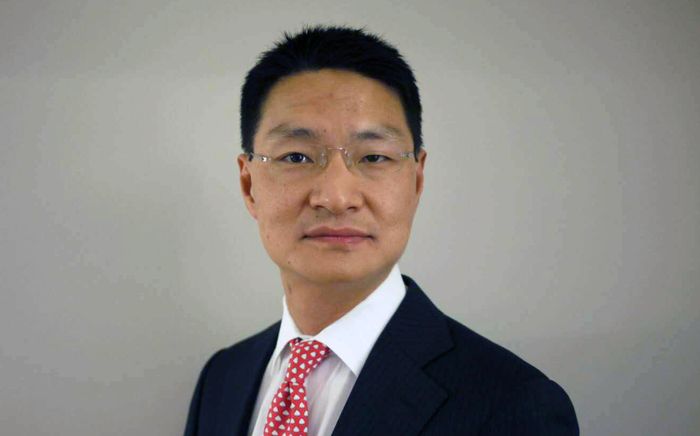 In the over-the-counter world of inflation derivatives, the conclusion is U.S. inflation won't come down fast enough to avoid more upset in the broader market. Read More...

For the past 20 years, Gang Hu has traded Treasury inflation protected securities and related derivatives instruments, working for big firms like PIMCO and Barclays before starting his own New York hedge fund, WinShore Capital Partners. During most of his career, inflation wasn’t much of a factor in financial markets and few took notice of what traders like Hu were up to in the so-called fixings market.

But as inflation roared back in 2021 and 2022, it has paid to watch the bets that Hu and his counterparts at other firms are making. In their obscure, over-the-counter corner of financial markets, traders like Hu have been buying and selling inflation-like derivatives, making fast judgments about where U.S. price gains could be headed. They’ve got big money on the line — with the prospect of making or losing millions of dollars on a single trade. And for much of the past year, they have been right.

Their conclusion as of this week: The annual U.S. headline CPI rate will continue coming in above 8% each month for June through September. And while there may be some signs that it’s easing relative to what traders had expected in June, it likely won’t be by nearly enough to soothe the financial market’s fears about the U.S. heading into stagflation. That, in turn, is likely to lead to at least three more months of financial-market tumult, with September’s data released in October, on top of a brutal first half in stocks and bonds.

“The underlying inflation story has not changed much,” Hu, 49, said in an interview. “The fixings’ view is that inflation probably peaks in September or October, and that maybe October is the turning point where things slow down.”

“Right now, the Fed is running against time,” the Shanghai-born trader said. “Inflation better slow down quickly and if it doesn’t come down by September, the Fed will have to probably get rates to around 2.75%. A soft landing depends on a quick turn south of inflation and expectations. But there’s no reason to expect that inflation will come down that fast. And every time we get another strong print, that feeds into the real economy or general psychology. The Fed has a narrow path of escape and it’s getting narrower. Until then, the recession trade continues in markets.”

Traders of so-called fixings, which are related to the $1.8 trillion market for Treasury inflation protected securities, or TIPS, have had a much more aggressive view about inflation over the past year than many prominent policy makers, economists, and investors. While many market players were debating whether recent price increases were “transitory” and the Federal Reserve was still pumping liquidity into the market as recently as March, fixings traders were betting on higher and more persistent inflation.

As their view on inflation panned out, the S&P 500 index SPX, +0.07% dropped, falling by more than 20% in the first six months of 2022 and producing the worst first half in the stock market since the early 1970s. At the same time, government bonds are heading into what might be shaping up to be their worst year since 1865. Inflation needs to trend lower over a period of time to satisfy policy makers and investors — not simply moderate from three straight readings above 8% between March and May.

Hear from: Ray Dalio at the Best New Ideas in Money Festival on Sept. 21 and Sept. 22 in New York. The hedge-fund pioneer has strong views on where the economy is headed.

“I don’t think we’re going back to the old regime of disinflation, but I do think inflation is going to be stickier than most people imagine,” said Chris McReynolds, head of inflation trading at Barclays UK:BARC, which trades fixings as a market maker.

“A lot of supply-chain issues have cleared up and there’s scope for some moderation compared to what we had in the spring and early summer. But we’re not going back to the disinflationary environment that we had prior to 2019. And there’s a risk that inflation doesn’t moderate enough,” said McReynolds, who was Hu’s former boss at Barclays.

Until the past year, traders of so-called fixings didn’t have all that much to sweat about. The U.S. was enjoying almost four decades of relatively low inflation, with annual headline CPI readings regularly coming in below 2% or 3%. And the Federal Reserve’s biggest challenge was how to nudge inflation sustainably higher, not lower. Players in the fixings market include traders at broker-dealers, mutual funds and mostly hedge funds — who also trade TIPS and inflation swaps, and whose activities got little attention, even sometimes within their own firms.

Then came the pandemic and the massive fiscal and monetary response from policy makers, which threw rocks into the ordinarily smoothly-running wheels of global commerce and left inflation surprisingly more persistent than just about everyone thought.

For the past year, though, it has been inflation-derivatives traders who have been the closest to being right. For example, they’ve mostly tried to avoid calling a peak in inflation as early as many others in the financial market did, and have foreseen each meaningful leg higher in the annual headline CPI rate since it started breaking away in April 2021: They called inflation’s move toward 6%, 7%, 8% and 8.6% even as most others clung to hopes that price pressures would fade.

Fixings market traders expect four more months of 8% or higher annual headline readings in the consumer-price index between June and September — an outcome that few in the broader financial market may be ready for. Policy makers are positioned for inflation, based on their preferred gauge, to fall back toward 2% by 2024 and over the long run — and many in the financial market have taken the Fed at its word, as demonstrated by recently falling long-run expectations in the rates market. September’s CPI number won’t be released until Oct. 13, adding to the likelihood of broader financial-market volatility through then.

A robust June jobs report, released on Friday, is only bolstering the view that inflation is a bigger problem than the labor market right now and that policy makers will need to keep aggressively hike rates. The June CPI report will be released next Wednesday, followed by the Fed’s July 26-27 policy meeting.

Players in the fixings market have varying opinions about the inflation outlook. Those opinions are then boiled down into trades that produce implied levels for the CPI’s annual headline readings each month — or what WinShore’s Hu describes as “the collective wisdom” from the market, with the greatest certainty around the next one to two inflation prints.

Fixings also offer some of the best color on what the market is thinking about: For example, since mid-June, traders have pulled back on their expectations that CPI could start trending at or above 9% — as the result of falling gas prices, readjusting their views faster than professional forecasters. As of Thursday, those traders saw annual headline CPI coming in at 8.9% for June, 8.4% in July, 8.3% in August, and 8.2% in September. From there, the rate was seen as gradually falling to as low as 3.4% next May.

If those expectations for the next handful of months play out, that would be enough to further upset financial markets, said Dec Mullarkey, the Wellesley, Massachusetts-based managing director of investment strategy and asset allocation for SLC Management, which oversaw $268 billion as of March.

That’s because the broader financial market has been “buying into the idea of an economic slowdown and inflation that is going to be under control,” Mullarkey said. “A shock in which headline inflation continues to stick at these levels means the Fed will have to continue with more 75 basis point moves, the Treasury curve will have to reprice, and we would see equities down 30% on the year. That kind of persistent inflation is something the Fed couldn’t ignore, and would certainly get us into a recession by the end of the year.”

Though he calls the fixings market’s view “extreme,” he said he’s not quick to dismiss it because “inflation has not been understood in this environment and the risk is that inflation doesn’t decelerate fast enough. Incremental changes such as a drop to 7.9% or 7.7% are not enough. We need to see more substantial slowdowns.” Until then, Mullarkey said, “there’s a risk of a markets-led recession.”

Read: Chances of a markets-led recession arriving sooner than expected are growing, investors and traders say

Inflation derivatives haven’t always turned out to be completely accurate — the sector can be behind the curve whenever the government changes its methodology or data sources for calculating inflation, as was the case in March 2017, September 2018, and March 2019, according to Pasadena, California-based analyst Omair Sharif, founder and president of Inflation Insights, who has tracked the sector’s track record.

Still, “for most of this past year, fixings have — for the most part — been a better predictor of CPI than most forecasters on the street,” Sharif said in an interview. Fixings, in part, “reflect the idea that we might be in a different, higher inflation regime now than in the past, whereas economists might still be using their old models to forecast inflation.”

Some of the most accurate players in the market aren’t from big-name firms, but from less well-known operations with employees whose only job is to sift through price data, said WinShore’s Hu, the 20-year veteran of TIPS and fixings trading. Devoting full-time resources to price changes virtually ensures that those trading shops are coming up with the most accurate feel for inflation, he said. Like most market players, fixings traders are highly incentivized to bet correctly and can be richly rewarded for turning out to right.

“Every trade has a buyer and seller who can make money by being more accurate than everyone else,” Hu said. “We’re not actively trading unless we see a very clear edge, so we’re not as active as we want to be.”

Though Hu won’t disclose his current positions, strategies or firm’s returns, he’s open about his early losses. In 2003-2004, when he was a junior trader at Barclays, Hu said he suffered his first heavy loss of $500,000, or a quarter of his yearly $2 million trading budget at the time, on a three-month fixing that was the predecessor to the current one-month CPI fixing. Inflation came in higher than he expected, Hu said.

“What we really know is the next one or two fixings levels. But we don’t have any information about what the world looks like after October or November,” Hu said. “The market is trying to put its best foot forward by saying, `That’s the best guess I can make.’ But we really don’t know. And everyone else doesn’t know either.”