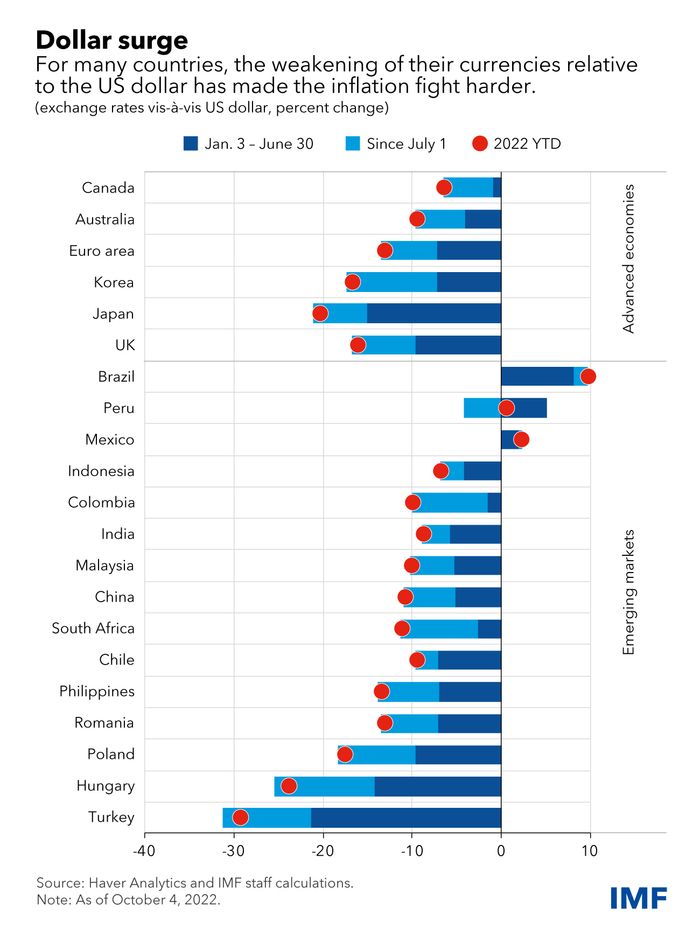 Amid all of this year's wild volatility in financial markets, there's one undisputed winner: the U.S. currency. Read More...

Amid all of 2022’s wild volatility, there’s one thing that investors can still count on: the strong U.S. dollar.

The ICE U.S. Dollar Index DXY, -0.89%, which measures the U.S. currency’s strength against a basket of six other currencies, is up 20.6% in the past 12 months, with the greenback thrashing major counterparts like the yen USDJPY, -1.64% and pound GBPUSD, +0.58% in the process, while wreaking havoc all over the world.

This comes at a time when all three major stock indexes DJIA, +2.47% SPX, +2.37% COMP, -0.81% are nursing double-digit percentage losses this year, global government bonds have been stuck in one of their greatest bear markets ever, and even gold has had a choppy year.

Read: A rampaging U.S. dollar just booked its strongest quarter in at least 7 years as investors search for safety

To understand why the dollar is outperforming other assets by so much, even as projections point to 100% certainty of a U.S. recession in the next 12 months, it’s useful to take a step back.

First, currencies always trade relative to what’s going on everywhere else in the world and, right now, rapidly rising U.S. interest rates compared with other countries are the major reason the dollar is appreciating. In technical parlance, that’s known as the interest-rate differential, or difference in monetary policy among central banks.

The Federal Reserve is standing resolute in its efforts to bring down inflation with rate increases, especially after September’s hotter-than-expected consumer-price index produced an 8.2% year-over-year headline rate. Meanwhile, Europe— which reported a 9.9% annual inflation rate for September on Wednesday — is facing an energy crisis that, according to the International Monetary Fund, puts the European Central Bank on a shallower path for interest rates. And in Asia, still-low inflation in Japan and China has enabled central banks there to buck the global tightening trend.

Around the world, this interest-rate differential is weakening a swath of currencies against the dollar.

Officials in one country, Japan, are so alarmed by the depreciation of their currency against the dollar that they reportedly intervened to prop up the yen, which tumbled to as low as 151.95 to the dollar on Friday. Already, there’s been broader debate about whether a multicountry intervention along the lines of the 1985 Plaza Accord needs to take place, but analysts doubt it. One big reason is that a strong dollar helps to hold down inflation domestically, by reducing the cost of imports, and is thus helping the Fed do its job to some extent.

Read: Soaring U.S. dollar spikes above key 150 yen level as Japanese currency slides to 32-year low and Why a soaring dollar is raising questions — and doubts— about a Plaza Accord-style intervention

“The struggle right now is the speed with which this dollar strength has happened, where it can become intense and problematic,” said Tom Nakamura, a portfolio manager and currency strategist at AGF Investments in Toronto, which managed C$38.4 billion ($28.2 billion) as of September.

“Such a strong move can trigger a liquidity or credit crisis as companies in other countries try to meet their dollar-denominated obligations. I don’t believe that it’s come to that point yet. But speed is something that is important, whether it’s in the foreign-exchange market or interest rates, because there’s an adjustment process. The faster it happens, the less likely economies around the world can adjust to it and absorb it smoothly,” he said.

There’s a number of ways to judge the dollar’s performance and one of the most common is by using the ICE U.S. Dollar Index, which is calculated about every 15 seconds from a feed of spot prices on different currencies. Six currencies — the euro, Japanese yen, British pound, Canadian dollar, Swedish krona and Swiss franc — are weighted against the dollar to come up with a calculation of how the U.S. currency is performing.

The index has rallied 16.5% in 2022 and, as of Friday, was trading just 2% below a more-than-two-decade high set in late September, according to FactSet.

Interestingly, Brent crude is the only asset this year that’s managed to outperform the U.S. Dollar Index, according to figures provided on Monday by the BlackRock Investment Institute, the research arm of the world’s largest money manager.

You may have recently heard the dollar described as a wrecking ball and it’s easy to see why. For one thing, foreign governments and private corporations have trillions in dollar-denominated debt that they’re struggling to pay back. For another, U.S. multinationals which do business in multiple countries are seeing their profits and sales erode.

Based on one reported estimate from Credit Suisse Group AG, every 8% to 10% jump in the dollar leads to, on average, a roughly 1% hit to U.S. companies’ profits.

Read: Inflation Is Yesterday’s News. A Strong Dollar Is Next Big Threat for U.S. Multinationals.

American corporations have been lamenting the greenback’s rise since at least June and this past week brought more indications of how much the strong dollar is taking a toll.

Johnson & Johnson JNJ, +2.18% said it is seeing pressure from the U.S. currency and cut its sales forecast for the year, even though it reported third-quarter earnings that beat estimates. Streaming giant Netflix NFLX, +7.98% linked the dollar’s strength to a weaker fourth-quarter outlook, and Procter & Gamble PG, +1.25% blamed the greenback and rising inflation for fiscal-year earnings that will likely be at the low end of the company’s own forecasts.

James Solloway, chief market strategist at SEI, which oversees about $1.3 trillion in assets, said he wouldn’t be surprised to see a temporary reversal in the dollar’s trend. Meanwhile, a team at JPMorgan Chase & Co. said that with investors fleeing almost every asset class this year and cash on the sidelines reaching a 10-year high, “we stay long the dollar as a hedge to a hawkish Fed in the near-term.”

Though it’s not always the case, analysts say the strong dollar has clearly exacerbated the headwinds facing the U.S. stock market this year.

It’s a “clear negative” for the S&P 500, with industrials, materials, consumer staples and technology being the most sensitive to a stronger U.S. currency, according to a report by RBC Capital Markets. By contrast, stocks in sectors like financials, utilities and real-estate investment trusts should be more insulated, it said.

Read: U.S. dollar’s dominance tends to hurt these sectors of the stock market less, says RBC and The Dollar Keeps Hitting New Highs. The Stock Market Doesn’t Like It.

Investors with throbbing headaches from the stock-market’s double-digit losses in 2022 can be forgiven for wanting to just get away from it all, if they’ve still got the money to do it.

Today’s strong dollar is benefiting American travelers when it comes to booking hotel stays and paying for food plus fun excursions in Europe, the U.K., Japan and just about everywhere else.

Some of the cheapest places to travel on the U.S. dollar include Costa Rica, Vietnam and Romania — although anywhere outside the 50 states will do. Some well-heeled Americans are even going further by splurging on European homes, where a single purchase can end up being tens of thousands of dollars cheaper than it was earlier this year.

“The concept of dollar strength can be good in different situations,” Nakamura of AGF Investments said via phone on Wednesday. “It could lessen inflation pressures that would have been stronger otherwise domestically. Foreign exporters can benefit from weaker currencies relative to the dollar, which means that Americans can enjoy cheaper imported goods. For the average American, they can also benefit from a dollar that stretches further if they travel abroad.” 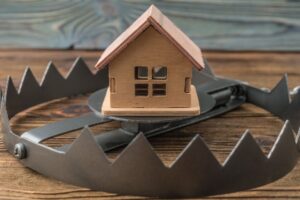 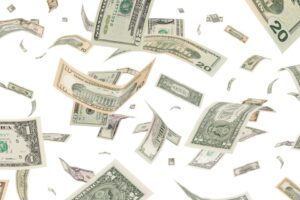 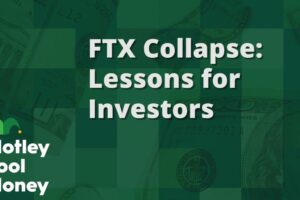