Inflation and bonds don't mix. So it is curious that a surge in the rate of inflation in 2021, accelerating at its fastest pace since the 2008 financial crisis, is being met with bond buying rather than selling on Wall Street. Read More... 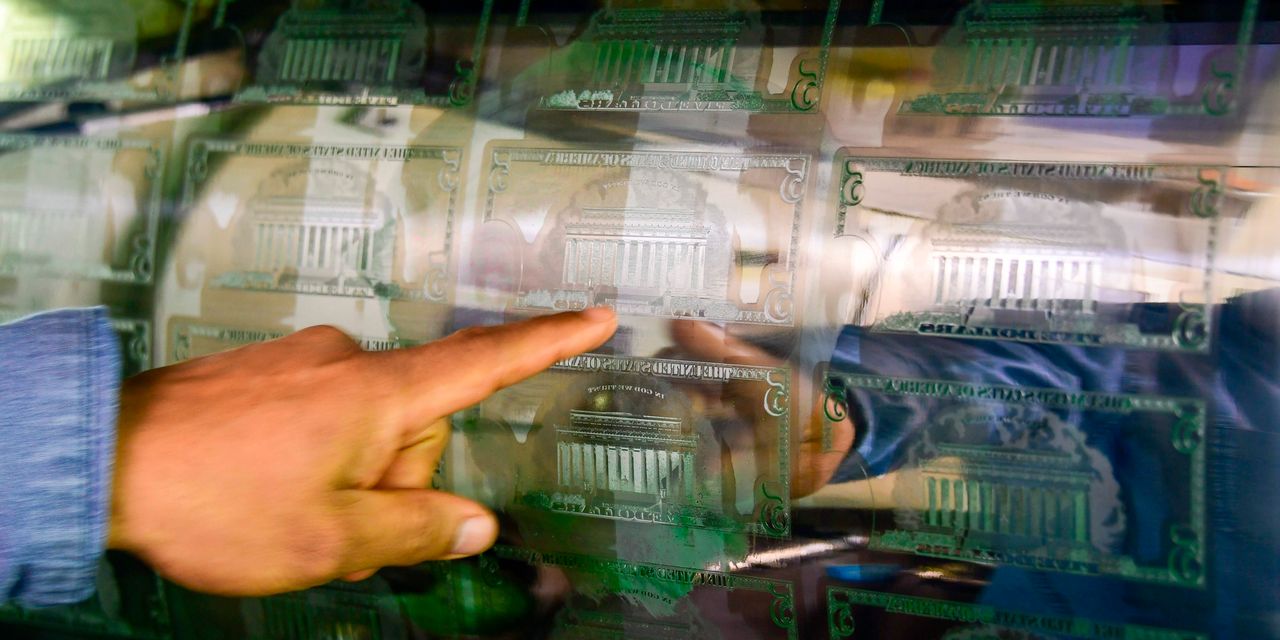 Inflation and bonds don’t mix. So it is curious that a surge in the U.S. rate of inflation in 2021, accelerating at its fastest pace since the 2008 financial crisis, is being met with bond buying rather than selling on Wall Street.

Inflation is anathema to government debt because it can erode the asset’s fixed-value, making coupon payments and the return of principal less valuable amid an uptrend in pricing pressures.

That is why evidence of inflation usually leads to selling in bonds, pushing yields, which move opposite to prices, higher.

However, lately, yields for benchmark debt have been holding the line, and even pushing lower, in the face of what could be viewed as mounting confirmation of percolating inflation.

Indeed the benchmark 10-year Treasury note yield TMUBMUSD10Y, 1.447% was around its lowest level since early March late Thursday, and the 30-year TMUBMUSD30Y, 2.132% long bond yield was around its lowest since mid to late February, even as a measure of the cost of living surged in May, driving the pace of inflation to a 13-year high of 5%, as the economy attempts to recover from the COVID pandemic.

The consumer-price index jumped 0.6% last month to mark the fourth large gain in a row, the government said Thursday. Soaring used-car prices accounted for one-third of the overall increase in May. Economists polled by Dow Jones and The Wall Street Journal had forecast a 0.5% increase in the CPI.

See: Inflation is surging. How high will it go? Check out MarketWatch’s new tracker.

Here are some reasons why yields were mostly falling, not rising, in longer-dated bonds:

The market is hungry for long-dated debt.

Patrick Leary, chief market strategist and senior trader at Incapital told MarketWatch that “there is a ton of cash that needs to find a home…and Treasuries are the easiest thing for thing for them to buy.”

The Fed offers 0% at that short-term facility but banks and money-market funds have been willing to park money there because there are few other short-term investments available that don’t actually charge to place funds overnight.

Check out: The CPI-vs.-PCE debate and other ‘rabbit holes’ to avoid when considering inflation

Leary said that banks and other institutions view owning Treasurys in the current environment as better than other assets and the hunt for yield is driving investors to 10 and 30-year paper.

The CPI data is hot but analysts believe that any rise in inflation will be short term.

“I’m not saying everything will be transitory but the reality is the big numbers we are seeing now are indicative of bottlenecks and a broad reopening,” Gregory Faranello, head of U.S. rates at AmeriVet Securities, told MarketWatch.

Incapital’s Leary also said that 52% of the rise in core measures of CPI for May reflected a rise in used cars, vehicle insurance and airline fares, in April 64% of those factors contributed to perkier inflation.

So far, the Federal Reserve has been given the benefit of the doubt that inflation will be temporary.

Many Treasury investors have been position to see a selloff in bonds so the tilt to buying has amplifying the fall in yields, Faranello said. Many traders assumed that a further confirmation of inflation would lead to a surge in bond yields but that didn’t manifest and was instead read as a confirmation of the Federal Reserve’s argument for shorter-lived price pressures.

“I do think that the positioning story is a big part of the story,” the AmeriVet strategists said.

The market is awash with liquidity at least partly because of the Fed’s $120 billion a month asset-purchase program, known as quantitative easing or QE. The U.S. central bank may discuss tapering QE at its coming two-day policy meeting starting June 15 as inflation ratchets up, but until then, its purchases of short and long-dated bonds is helping to flood the markets with easy-money.