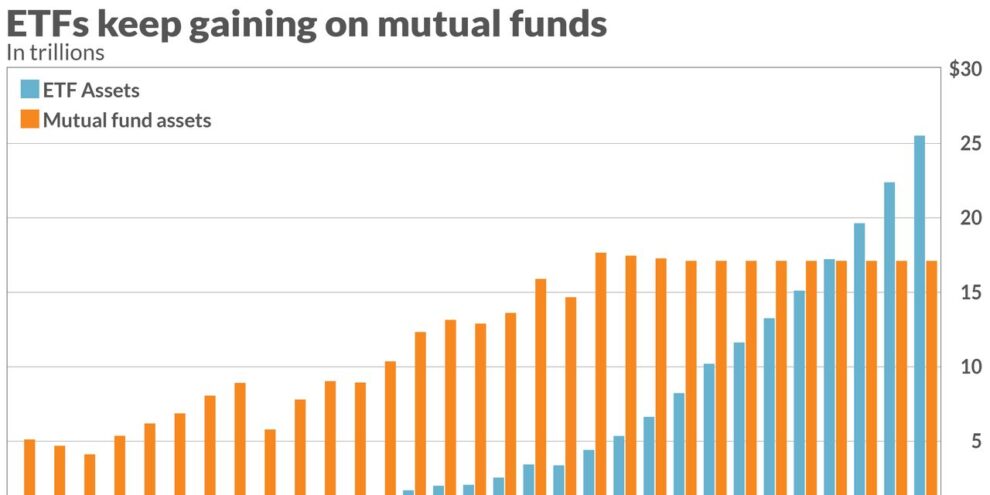 2020 proved that it's hard to make predictions, especially about markets. Still, some trends almost are certain to transpire next year in the ETF industry and for investors in the products. Read More... 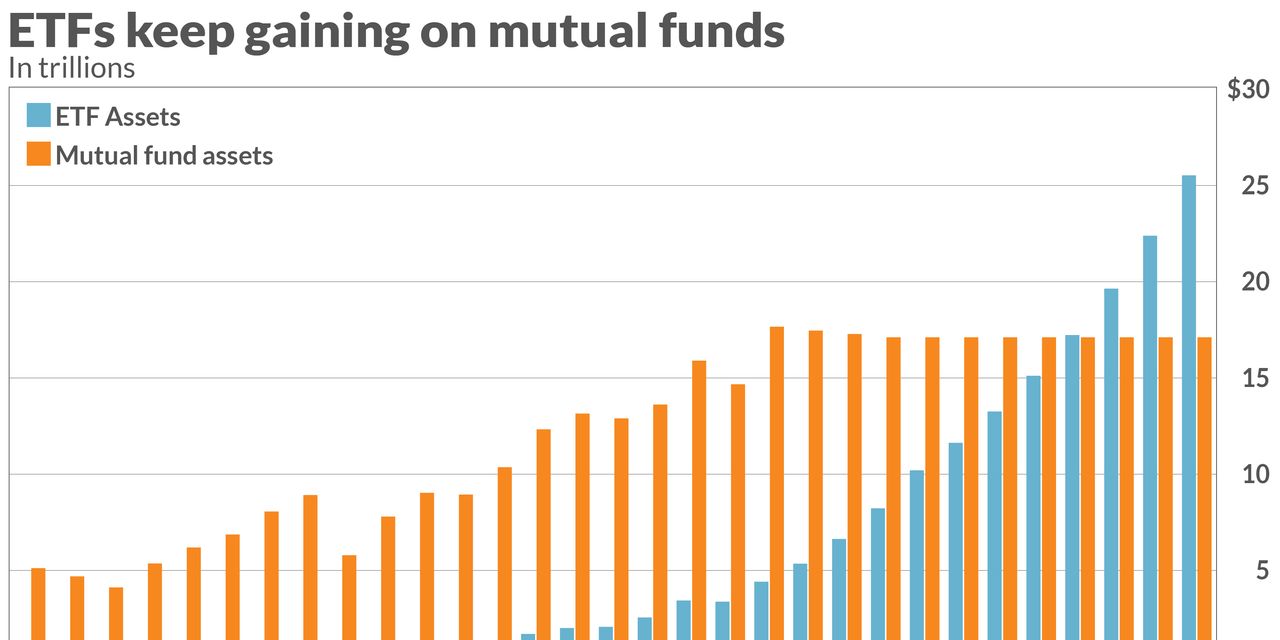 In the final month of a year like no other, it’s a bit humbling to try to forecast trends for 2021. Who among us had “ETFs will serve as proxies for stocks when circuit breakers close the market” on their 2020 bingo cards, after all?

Still, life goes on, and MarketWatch rounded up a few intrepid exchange-traded fund industry-watchers who were willing to offer predictions. There will be some continuity — as Amrita Nandakumar, president of Vident Investment Advisory put it, ETFs always have been about the democratization of finance, and that won’t change. But there may be some shiny new advances as well. Bitcoin ETF, anyone?

Active non-transparent (sometimes called “semi-transparent”) ETFs were a long-awaited industry development that finally came true in 2020. They purported to offer a proven ETF structure to active fund managers who thought they had a secret sauce to protect. It’s an idea that some industry participants adore and others find silly -– and that bifurcation may stretch into 2021.

Nandakumar views “ANTs” as the very epitome of ETFs’ democratization of finance, because they bring “sophisticated managers” to the masses, with lower fees and tax efficiency. “There is renewed interest in active management in ETFs,” she said –- in both less-transparent and fully transparent forms.

In contrast, Dave Nadig, chief investment officer and director of research at ETF Database, gives ANTs’ performance so far a “B-minus. They’re in a steady state. They work. They’re trading. Now the question is, does anybody care? There isn’t a lot of money chasing them,” he told MarketWatch.

Paul Kim, CEO and co-founder of Simplify Asset Management, sums it up this way: “This year has only put an exclamation point on the fact that ETFs are the way of the future. The jury’s still out on whether some of the new entrants can translate their business to the ETF vehicle, and ANTs will be put to the test in the next few quarters.”

One of the biggest stories of 2020 was the blockbuster performance of one of the most transparent managers in the financial markets, Ark Invest’s Cathie Wood. The company’s flagship fund, the ARK Innovation ETF, ARKK, -1.06% has gained 143% in the year to date, trouncing the 40% gain for the broad tech-oriented Nasdaq Composite Index COMP, -0.23%.

More opaque ETF strategies still may have a shot in the year ahead, Simplify’s chief revenue officer, Brian Kelleher, said, even though questions remain. “Is ANT going to be enough? Active managers have showed that full transparency works. If there’s competition that’s willing to be fully transparent, all else equal, I don’t see why investors wouldn’t go with that.”

See also: Coronavirus was the perfect storm for tech innovation, and this fund manager made out

For all the discussion about what managers will choose to do, there’s a much more seismic shift going on in the industry, one that keys in even more closely on the democratization trend Nandakumar references. It’s the steady rise of direct indexing, which utilizes complex software to allow individual investors to essentially be their own portfolio managers. Each of the industry participants we spoke with have been watching closely as big players snatch up smaller ones with sought-after technology.

“BlackRock buying Aperio gives you a pretty clear sense of what’s going on,” Nadig said. “I think we’re in the stage of everyone recognizing it’s a thing, and people scrambling to acquire. Now the question is, who’s going to come out with something for consumers? I don’t think it’s a 2021 proposition, although it could be. It’s just a matter of will.”

Direct indexing “isn’t an ETF killer,” Nandakumar told MarketWatch. “It’s a complement, and it won’t be for everyone. I don’t anticipate the typical investor will have the time or energy for it, but I think we’re going to hear a lot about it. A lot of people will be trying to learn about it and figure out if it makes sense for them.”

Read: This innovation could do for investing what Napster and the iPod did for music — and financial services may never be the same

What ideas and sections of the market will investors seek out next year?

“We’re already seeing the earliest move out of U.S. megacaps into essentially everything else,” Simplify’s Kim said in an interview. “Emerging markets, international developed markets, small-caps, to some extent value. The question is, how much of a trend is it, or is it just a short-term reversion to the mean? If it’s really a trend we could see the market drive much higher” as previously unloved segments get some attention from investors.

At the end of a year packed with themes, from religion to biotech to funds that capture our brave new world, “has theme fatigue started already, and if not, is it coming?” Nandakumar asked.

Theme investing is considered yet another democratizing tool, because it offers securities wrapped in a story that can make sense to retail investors. Still, “in some cases it’s not a real value add,” Nandakumar said, adding that in every case, investors still must “look under the hood” to make sure the specific construction of the fund, not just the marketing, match their expectation.

See: Will mutual funds get a second wind… as ETFs?

The appointment of a new chair for the Securities and Exchange Commission is “the biggest hanging chad” in the market right now, Nadig said. “We’re going to get somebody new which could open up some bottlenecks on things like a bitcoin BTCUSD, +0.73% ETF.”

Also worth keeping an eye on, Kelleher told MarketWatch, is whether the new administration, which may be more focused on raising tax revenue, may favor some changes that make investing in ETFs less tax-friendly than they are now.

Read next: ETF giants want better labeling. Not everyone is convinced

When will ETFs overtake mutual funds?

As MarketWatch reported last year, industry pioneer Nadig has been making the same stump speech since 2009. ETF assets under management will top those of mutual funds at some point. In 2009, his forecast “cross-over” date was 2025, but by 2019, thanks to the explosive popularity of ETFs, he moved his date up a year, to 2024.

What happened? “Two years of exceptional market moves,” Nadig said. For incoming money flows, “it’s worse than ever for mutual funds,” but if the market — mostly US-based equity funds SPX, -0.13% — churns 15-30% higher for two straight years, it hides the fact that mutual funds aren’t just treading water, but losing 4-5% of their assets under management every year.

“It will take ETFs longer to catch up, because of compounding,” Nadig said. “Nothing in the narrative changed but the market growth.”

After restricting a group critical of Thailand's monarchy, Facebook says it will take legal action against the government

The $30 Trillion Megatrend To Watch As Markets Bounce Back