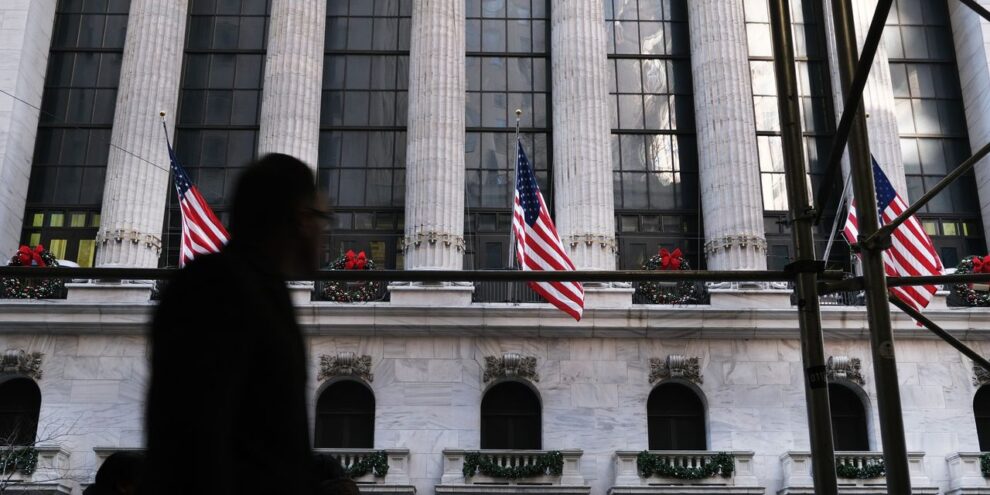 Losses for the main U.S. stock gauges firmed late-morning Friday, a day after benchmark indexes closed at record highs, with investors focused on talks in Washington over another round of economic relief. Read More... 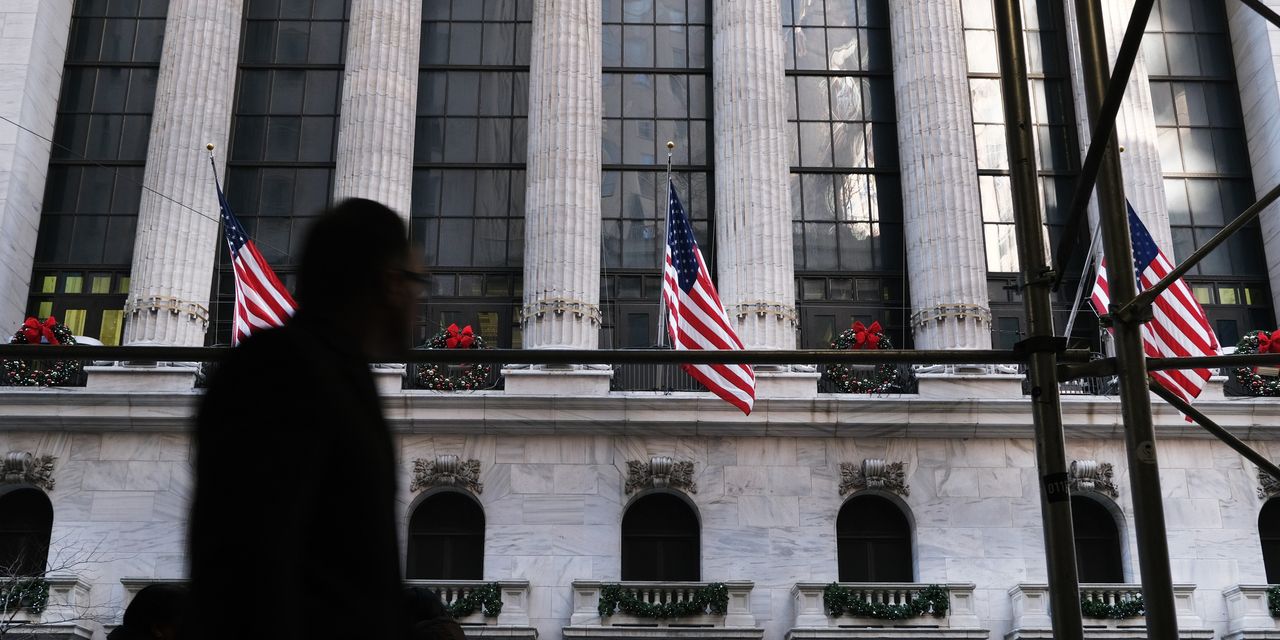 Losses for the main U.S. stock gauges firm late-morning Friday, a day after benchmark indexes closed at record highs, with investors focused on talks in Washington over another round of economic relief.

Friday also marks what is known as “quadruple witching day” — the date when stock-index futures, stock-index options, stock options, and single-stock futures expire simultaneously, a potential source of volatility. The inclusion of Tesla Inc. into the S&P 500 at the conclusion of trading Friday and a rebalancing around the normal rebalancing in the benchmark also is likely to add some choppiness to markets, experts say.

Republican and Democratic lawmakers continued to negotiate toward a $900 billion package of economic relief that would send checks to households, extend unemployment benefits and provide aid to small businesses. At the same time, a midnight Friday deadline to complete a bill funding government operations loomed, leaving the possibility of a government shutdown in the midst of a worsening pandemic.

Still, the path of least resistance for equities may remain to the upside on continued expectations that a worsening economic backdrop, as illustrated by a Thursday rise in first-time jobless claims data, will push Congress to complete a deal, analysts said.

“Lawmakers from both major U.S. political parties said that failing to agree on a COVID-relief package is not an option, while Republican Senate Majority Leader Mitch McConnell said that talks could spill into the weekend,” said Charalambos Pissouros, senior market analyst at JFD Group, in a note. “In our view, this suggests that a bill is more likely than not to pass before the end of the year. ”

Meanwhile, a second COVID-19 vaccine is expected to soon be rolled out. An independent advisory committee on Thursday voted 20-0-1 that the benefits of Moderna Inc.’s MRNA, -2.02% COVID-19 vaccine candidate outweigh the risks, a recommendation that sets the stage for a likely Food and Drug Administration authorization. Moderna shares were down 4.7%. Inoculations using the vaccine developed by Pfizer Inc. PFE, -1.06% and BioNTech SE BNTX, -1.82% began earlier this week.

Quadruple witching could generate above average volume due to the way traders and market makers trade out of hedges on existing futures and options contracts, said Brian Overby, senior options analyst at Ally Invest, in a note. The added volume could contribute to volatility as traders redeploy capital after taking positions off.

That said, the S&P 500’s reaction to witching day has been muted in recent years, Overby noted, with the index falling by an average of 0.2% over the last decade.

The U.S. economic calendar is light to end the last full trading week of 2020. The current-account deficit, a measure of the nation’s debt to other countries, rose 10.6% in the third quarter largely because of an increase in the trade gap on goods.

A reading on leading economic indicators from the Conference Board for November rose 0.6%.

: Facebook’s Mark Zuckerberg threatened to withdraw investment from ‘anti-tech’ U.K. in regulation row
Got $3,000 and 10 Years? These 3 Stocks Could Make You Rich
Comment

Microsoft (MSFT) Dips More Than Broader Markets: What You Should Know

The Moneyist: My mother gave me a substantial financial gift. I gave it back. My soon-to-be ex-husband says half belongs to him