U.S. stocks remain mixed Friday afternoon, after slumping when after the Federal Reserve said it would not extend temporary relief from capital-requirement rules for banks. Read More... 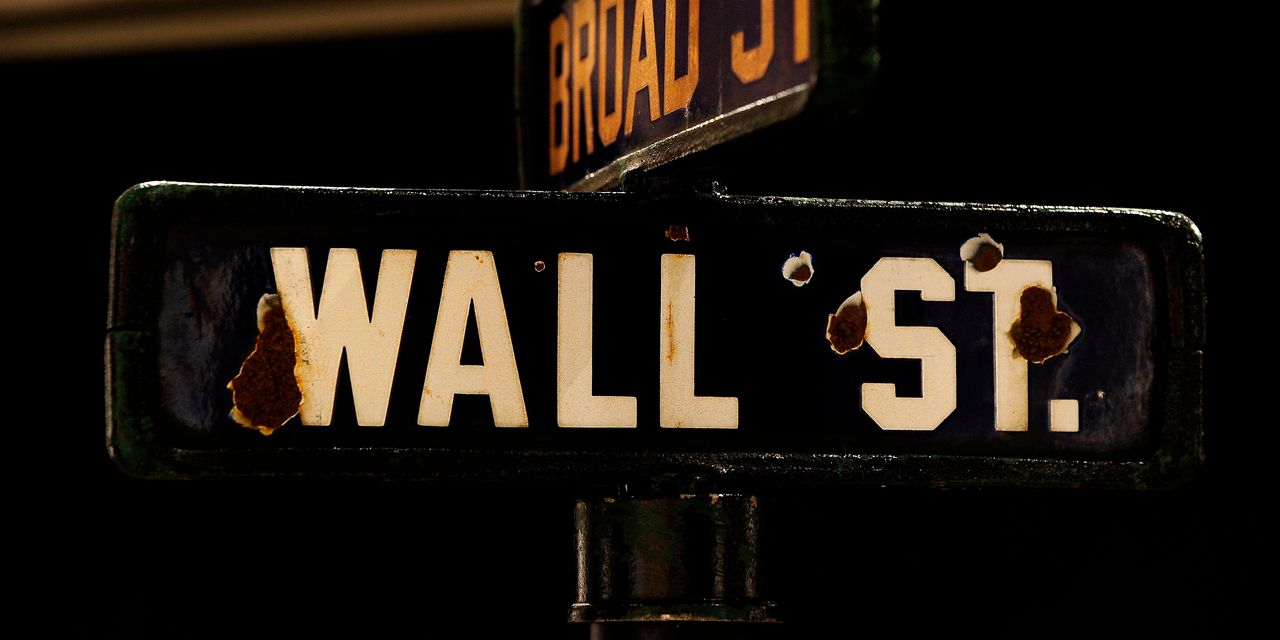 U.S. stocks were mixed in midday action Friday, with bank stocks under pressure after the Federal Reserve said it wouldn’t extend temporary relief from capital-requirement rules for banks, but technology shares recovered some ground.

On Thursday, stocks stumbled, with the Nasdaq Composite falling 3% as it suffered the brunt of selling pressure as bond yields rose. The Dow Jones Industrial Average gave up a gain to end lower, while the S&P 500 also slumped as a sharp selloff by oil futures dragged down energy shares.

Stocks slipped after the Fed said it it would allow an exemption that let banks to exclude Treasurys and deposits with the central bank from calculation of a key bank capital measure known as the supplementary leverage ratio to expire on March 31.

The jump in bond yields over the past seven weeks has hit technology and other growth stocks whose high valuations rely on expectations for earnings far into the future. The equities slump on Thursday came after the Federal Reserve struck a dovish tone at its policy meeting on Wednesday but bond yields rose on expectations for economic recovery and inflation this year.

“The Fed and Powell gave what I’d describe as a very dovish press conference but since then bond yields are higher and stocks are lower. You almost get the sense that maybe the bond vigilantes are starting to come back a little, not to overstate that,” said Keith Hembre, chief investment officer for Minneapolis-based Liniam Capital.

Fed Chairman Jerome Powell reiterated in a Wall Street Journal editorial on Friday that the central bank will provide aid to the economy ‘for as long as it takes.”

With $1.9 trillion in stimulus money hitting the economy just as activity is set to accelerate anyway, Hembre said in an interview, “maybe the bond market is trying to give policymakers a sense that there is a constraint on their actions.”

Despite the widespread belief that both the coronavirus aid package and the economic reopening will juice earnings and the financial markets, Hembre wonders how much is already priced into stocks — and what will happen when both fade.

“The issue is, do we have another fiscal cliff?” he said. “We’ll have very strong growth this year but then in 2022, are we going to be even more dependent on stimulus to maintain the strength?”

“Although the Fed couldn’t have sounded more dovish this week, Powell and his colleagues have inadvertently given the green light for yields to continue surging by signaling that they are happy to let inflation overshoot their target as they prioritize growth and employment,” said Raffi Boyadjian, senior investment analyst at XM, in a note.

Read: The Fed is dovish but bond yields soared. What gives?

Despite some signs of consolidation Friday, “it’s hard to see this rout in bonds subsiding soon,” Boyadjian said. “Without clear communication from the Fed on how far it is willing to see financial conditions tighten before it identifies the moves as disorderly, yields may keep on rising until markets find out what the central bank’s tolerance threshold is.”

Friday also marks quadruple-witching day, a term that refers to the simultaneous expiration of stock-index futures contracts, options on those contracts, single-stock futures and stock options. The quarterly event can sometimes lead to volatility.

What to Expect From HP's Results

Where Will Macy's Be in 5 Years?