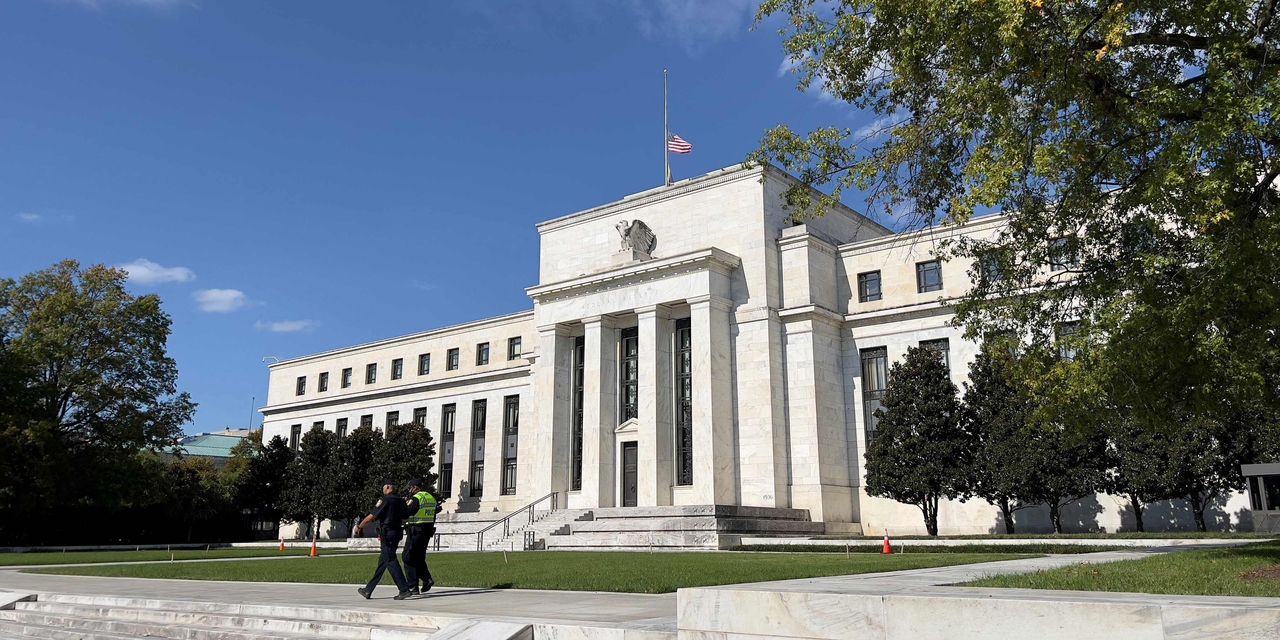 U.S stocks edged higher Tuesday afternoon, with major benchmarks trading at another round of all-time highs supported by better-than-expected earnings reports, ahead of a Federal Reserve policy statement Wednesday that is likely to bring confirmation of a start to a reduction in its bond purchases.

Third-quarter corporate earnings have held up despite supply chain disruptions, rising commodity prices and uncertainty about economic growth in the fourth quarter.

How are stock indexes trading?

Stocks were trading modestly higher as the Fed began its two-day meeting on Tuesday, with expectations that the central bank will announce it is going to reduce the rate of its bond purchases on Wednesday.

“The markets are in a bit of a holding pattern today,” as investors wait to hear from the Federal Reserve after it concludes its policy meeting Wednesday, said Jeffrey Schulze, investment strategist at ClearBridge Investments, in a phone interview Tuesday. “I’m expecting the Fed to announce the tapering decision tomorrow,” he said, but “I don’t think the Fed is going to give much guidance on the path of rate hikes.”

The Federal Reserve is “arguably the most dovish central bank in the world,” according to Schulze, who is expecting the U.S. economy to remain strong next year.

Treasury yields eased on Tuesday as investors reduced bets on the extent of central bank policy tightening after Australia abandoned its yield curve control policy but signaled it was unlikely to raise interest rates any time soon. Investors have also priced in a 15-basis point hike from the Bank of England on Thursday as policy makers face a surge in inflation.

“The key question going into this meeting will be to what extent the Fed pushes back against market pricing, which now suggests the Fed will begin raising rates by the middle of 2022,” said Bill Diviney, senior economist at ABN Amro.

Read: Fed seen announcing start of a ‘taper’ of bond purchases this week

Major U.S. stock indexes have rallied to all-time highs on better-than-expected third quarter earnings reports, despite supply chain disruptions and fresh curbs on consumer activity in China and parts of Europe as coronavirus cases rise again in some countries.

“While worsening supply-chain bottlenecks and stubbornly strong goods consumption in the U.S. have raised the risk of more persistent elevated inflation, and uncertainty is high, we continue to think there is a high bar for the Fed to row back on its signaling that the end of asset purchases would not be immediately followed by rate hikes,” he said.

Companies are showing that they can work through supply-chain management issues, which may “dissipate” by the second half of next year, according to Brian Vendig, president of MJP Wealth Advisors in Westport, Connecticut.

Demand is still exceeding supply as “there’s disruption in the short term,” Vendig said Tuesday by phone. “But if you think about it from a standpoint of 12 months or more,” he said, “inventory levels are going to be rebuilt and goods are going to be transported more efficiently to where they need to be.”

“We’re still going through the sausage-making process of the reconciliation bill,” said Schulze. But it appears that corporate tax hikes will be lower than what was anticipated in September, which has helped support the stock market’s move higher over the past month, he said.