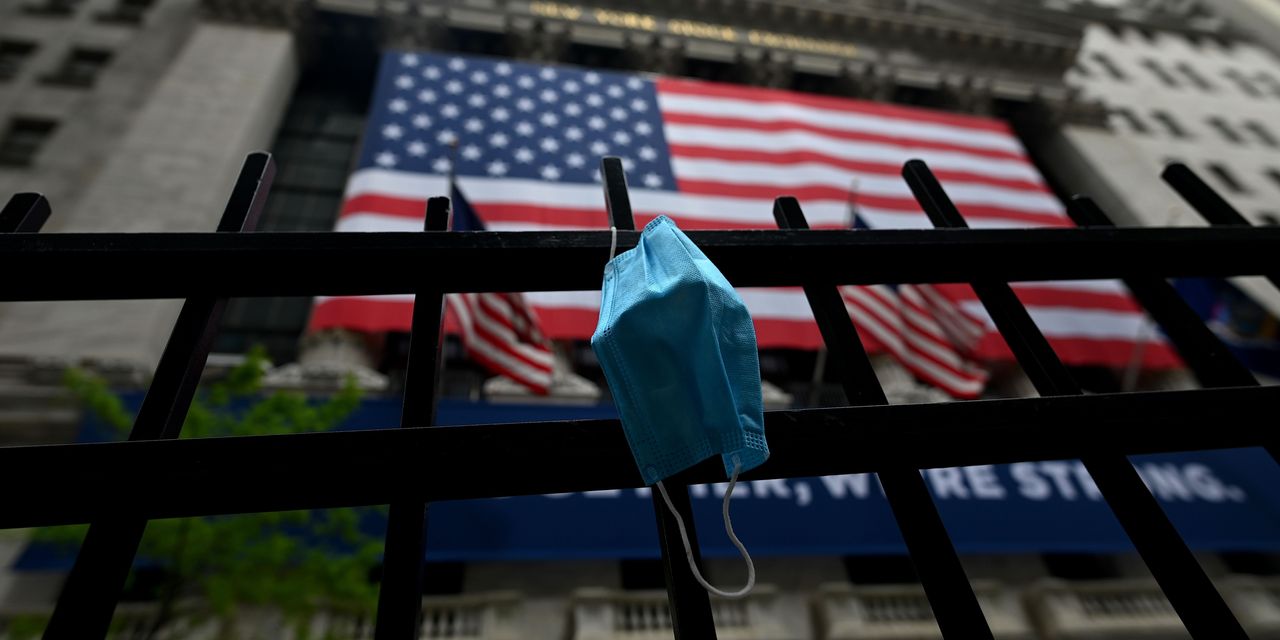 The Dow and the S&P 500 have seen four straight days of losses, the longest losing streak for both since June 18, according to Dow Jones Market Data.

The bulls were back in force early Friday to cap a holiday-shortened week that has seen stocks suffer losses for four consecutive days and may result in losses for a second week.

The week’s slump comes amid concerns about the impact of the delta variant of the coronavirus on global economic growth in recent months.

Biden on Thursday announced new vaccine mandates, including a requirement that executive-branch employees as well as federal contractors vaccinate, with no test alternative. He is also discussing a Labor Department rule requiring businesses with 100 or more workers to ensure their employees are vaccinated or show a negative test result weekly or more frequently.

The U.S. is averaging just under 150,000 new cases a day, with 53% of the population fully vaccinated, which is well behind many countries in Europe and Canada, according to a New York Times tracker.

While the focus is on rising COVID cases, markets are also watching the Federal Reserve for the timing of the tapering its bond-buying purchases. Recent comments by policy makers have suggested to some that the Federal Reserve could announce its tapering plan sooner rather than later. Investors will have to wait until Sept. 21-22 for the next Federal Open Market Committee meeting. However, there is already speculation that the Fed will set the stage at its next meeting for an announcement of a plan to taper its monthly asset purchases at its November gathering, according to The Wall Street Journal.

Meanwhile, a report on wholesale inflation came in hotter than expected. The U.S. producer-price index rose 0.7% in August, the Labor Department said Friday, down from a 1% jump in July but up from average forecast of economists polled by WSJ for a 0.6% rise.

A number of Fed officials have described inflation as short-lived and economists are starting to talk about prices peaking in the wholesale sector. However, producers are still struggling with shortages, bottlenecks and transportation woes.

“We expect major central banks to remain supportive of growth, keeping rates lower for longer. This is positive for equity markets, particularly cyclical and value areas of the market,” said Mark Haefele, chief investment officer at UBS Global Wealth Management, to clients in a note on Friday.

The European Central Bank said on Thursday that it would conduct asset purchases under its pandemic emergency purchase program, or PEPP, at a “moderately slower pace” after accelerating purchases in recent quarters.

Sentiment also appeared to be getting a lift from geopolitics, with broad gains across Asia after a phone call between Biden and his Chinese counterpart Xi Jinping. “The call lasted 90 minutes with both sides putting their own spin on the call, although the civilized tone seemed to serve as a general boost to risk sentiment overnight,” said Saxo Bank’s chief investment officer, Steen Jakobsen, in a note to clients.

Key Words: Former Bill Clinton adviser: Only one thing is keeping Hillary out of the 2020 race