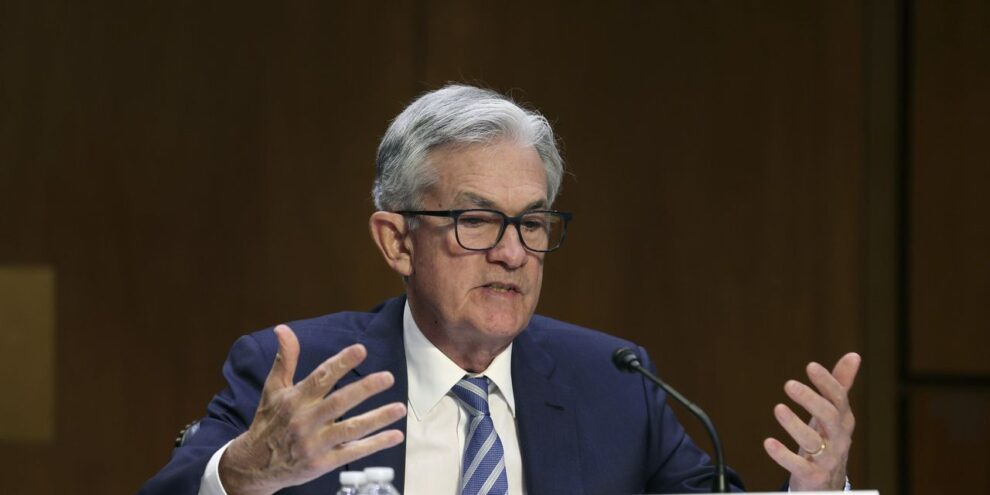 Earlier U.S. stock gains are fizzling at midday, after Fed Chairman Jerome Powell acknowledged that a recession in the U.S. remains a possibility. Read More... 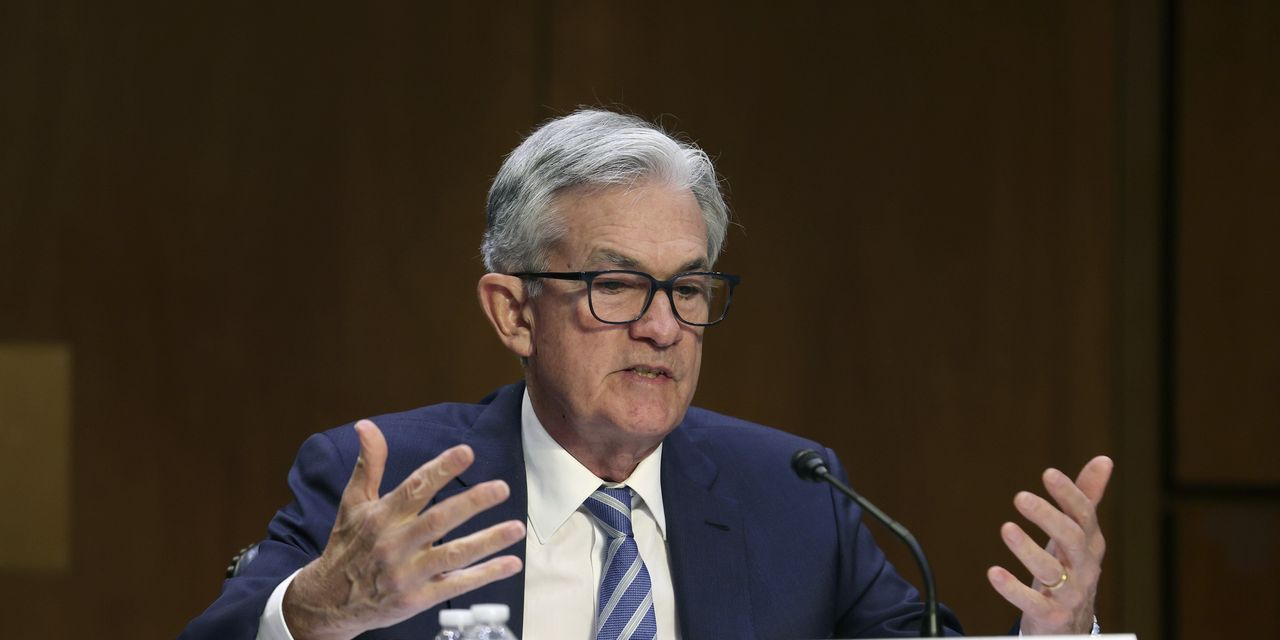 U.S. stock gains were fizzling on Thursday, with the Dow Jones Industrial Average turning negative, but with the Nasdaq Composite aiming to clinch a second daily gain.

All eyes remain on Federal Reserve Chairman Jerome Powell, who is answering questions from the House Financial Services Committee during a second day of Congressional testimony.

On Wednesday, the Dow fell 47 points, or 0.1%, while the S&P 500 and Nasdaq Composite also finished slightly lower.

Investors are increasingly focused on the threat of a sharp economic downturn as the Federal Reserve gets more aggressive in tightening monetary policy. Fed Chair Jerome Powell on Wednesday told the Senate Banking Committee that a recession was a possibility even as he stuck to his message that the economy is strong enough to withstand a series of interest-rate hikes. Powell was appearing before a House panel on Thursday.

“The ‘unconditional’ notion that the Fed would be prepared to tolerate a recession if that is ultimately required to tame inflation has not been repudiated,” said Krishna Guha, vice chairman of Evercore ISI.

“But the fact that this was kept in the background not the foreground [on Wednesday] both avoids opening the Fed up to political attack from the left, and confirms that Powell does not want to do anything that might prematurely foreclose on the possibility of a softish landing, even at the cost of leaving the Fed short of Volcker-esque maximum forcefulness on inflation at this time.”

Still, it was difficult to pinpoint an exact driver of stocks on Thursday, with analysts blaming myriad technical factors.

Analysts also were watching the S&P 500 trade near 3,800, as a key resistance level, with a meaningful break above it potentially leading to more gains.

The recent talk of recession has brought the yield on the 10-year Treasury TMUBMUSD10Y, 3.044% down to 3.04% from as high as 3.48% earlier this month. Falling yields can help long-duration assets such as technology stocks and bitcoin BTCUSD, +1.97%, which rose in early action on Thursday.

New filings for unemployment benefits declined by 2,000 last week to 229,000 while remaining near a five-month high. It’s the latest sign that the U.S.’s red-hot labor market is finally starting to cool.

U.S. private-sector activity saw a sharp slowdown in growth in June, a pair of surveys showed, as high inflation forced customers to cut back on orders and rising interest rates induced worries about a recession.

The S&P U.S. services index fell to a five-month low of 51.6 in June from 53.4 in the prior month, based on flash or preliminary survey. The U.S. manufacturing index, meanwhile, slid to a nearly two-year low of 52.4 from 57 in the prior month. A reading above 50 indicates expansion.