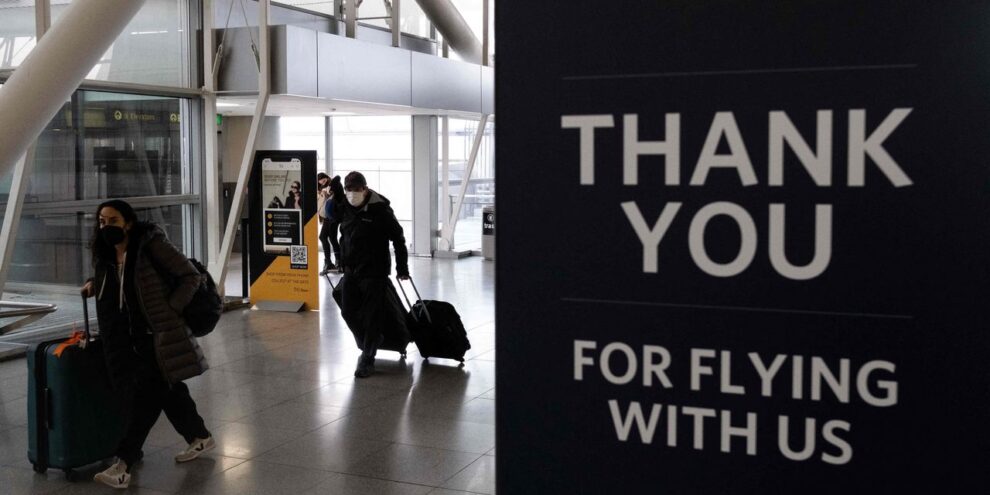 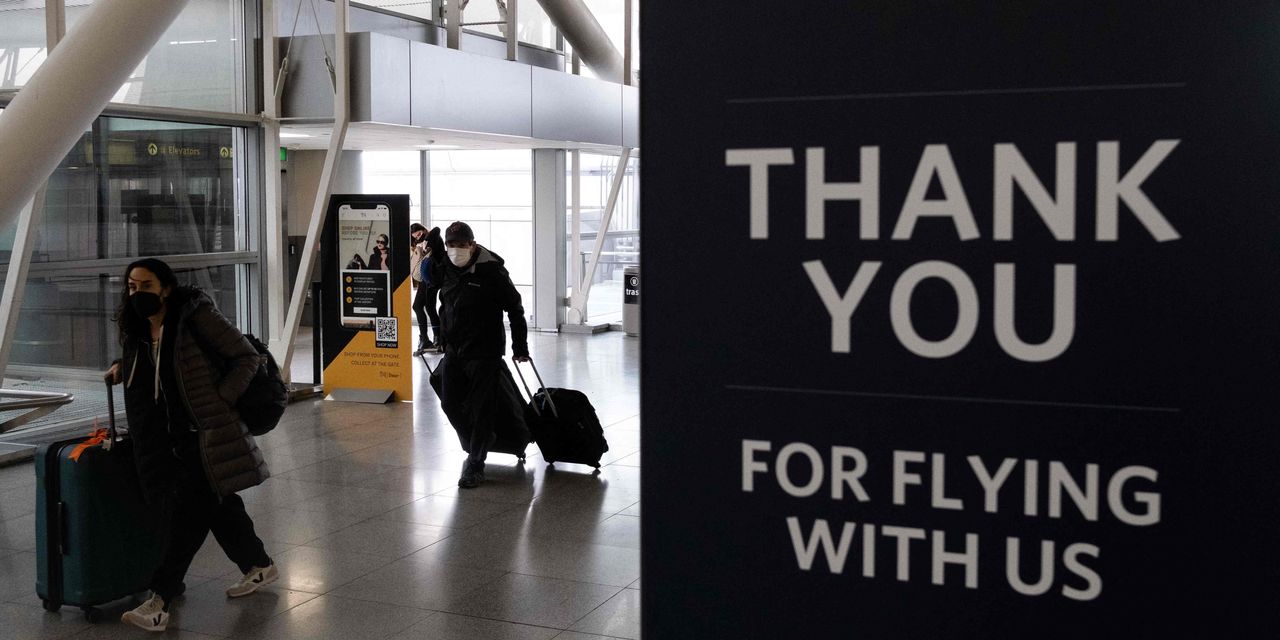 U.S. stock benchmarks rose Monday afternoon, with gains in technology and energy shares helping to establish an intraday record for the S&P 500. That could bring its 69th record close of 2021.

But travel-related names were under pressure after surging COVID-19 cases triggered hundreds of U.S. flights to be scrapped over the holiday weekend.

Optimism that the latest wave of COVID-19 won’t severely disrupt the U.S. economy pushed stocks higher on Monday, even as coronavirus upended Christmas travel, and White House medical adviser Dr. Anthony Fauci warned against complacency over the omicron variant. Fauci said the new wave of infections could end up swamping hospitals even if many cases appear mild.

While travel was a mess, the retail side of the economy appeared to be holding up, with Mastercard Spending Pulse reporting that holiday sales rose 8.5% against a year earlier, the biggest annual gain in 17 years.

“Despite the variant, consumers are resilient,” said Peter Cardillo, chief market economist at Spartan Capital Securities, in a phone interview.

“With COVID and high inflation, you’d think that might have taken a bite out of the consumer spending spirit, but it didn’t,” he said. “Of course, down the road when interest rates finally begin to move higher, that might slow any major gains ahead, in terms of the stock market. But for now, it’s a green light.”

The week ahead may see lower volumes than normal, as investors take an extended break. Many will be watching for the start of the so-called Santa Claus rally, a seasonally bullish period in the last five trading sessions of a year and the first two in the new year.

Read: The stock market hasn’t been this stomach-churning in December since 2018. Here’s the setup for the year’s final week.

“The focus among investors and traders continues to remain on three important factors. Firstly, the economic data — traders would like to see more strength in the economic numbers, then you have the ongoing omicron COVID infection ratio — this is increasing for the last number of weeks, and finally the hawkish monetary policy stance among central bankers,” said Naeem Aslam, chief market analyst at AvaTrade.

Aslam said there are concerns that post-New Year’s Eve will see more spikes in infections, or governments clamping down ahead of time.

“The fact is that no one wants to see another total lockdown as they have an adverse influence on the economy. The world is still suffering from supply bottleneck shortages due to COVID restrictions introduced last year,” he said, in a note to clients.

What stocks are in focus?