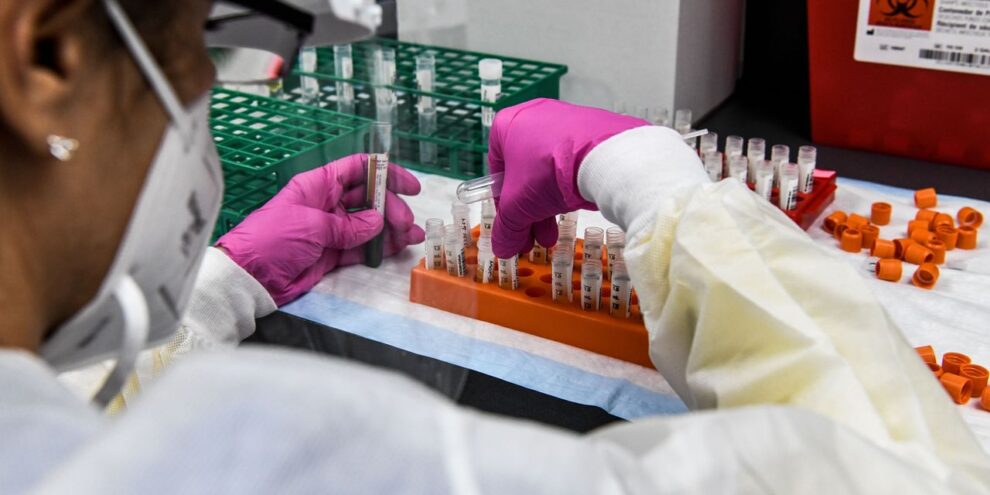 Stocks rise sharply Monday in a rally fueled by optimism over progress toward a COVID-19 vaccine. Read More... 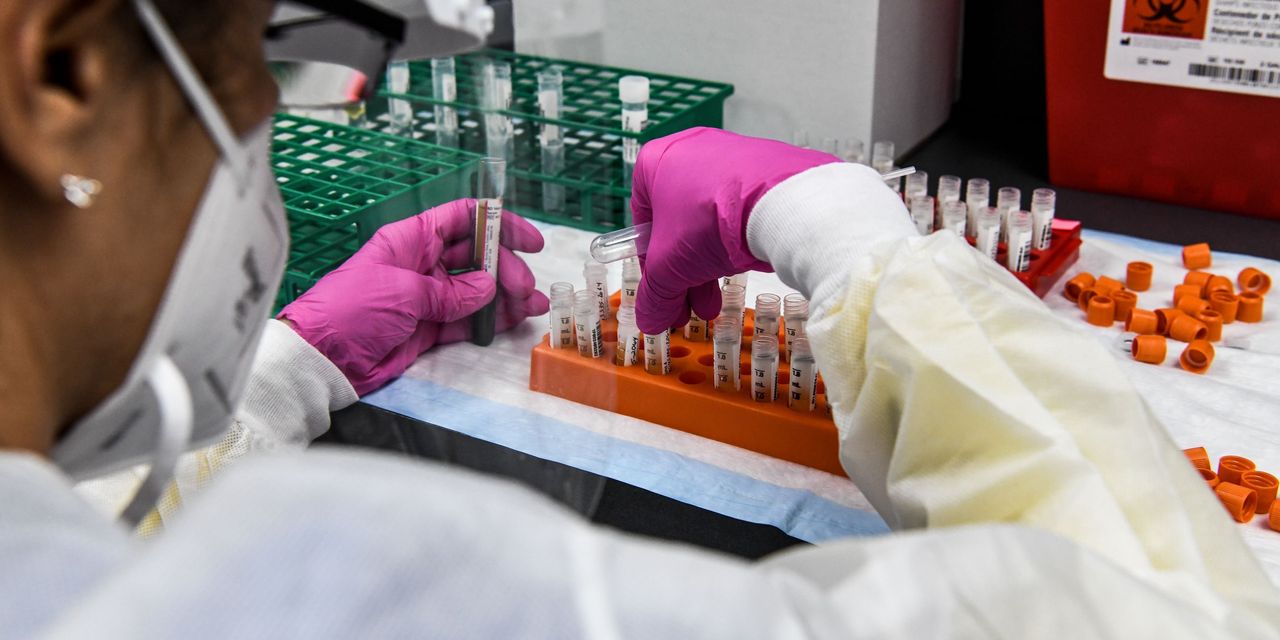 Stocks were higher Monday afternoon, after Moderna Inc. said its vaccine candidate proved highly effective in preventing COVID-19 infections, bolstering the least-loved sectors and industries as investors rotated away from shares of companies that thrived in the stay-at-home environment created by the pandemic.

Stocks closed with strong gains Friday, pushing the S&P 500 to its first record close since Sept. 2 and the Russell 2000 RUT, +1.54% to its first record since 2018. A rotation away from large-cap tech juggernauts that have been the main beneficiaries of the work-from-anywhere phenomenon saw the Nasdaq Composite lag behind as investors rotated into stocks and sectors left behind by the pandemic.

The “great rotation” away from growth-oriented technology stocks into downtrodden shares of companies that make goods and provide services, tethering them to the U.S. economic recovery, deepened on Monday.

“Value is rocking and rolling and it’s up because of the vaccine news,” said Kent Engelke, chief economic strategist at Capitol Securities Management. “That’s showing, at least in my view, the underlying strength that might come back into the economy.”

Moderna MRNA, +10.70% said its COVID-19 experimental vaccine cut COVID-19 infections by 94.5%. The company said it plans to submit an Emergency Use Authorization with the U.S. Food and Drug Administration in the coming weeks. Moderna shares jumped around 8%.

Last week’s rally was inspired after Pfizer and BioNTech SE on Nov. 9 announced that their vaccine candidate was more than 90% effective in preventing COVID-19 infections in a late-stage trial.

“A vaccine was a dream in March, it’s a near reality today. That may not help during the current surge, but it does promise relief by mid-2021,” said James Meyer, chief investment officer at Tower Bridge Advisors.

The U.S. has been averaging 150,000 new cases a day, a soaring 81% increase from the average two weeks ago, according to a New York Times tracker, and a trajectory that Peter Hotez, dean of the National School of Tropical Medicine and professor of pediatrics and molecular virology and microbiology at Baylor College of Medicine called a pending “humanitarian catastrophe,” on CNN.

Even Sweden, known for its lax social-distancing requirements when compared with its Nordic neighbors, switched course and now ordered a ban on public events of more than eight people.

Read: Stock-market investors are ‘living through 3 transitions’ and short-term volatility may be ‘gut wrenching’

Deal-related news was also in focus, PNC Financial Services Group Inc. PNC, +1.86% agreed to buy the U.S. arm of Spain’s BBVA in an $11.6 billion transaction, the companies said Monday, in one of the largest bank tie-ups since the financial crisis. PNC shares rose 2.1%, while BBVA shares surged over 11%.

Meanwhile, investors looked past what looks to be a hard winter due to COVID-19 and a stalled transition of power, as President Donald Trump continued to refuse to accept the results of the Nov. 3 presidential election.

Trump early Monday tweeted that he “won the election,” prompting Twitter Inc. TWTR, -1.89% to apply a warning to the message that “official sources called the election differently,” a day after Trump appeared to acknowledge that Biden had won the election, while repeating his claim, without evidence, that the election had been rigged. Federal agencies have described the voting process as the most secure in election history. Trump subsequently tweeted that he had not conceded.

“The S&P 500 is having its best November in decades, and the Dow is on pace to close at a record today,” said Lindsey Bell, chief investment strategist for Ally Invest, in emailed commentary.

But Bell also said that it’s still unclear if vaccine hopes will bolster consumer spending during the holidays “a crucial period” that “could provide clues into what the next leg of the economic recovery will look like.”

In economic data, the New York Federal Reserve Bank’s Empire State index came in at a reading of 6.3 from 10.5 in October.

Stock Market Today With Jim Cramer: Hold Disney and Facebook
Earnings Outlook: Nvidia’s big change is about to flip back around
Comment

: Biden holds edge over Trump as battleground vote counts go down to the wire

Jeff Bezos Is Leading Amazon (AMZN) in the Right Direction

America just had another death linked to vaping-related lung illness