Stock-market benchmarks are trading lower on Monday, as investors wait to see if the Dow Jones Industrial Average and the S&P 500 will build on last week's record finish. Read More... 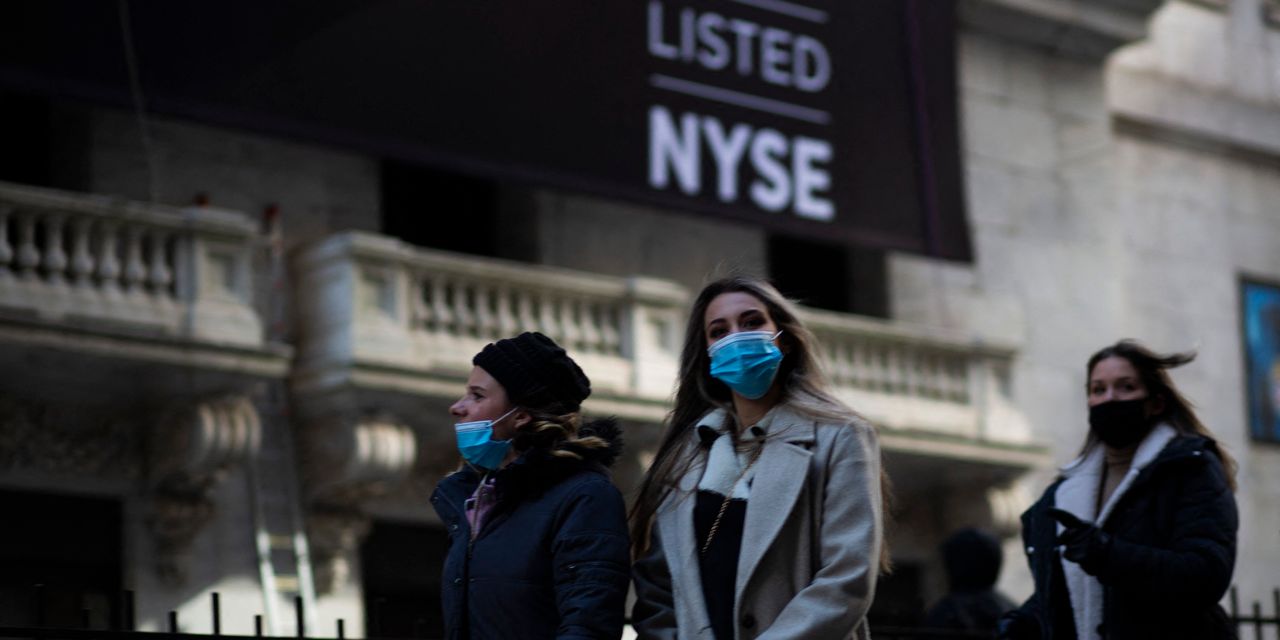 Stock-market benchmarks were trading lower on Monday, as investors waited to see if the Dow Jones Industrial Average and the S&P 500 would build on last week’s record finish.

Stocks were on the back foot Monday, after recording solid gains last week as President Joe Biden signed a $1.9 trillion COVID-19 relief package into law and investors shook off a sixth straight week of rising Treasury yields.

Those rising yields are seen as the main fuel behind a rotation away from previously highflying, large-cap growth stocks toward more cyclically sensitive, value-oriented stocks. In theory, higher bond yields make it tougher to justify stretched valuations for the most expensive stocks, while expectations for a broader economic reopening make cyclical stocks more attractive.

The Nasdaq early last week slipped into correction territory, defined as a pullback of 10% from a recent peak, but subsequently bounced back even as yields continued to rise. Monday saw a continuation of that trend, with tech shares outperforming the rest of the market but still trading lower.

“The rotation out of technology caused the Nasdaq to shed 10% from its highs; we think for now this trend has run its course,” said Peter Cardillo, chief market economist at Spartan Capital Securities, in a note.

“On the other hand, while the market may still need to adjust to higher yields, the discounting of a solid expansion will likely keep the indices within a rangebound trading pattern, with a tilt toward the upside,” he wrote.

Yields were lower Monday, with the rate on the 10-year Treasury note TMUBMUSD10Y, 1.603% down 3 basis points to around 1.60%, still near its highest levels in around a year. Yields and bond prices move in opposite directions.

A Federal Reserve policy meeting will grab investor attention this week, with policy makers set to conclude a two-day gathering on Wednesday. No monetary-policy changes are expected, but Chairman Jerome Powell is likely to once again face questions about rising bond yields, boosted by expectations for a pickup in inflation.

Powell “is likely to emphasize that significant uncertainties remain and that large gaps persist between the current and pre-COVID economies, particularly with respect to the labor market,” said Brett Ryan, senior U.S. economist at Deutsche Bank, in a note.

“As such, Powell is likely to reiterate that any discussion of tapering is ‘premature’ and that it will likely be ‘some time’ before the committee can assess when ‘substantial further progress’ will be achieved, he wrote.

The Empire State Manufacturing Index rose to a reading of 17.4 in March from 12.1 in the prior month, the New York Fed said Monday. This is the highest level of the index since last July and the ninth consecutive reading above zero, which indicates an expansion of activity.

: Just launched: an ETF made for black-swan moments like these