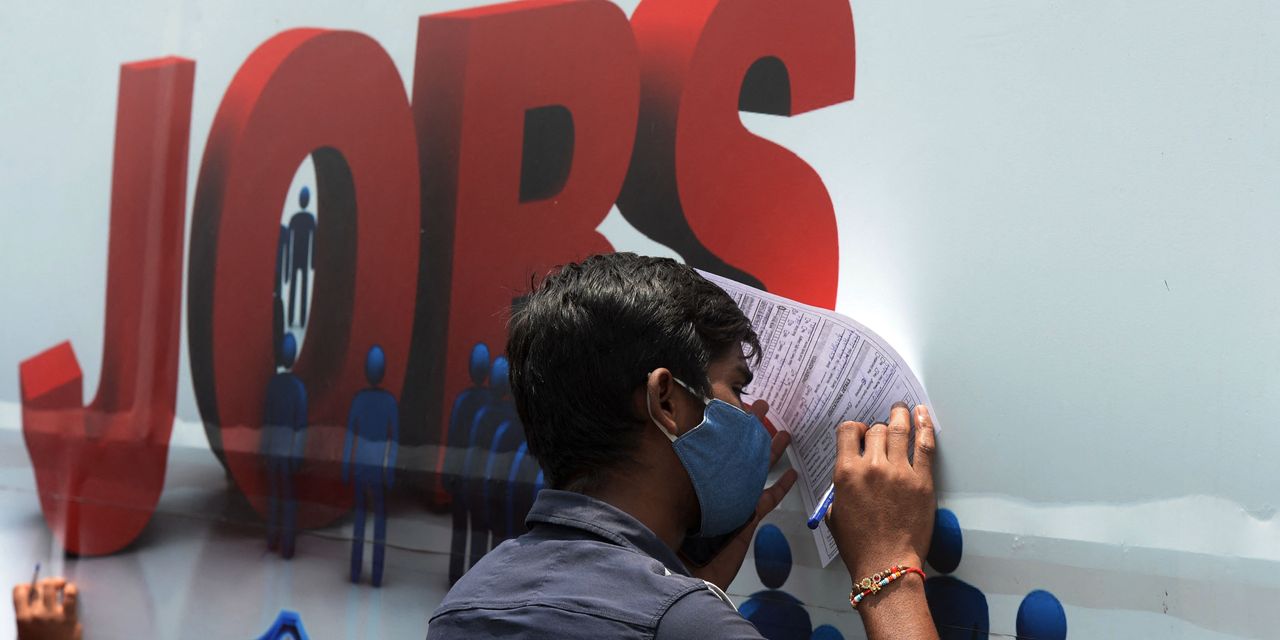 U.S. stocks pushed further into record territory Wednesday, despite an August private-sector employment report coming in below forecasts, which puts Friday’s monthly government jobs report and the timing for tapering of the Federal Reserve’s bond purchases in focus.

Stocks climbed further into record territory, even as private-sector job gains in August came in weaker than expected, in data published Wednesday.

But the “bad news” on the jobs front might be good news for investors on edge about the potential for volatility to kick up in September, and about the Fed’s eventual pullback of its easy-money policies, credited as a key source of record-setting prices for stocks and other assets.

“I think that September, and the volatility that’s usually around in September, can really come back into play,” said Sahak Manuelian, head of equity trading at Wedbush Securities in Los Angeles, in a phone interview.

“It’s been quite the grind higher, and these things are tough to sustain going into September and October,” Manuelian said. “But what is telling is that with this jobs report, even bad news is good, because it could mean further support in the form of more stimulus and aid.”

The Automatic Data Processing report showed a second straight month of weak jobs creation, with August adding 374,000 private-sector jobs, far below the 600,000 forecast by economists surveyed by The Wall Street Journal. On top of that, July’s rise in jobs was reduced to 326,000 from 330,000.

“All the attention is on jobs data this Friday,” said Jimmy Chang, chief investment officer of Rockefeller Global Family Office. “Relative to what we are currently experiencing in equities, which is a strong seven months of gains, it will be more difficult once tapering starts.”

Should Friday’s payroll figure disappoint, it might prompt Fed officials to delay any decision on when to start reducing its $120 billion of monthly Treasury and mortgage-backed securities purchases until the rate-setting group’s two-day meeting that starts Nov. 2, Chang said.

But tapering likely won’t be the only challenge for stocks this fall. Chang pointed to the looming end of the extra $300 in weekly pandemic unemployment benefits, “which obviously has been very supporting for consumer spending” as another factor, but also the likely end of peak corporate earnings, potentially more taxes as part of a $3.5 trillion spending plan and the unresolved debt-ceiling issue.

“Over the past few months, we had stars perfectly aligned,” he said, speaking to the combination of pandemic stimulus, reopenings and the initial vaccination push. “Everything that was so supportive for the market is starting to wane.”

In the U.S., the IHS Markit manufacturing purchasing managers index posted 61.1 in August, down from 63.4 in July, and broadly in line with the earlier released “flash” estimate of 61.2. A reading of 50 or greater indicates improving conditions.

“U.S. goods producers continued to register marked upturns in output and new orders in August, as demand flourished once again,” Sian Jones, senior economist at IHS Markit, said. “That said, constraints on production due to material shortages exerted further pressure on capacity as backlogs of work rose at a near-record rate.”

The Institute for Supply Management’s manufacturing index also showed a rise to 59.9 in ​August from 59.5 in the prior month, and a report on U.S. construction spending increased 0.3% in July.

Oil futures were lower Wednesday, after a meeting between the Organization of the Petroleum Exporting Countries and its allies, a group known as OPEC+, including Russia and Saudi Arabia, ended with no changes to their plan to gradually increase crude production.

Facebook Stock Gets a Downgrade. Watch the Threat From Snap and TikTok.
These are the three most important shows for Netflix: Analyst
Comment

Amazon (AMZN) to Report Q2 Earnings: What's in the Offing?

The FAANG stocks, in these uncertain times, are expected to rise as much as 35% over the next year